'Faith: Part I of a Mexican Trilogy' Completes a Significant Theatrical Achievement 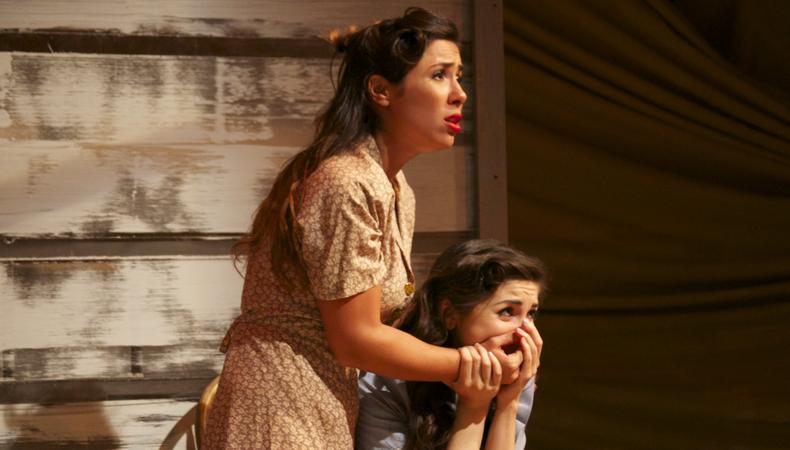 “Remember that one does not live easily upon this earth. But do not forget that above all you have come from someone.” Thus begins “Faith: Part I of A Mexican Trilogy” at the Los Angeles Theatre Center. This opening chapter in playwright Evelina Fernández’s imposing Latino Theater Company trilogy about a Mexican-American matriarchy forms the coherent Rosetta Stone of what is already a significant theatrical achievement.

Beginning with an arresting ritual blessing for 15-year-old Esperanza, followed by a fateful Catholic confessional, the singular triumph of “Faith” is how marvelously self-contained yet organically fused with its companion plays it proves to be. Indeed, “Hope,” awash in nuclear-clan corollaries to today by way of John F. Kennedy and 1960s pop music, and “Charity,” which conjoins magic realism, bilingual epigrams, and Pope John Paul II’s death into a commentary on timeless cultural truths, attain heightened impact via this seriocomic study of the Morales family in Arizona circa the late 1930s.

Esperanza (an assured Lucy Rodriguez) has grown, if not calcified, into a tight-lipped matron, determined that her three teenage daughters follow the strictures she learned before she ran away with ex-priest Silvestre (smartly underplayed Sal Lopez). What she doesn’t perceive is just how much all three are at heart their mother’s daughters, though Esperanza never sings like the Morales Sisters do.

The cast could not be better. Not only do America, de la Rocha, and Delgado resemble actual sisters, they are selflessly attuned to each other, the parents of Rodriguez and Lopez, Fernandez’s surrogate mom, and both suitors, with the decision to double cast Delgado as young Esperanza and Ponce as a priest quietly inspired. So is this trilogy, and nobody who cares about the progress of American dramaturgy should miss its wonderfully realized launching point.