Finding Your Voice as a Voice Actor 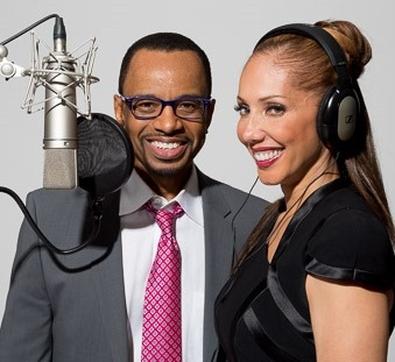 A common conversation in the art of voice acting revolves around the concept of “finding your voice.” It’s an important conversation to which every voice actor should pay close attention. As teachers of the voiceover craft for many years now, we’ve noticed that some students experience anxiety over this issue. Some confuse it with finding a niche or genre within which to find work. Others quickly move forward with little or no consideration to whether the concept has merit. “What is this mysterious voice that I have to find?” We have some guidance that will hopefully set your mind at ease. The good news is that it’s as natural as breathing and as plain as the nose on your face.

A quick look at human physiology reveals that the voice changes dramatically from birth to adulthood to the senior years. This is a natural process that often brings wonderful new colors to the timbre of the voice, even as the range may diminish. Of course, you can cultivate the quality of your voice through coaching, training, and a plethora of vocal exercises. You can also nurture and preserve the voice through practicing healthy habits and not exposing yourself to environmental irritants, like smoking. Regardless, the voice continues to age along with the rest of the human body and is therefore a moving target. In a very real sense, you never stop finding your voice.

Then, there is the psycho-social aspect of the voice. As you mature intellectually and emotionally with more life experiences, the way you use voice begins to reflect this history. The more life experience you have, the more stuff you bring to the table when interpreting a script. Consider a 20-year-old and a 50-year-old, performing the same script, and you can imagine how the seasoned maturity of one will differ from the youthful naiveté of the other. One’s voice is not just a matter of timbre. It’s equally a matter of how one thinks and feels about themselves and the world around them. Some people are soft-spoken because they carry a fear of being noticed. Others speak loudly and forcefully because they harbor a fear of being overlooked. Knowing one’s self is the simplest path to knowing (or finding) one’s voice.

Timbre physiology psychology practice equals your voice. This is the 360-degree picture of the elements of the voice as we think of it for performance purposes. It’s easier to find something when you know what you’re looking for. At the same time, the voice is a dynamic, ever-changing, and responsive aspect of your personal expression. It looks different from one life stage or milestone to the next. The most important thing to understand about finding your voice is that the essence of your voice is already present in the way you communicate each and every day in your life. For the voice actor, using his or her true voice becomes obscured as a result of three unnatural features of the craft:

1. The words you speak as a voice actor are not your words. They are written by someone else.

2. As a voice actor, you’re reading the words as opposed to generating them as a natural impulse caused by a need.

3. The actor assumes he or she must add or embellish with ornamentation in order to feel as though they are “acting.” It can’t possibly be as easy as being yourself.

With good coaching and dedicated practice, you can and will develop the skill of making the words your own. This is the ultimate realization of finding your voice and we see it time and time again in our coaching practice.

Listen and Observe
Listen to the way people speak to each other in everyday life. Yes, we’re encouraging you to eavesdrop. Take critical note of how a person’s need (intent) naturally translates into speech. If you can record without infringing on anyone’s privacy, do so. What you’ll hear is what is commonly referred to as “conversational” speech. No matter the nature of the subject or the emotional states of the speakers, they will speak in the natural way that everyday people speak. That is to say, without any voice technique, professional polish, or decorative stylization of the words. It’s the difference between trying to do something and simply doing it. Any special emphasis will come out of the speaker’s emotional need. There’s a night and day difference between having emotional authenticity and feigning it. If you do this exercise regularly, you will develop an ear for conversational speech. You can then build on this awareness by allowing the emotion and meaning behind the words of the script to sift throughyour unique point of view.

The Moment Before
A voiceover script is a definitive body of text. The actor speaks the first word on the page and off he or she goes. However, for a conversational or “real person” read, you want to do what real people do. Real people speak when inspired by a need. And deep down, the need is always compelling. Compelling is what wins auditions. Compelling is what entertains, educates, and illuminates. The voice actor must identify that compelling need before he speaks. This is the almighty moment before—a common technique in traditional acting.

Trust
No performance is more captivating than one that conveys authenticity. Voiceover auditions inevitably come down to a few options in terms of the timbre of the voice and actor’s ability to hit the key messaging. The element that sets one audition apart from the pack is the unique DNA of the actor’s point of view. While anyone can cultivate their vocal instrument, it is the incorporation of your heart and soul that allows your authenticity to shine through. Trust in who you are and embrace your point of view. You can’t fake it. Truly, who you are is all you have to work with and it’s your best shot at cutting through the noise. Anything else will sound artificial. Surrender yourself to the compelling need of the script. Let the words sift through your interpretive filter. Let go!

Joan Baker is the author of "Secrets of Voiceover Success," and the winner of multiple Promax and Telly awards for commercial and documentary voiceover performances. She is an actor, voice actor, and teacher. Baker trains individuals and groups in the craft of voice acting and VO career management. She has written trade articles for Backstage, Adweek, Multichannel and Broadcast & Cable.