Greenlit: Disney’s Live-Action ‘The Lion King’ Will Get a Barry Jenkins–Directed Sequel + More 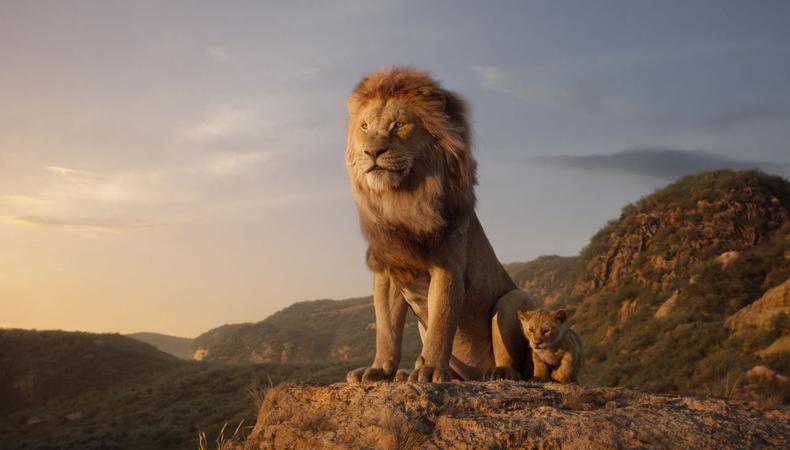 “The Lion King 2”
The king will retake his throne. Reported last week, Disney will create a sequel to its recent live-action “The Lion King,” and Barry Jenkins (“Moonlight,” “If Beale Street Could Talk”) will helm. According to Variety, the sequel will be a continuation of the studio’s 2019 photorealistic remake, which likely means it will not follow the plot of the animated sequel, “The Lion King 2: Simba's Pride.” The first film’s voice cast included Donald Glover, Beyoncé Knowles-Carter, Billy Eichner, Seth Rogen, James Earl Jones, and others. Disney has yet to announce who, if any, from that group will be part of the sequel. No release date has been projected, but the original film’s casting director and studio vet Sarah Finn will likely return for the follow-up.

“Black Adam”
After initially being rumored for the role, Aldis Hodge has officially signed on for “Black Adam.” The “Invisible Man” star will play Hawkman in the DC Comics project opposite Dwayne Johnson, who stars as the titular anti-hero. The star was quick to welcome Hodge to the film (and the first to inform Hodge he got the role) via an Instagram post, writing, “I called Aldis personally as I wanted to surprise him that he got the role and it wound up being one of the greatest conversations I’ve ever had.” Jaume Collet-Serra will direct from a script by Rory Haines and Sohrab Noshirvani (“Informer”) and a previous draft by Adam Sztykiel (“Rampage”). “Black Adam” is scheduled to open on Dec. 21, 2021. Rich Delia is the casting director.

“No Sudden Move”
In what is shaping up to be one of the most impressive casts of an upcoming project, Steven Soderbergh’s “No Sudden Move” has announced more stars for the ensemble crime thriller. Don Cheadle, Benicio Del Toro, David Harbour, Amy Seimetz, Jon Hamm, Ray Liotta, Kieran Culkin, Brendan Fraser, Noah Jupe, Bill Duke, Frankie Shaw, and Julia Fox have all been cast in the HBO Max feature. Written by Ed Solomon, the 1950s Detroit-set film centers on a group of small-time criminals who are hired to steal what they think is a simple document, only to have their plan go horribly wrong and result in a hunt for who hired them. This is the third collaboration between Solomon and Soderbergh after the recent “Bill & Ted Face the Music” and the HBO limited series and interactive app “Mosaic.” Production is currently taking place on-location in Detroit under strict COVID-19 safety protocols. Carmen Cuba is the casting director—read how she finds new talent and her latest audition advice here at Backstage!

“Ms. Marvel”
Joining the slew of recently announced and cast Disney+/Marvel shows is “Ms. Marvel” herself, and after a long search, the studio has found its star. Newcomer Iman Vellani will play the titular comic book hero, a.k.a. Kamala Khan, a Pakistani-American teen based in New Jersey. Adil El Arbi, Bilall Fallah, Sharmeen Obaid-Chinoy, and Meera Menon have all been recently named directors for the series, which comes from writer Bisha K. Ali. “Ms. Marvel” joins several shows on the development slate, including “She-Hulk,” which recently cast Tatiana Maslany, and a Nick Fury series starring Samuel L. Jackson. A production timeline has yet to be announced for “Ms. Marvel,” but Finn will most likely be the casting director on this project, as well.

“Francis and the Godfather”
One of the greatest movies ever made will get its behind-the-scenes story told on screen, and two of its major players have been found. Oscar Isaac and Jake Gyllenhaal have joined the cast of the Barry Levinson-directed “Francis and the Godfather,” a drama “about the legendary and wild battles that went into making the 1972 classic ‘The Godfather.’ ” Isaac and Gyllenhaal are set to play Francis Coppola and Robert Evans, respectively, from a script by Andrew Farotte that was redeveloped by Levinson. No further casting has been announced.

“Maid”
It’s a family affair for the cast of the upcoming series adaptation of Stephanie Land’s “Maid.” Andie MacDowell has joined the Netflix project, playing opposite her real-life daughter and star Margaret Qualley in their first roles on-screen together. The series will revolve around Alex (Qualley), a single mother who turns to housekeeping to—barely—make ends meet as she battles against poverty, homelessness, and bureaucracy. MacDowell will play Alex’s mother, Paula, a self-proclaimed artist who is the life of every party. MacDowell joins the previously cast Nick Robinson and Anika Noni Rose. “Maid” is currently in production in Vancouver, though currently paused while waiting for COVID-19 test results. Rachel Tenner is the casting director.

“Swan Song”
While the “Moonlight” director has his next assignment, two of its stars have also found theirs and will reunite in a streaming film. Mahershala Ali and Naomie Harris will appear in the upcoming Apple TV+ original film “Swan Song,” a genre-bending drama set in the future “that explores how far someone will go, and how much they’ll sacrifice, to make a happier life for the people they love.” Harris and Ali will play Poppy and Milo, the married couple at the center of the film. Benjamin Cleary, an Oscar winner for short “Stutterer,” will make his feature directorial debut and has also written the screenplay. The project has also been referred to as “Ellington,” and will begin shooting in Vancouver in November. Vickie Thomas is the casting director.