How to Transition From Acting to Directing 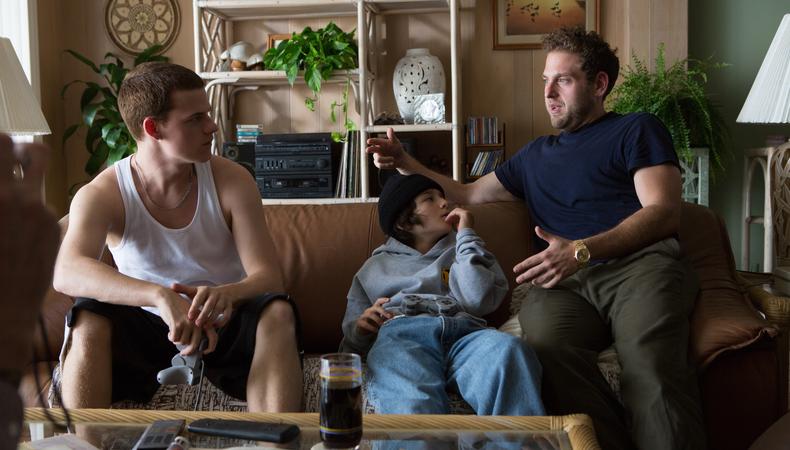 The transition from acting to directing is a natural one—but that doesn’t mean it’s easy. While some actorly instincts can be embraced in the switch, others will need to be actively resisted. To help you make that distinction, industry and Backstage Experts are here to provide their most useful tips for actors ready to try their hand at helming.

Some of your priorities will shift.
“Not all things that are important to actors are important to film directors…  [Directors never say] ‘That actor’s really connected.’ We’re not even sure what actors mean when they say this. It’s an acting class phrase, not a filmmaking one. It’s never used on set. It’s never used in rehearsals. Rehearsals are about bringing characters and scenes to life. Being on set is about capturing all of that on camera. And if we never use something on set or in rehearsals, why would we be looking for it in an audition? What we’re looking for is actors who bring our characters to life and make compelling cinematic choices.” —John Swanbeck, author, columnist, speaker, and Backstage Expert

You can still apply actor thinking.
“‘How would I like to be directed in this scene?’ Two ideas I have found useful are acknowledgment and ownership. Always acknowledge what’s working. A lot of directors forget this but it gives the actor confidence and makes it easy to guide them away from choices that might not work as well. And wherever possible, help the actor discover the moments in the scene. Avoid line readings; avoid directing with “don’t do that.” If the actor feels like they have discovered the choices then they will feel ownership and potentially make these crucial moments more special than you had initially thought possible. There’s a trick to this approach, but its very powerful and it works.” —Jamie Irvine, actor, director, acting coach, and Backstage Expert

Your reputation as an actor will precede you.
“I hate to break the news to you, but actors have terrible reputations. Years of on-set temper tantrums, too many discussions about ‘my character wouldn’t do that,’ and countless early morning hangovers are just a few reasons producers think we can’t be trusted. A couple of rotten eggs have spoiled it for the rest of us. (I’m looking at you, Betty White!) You want to direct? Start by being the best actor. Be professional, on time and off book. Come ready to perform the scene. When a director gives you a note, be available and give it your best shot. Long discussions about how to achieve the scene only slows the day down. How does being the best actor get you a directing job, you ask? Your reputation is everything in this town. All decisions are made by a committee, and you never know who will end up hiring you as a director.” —Shawn Hatosy, actor and director

When casting, trust your CD.
“You may not realize it, but casting directors have to audition for the job much like an actor does. We have concept meetings with the producer and director and give them an idea of how we’d approach their project. The team takes this meeting and our past work into consideration, makes a few calls to check our reputation, and comes to a final decision based on these elements.

“Once we start working together we need to feel each other out to see how we each like to operate. Hopefully, a sense of trust is built. So when we offer our guidance—based on years of experience—we’d truly appreciate it if you’d follow our advice.” —Marci Liroff, acting coach, casting director, and Backstage Expert

Use your acting background as an advantage.
“In my opinion, the best directors started out as actors or have solid acting training under their belts. Acting allows you to get in the head of a character and explore the world through their eyes. Acting forces you to experience the action in a highly personalized, intimate way.

“Of course, the director must ultimately see the play through the eyes of every character but this is a great way to start the process. Find a great acting teacher/mentor. Focus on listening, breathing, moment-to-moment truth, emotional honesty, relationships, power, and creating activities. A director must be able to zoom in/zoom out through the entire process and having a foundation in acting will help with the zooming in process.” —JV Mercanti, director and Backstage Expert

The easiest thing you can do: Treat everyone with respect.
“Even if you’ve never been a sound mixer, boom op, camera op, gaffer, etc, if you want to be a great director, it’s good to at least have an awareness of what these jobs entail. It will give you a better understanding of the dynamics on set and help you plan with your AD how much time you can spend on each setup and scene.

“Even more than that, it helps to make your crew feel valued individually.

“How many times have you seen a cast and crew talk about why a director is awesome in behind the scenes footage? It’s because the director has seen what they’re doing and taken time to acknowledge it. Whether it’s a quick inside joke about a specific piece of equipment or a thumbs up when you see how hard they’re working, acknowledge it and you’ll find your crew wants to work harder for you.” —Charis Joy Jackson, actor, director, casting director, producer, and Backstage Expert

Trivial knowledge won’t actually get you the job.
“You don’t need to know the entire history of movies to make a movie. I think a lot of film students (dudes) think that in order to be a film director, you have to be a cinema buff. YOU DON’T. Having anywhere between one and three jobs at a time in school, I didn’t have a lot of free time to watch the Criterion Collection and wouldn’t last a minute in a discussion about the latest Tarantino film. Not being able to hang with the boys on a trivia level, I retreated...to production, where I learned you do need to know how movies are made.” —Noël Wells, actor, writer, director

Ready to cast your project? Check out casting calls on Backstage!

Casey Mink
Casey Mink is the senior staff writer at Backstage. When she's not writing about television, film, or theater, she is definitely somewhere watching it.
END_OF_DOCUMENT_TOKEN_TO_BE_REPLACED