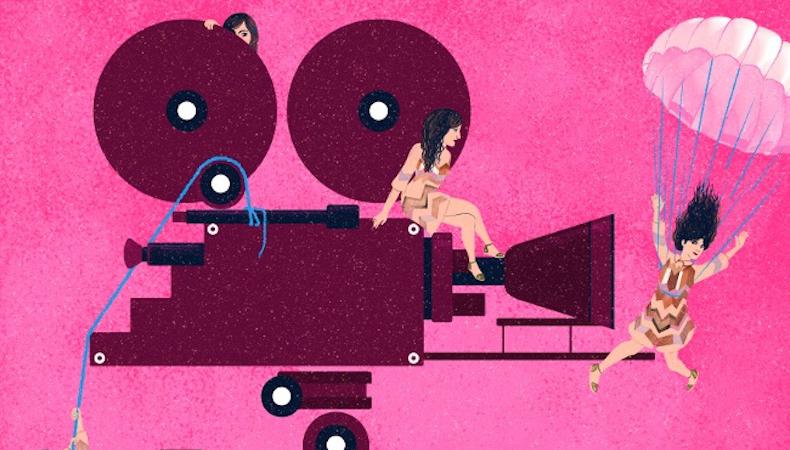 I don’t know why I thought I could do it. Even in my film major in college, the phrase “I want to be a director” felt loaded, embarrassing, if not downright taboo. I might as well have said, “I want to be a millionaire mime!” All of my uneasiness was compounded by the fact that I didn’t really seem to know as much as my classmates did. “No, I don’t have a favorite director.” “No, I don’t know what style I’m interested in.” “No, this shot I am doing isn’t based off anything I’ve seen before.” “No. I don’t know why I’m here.”

But I did. Deep down. I was there to be a director.

After years of writing and creating my own animations and shorts, last year I was able to write, direct, and star in my first feature film, “Mr. Roosevelt.” Here are a few lessons I’ve learned.

You don’t need to know the entire history of movies to make a movie. I think a lot of film students (dudes) think that in order to be a film director, you have to be a cinema buff. YOU DON’T. Having anywhere between one and three jobs at a time in school, I didn’t have a lot of free time to watch the Criterion Collection and wouldn’t last a minute in a discussion about the latest Tarantino film. Not being able to hang with the boys on a trivia level, I retreated...to production, where I learned you do need to know how movies are made.

Jack-of-all-trades, “Master of None” (a show I was on!). In school, I volunteered on any student film I could and worked various positions including script supervisor, costume designer, boom operator, sound mixer, camera operator, actor, set photographer, and editor. This gave me the tools to feel confident making my first small projects on my own with very little help, and it gave me the vocabulary and knowledge to be able to communicate with other people when I finally was able to assume my preferred job: The Big D.

I don’t want to be a bitch. But I gotta. Over the course of the two years of making this film, through a lot of painful, sometimes heartbreaking interactions, I have learned to recognize when someone’s ego is interfering with the process, and I’ve slowly but surely learned to stand up for myself and my vision. Diplomacy is still key, but at the end of the day, it’s my name on a movie. Compromising my goals to make people comfortable is a disservice to everyone else’s time and energy, to those who came on board the ship and trusted me as its captain.

Give in to the principles of uncertainty. Living a creative life is like jumping into an unknown abyss. When people ask me how I did this, there’s a literal part of me that sees it all as a very technical process. I wrote a script, I secured funding, I cast actors, collaborated with a DP, etc., etc. And then I gathered an audience and asked them to watch! That’s a movie! Just do that! But that doesn’t account for the magic that met me and seemingly helped me assemble the pieces, the goblins who tried to take them away, the dragons I had to slay, externally and internally. It wouldn’t describe the extreme highs and lows, how my entire worldview shifted, and how I had to be willing to be ripped apart and put back together in ways I never could have imagined. And it wouldn’t explain why, after the dust settles, I can’t wait to do it all over again.

Wells has starred on “Master of None” and “Saturday Night Live.” Her directorial debut, about a struggling comedian coming to terms with her past in Austin, Texas, won the Audience Award at SXSW.