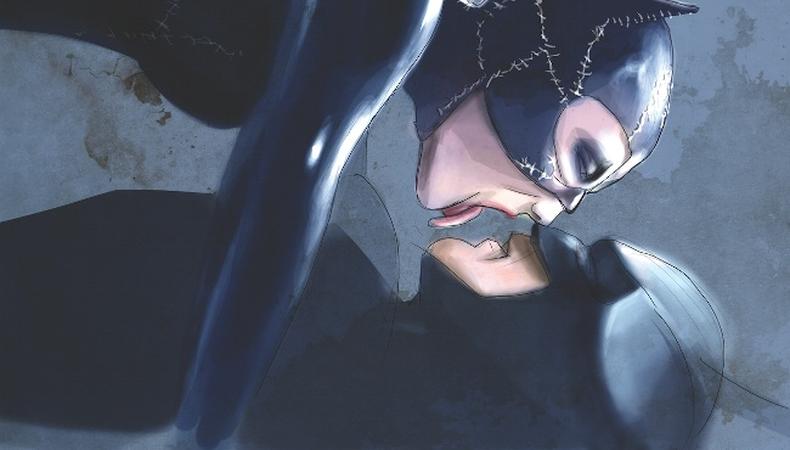 “I would love to live with you in your castle forever, just like in a fairy tale,” Catwoman tells Batman near the end of “Batman Returns,” Tim Burton and Michael Keaton’s second outing in Gotham. For a moment, it seems as if those crazy lovebirds just might make it work. But then Catwoman rakes her claws across Batman’s exposed face. “I just couldn’t live with myself, so don’t pretend this is a happy ending.”

Long before Heath Ledger was awarded a posthumous Oscar for his turn as the Joker, Michelle Pfeiffer delivered the first Oscar-worthy performance in a superhero movie as Selina Kyle–Catwoman. There are women who could fill out Catwoman’s latex bodysuit and there are women who could provide the doomed romance aspect of the plot, but only Pfeiffer could so effortlessly mix fragility with the perverse while making Selina the hero of both a romantic drama and a revenge-seeking vigilante thriller.

The greatest Christmas movie ever made, “Batman Returns” finds Gotham overrun at the most wonderful time of the year by Danny DeVito’s Penguin and Christopher Walken’s corrupt businessman Max Shreck—who pushes Selina out of an office window early in the film after she uncovers some questionable business decisions. On the pavement below, Selina is licked by an army of alley cats and abruptly returns from the dead. Or does she merely come to, her fall broken by the number of awnings on the way down?

The beauty of Pfeiffer’s performance is that she plays it both ways. Catwoman could easily be the product of some kind of cat necromancy; Selina is the one who’s suffered a near-death experience and, upon arriving home, destroys her sweetly cluttered, pastel-colored house and the life associated with it. Gone are the stuffed animals down the garbage disposal. Smashed is the dollhouse sitting in the corner. We’ve barely met Selina, but that wordless scene tells us everything we need to know about this downtrodden woman who has spent her life playing by the feminine rulebook and getting nowhere. So why not attack the patriarchy while simultaneously turning it on?

The deftness with which Pfeiffer twines together the disparate strands of Selina and Catwoman is what makes her so mesmerizing. There’s the voice, that bored, throaty purr that constantly threatens to become a snarl. But there’s also Selina’s very real terror as she sees Catwoman begin to take over her life. After an aborted date, Selina and Bruce Wayne both find themselves dancing under the mistletoe at a costume gala, conspicuously the only two not in costume. When a chance remark leads them to simultaneously realize their secret identities, Selina presses her face against his chest and whispers, “Does this mean we have to start fighting?”

We spy a chance for them then, a moment when it might be possible for Selina and Bruce to leave off the masks and be together. Which is why it’s so heartbreaking to later watch Catwoman and Batman fighting over Shreck’s life. “You’re going to jail,” Batman says to Shreck, but Catwoman knows better. “Don’t be naive,” she snaps. “The law doesn’t apply to people like him. Or us.”

That’s the seed of Pfeiffer’s performance right there. Bruce tells her that they’re the same, but Selina knows better. “Batman Returns” points up Bruce’s dilettante ways more than any other film (no mention is made of his parents’ murder), but for Selina, being Catwoman has become a way of life. Smarter than the men around her, only as Catwoman is she allowed to rub it in their faces. She’s every outsider who has ever been tempted to turn into a bully when handed even the smallest bit of power, and she knows it. But if Bruce Wayne is willing to trust the wealthy and corrupt to the incompetent Gotham police force, Selina Kyle will finish what she started. Even as Shreck empties a gun into her stomach, she keeps staggering forward, taunting him in a sing-songy voice, until she reduces him to a charred skeleton with a kiss.

Famously, the film’s final shot of Catwoman silhouetted against a snowy night sky was added after preview audiences demanded to know that she survived. Can you blame them?

Mark Peikert is the executive editor of Backstage and does a killer Michelle Pfeiffer impression.