Don’t End the Year Without First Doing These 6 Things 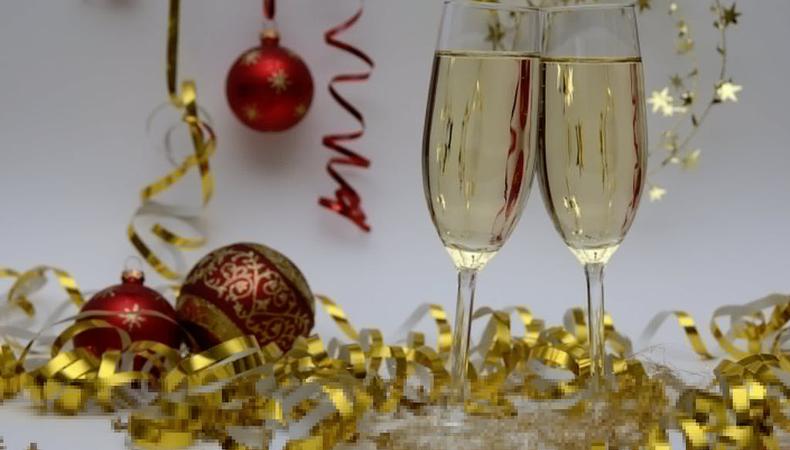 In this no man’s land week that is between Christmas and New Year’s, you may find yourself with a lot of free time to think and think and eat and think and drink and then think some more. What are you going to do differently in the new year when it comes to your career? What are you going to do better than you have in year’s past? Backstage is here to help, with expert advice for how to start the new year on the right foot and make it the best one yet.

Think about the tangible ways you can improve.
“Shore up any holes in your skills. If you are a singer, bring your dancing up to a better level. A dancer? Get those high notes up to par with your high kicks. Take an improv class and learn to think on your feet. Develop some characters that you can use if asked. If you come from an ethnic heritage, learn the language. If you are Latin and can speak Spanish, many more jobs will be open to you.” —Joan Sittenfield, talent manager, producer, writer, and Backstage Expert

Do not dwell on what you didn’t accomplish this year.
“For most actors, this time of year can be filled with a lot of anxiety and even sadness over feeling like they didn’t check off certain boxes that they’d planned to back in January. But rather than be upset about the things that didn’t happen, let’s take a different path this year. Instead of wallowing in the things you feel like you missed out on or didn’t do enough of or the person who booked more roles than you, let’s assess this year through a new lens.

“Remember that you’re an actor and artist. That in itself is a gift that can’t be taken away just because you didn’t book an arbitrary number of jobs or secure the representation you hoped for. Being an actor is powerful and hopefully, you do it because you love it and you love telling stories that reach audiences. Sure, we all want the series regular or box office hit, but your power and ability to reach audiences are not limited to those two things. Whether you were in a web series, PSA, indie film, play, etc., if you gave 100 percent of yourself as an actor and told the story truthfully, you accomplished something this year that a lot of people didn't: You lived your passion, followed your dreams, and touched someone, even if you don’t know it.” —Keena Ferguson, multi-artist, actor, and Backstage Expert

But do take stock of the year in rearview.
“Now that you’re all comfy and focused, think about last year and make a list of all your successes as well as your challenges. And be sure you don’t limit your success list to bookings. Did you find a new acting class you love? Did you improve your memorization skills? Did you strengthen some professional relationships by being consistent with your marketing or through some awesome auditions? Those are definitely all successes, so don’t leave them out!” —Amy Russ, actor, web designer, and Backstage Expert

Aim for honesty in the new year.
“If you can’t (or don’t want to) catch up with someone, then don’t. Don’t promise to catch up and give them the runaround for weeks by making excuses. This industry tends to fear what people will think, and so it lies. Worried about what people will think if you don’t say ‘Let’s catch up’? Then you should be very concerned what people will think about you saying it and then consistently letting them down. In truth though, as David Foster Wallace said, ‘You will become a lot less concerned of what people think of you when you realize how seldom they do.’ Say, ‘Nice to meet you,’ and leave it at that. Say, ‘Let’s do lunch,’ and spend an eternity needing to craft escalating and complex excuses to avoid fulfilling your promise.” —Paul Barry, L.A.–based acting teacher, author, and Backstage Expert

Think outside of yourself.
“No new year would be complete for me without a resolution to make a difference in this world. I just volunteered with several colleagues to teach high schools students attending a day at Purchase College. Everyone can do something similar with their talents. For example, community theater and student film, among many other opportunities, offer a chance to develop your craft, network with emerging artists, and do some good.” —Denise Simon, New York-based acting coach, career consultant, and Backstage Expert

Start and end the year the same: Remember why you love acting.
“Resolve to fall in love with the process! We come out here with dreams of Oscars and Emmys, our names on a trailer, and buying groceries wearing a ball cap and sunglasses indoors at night while TMZ records you on a camera phone, because stars are just like us, dammit! OK, maybe not that last one, but you get the idea. The process of getting to your goals—the auditioning, the showcases, the workshops, the mailings no one reads but you have to do, and your seventh round of headshots this year—we mostly see all this as the grind, the long slog to the top, something to suffer through. No! This is your life now, not some shiny future over which you have no control. Love the little things you do every day for yourself and your career and release yourself from the burden of results. So resolve to fall in love with the process every day, and success won’t be something passive that you might someday have, it will be what you already do.” —Anthony Meindl, writer, director, producer, and Backstage Expert

Casey Mink
Casey Mink is the senior staff writer at Backstage. When she's not writing about television, film, or theater, she is definitely somewhere watching it.
END_OF_DOCUMENT_TOKEN_TO_BE_REPLACED