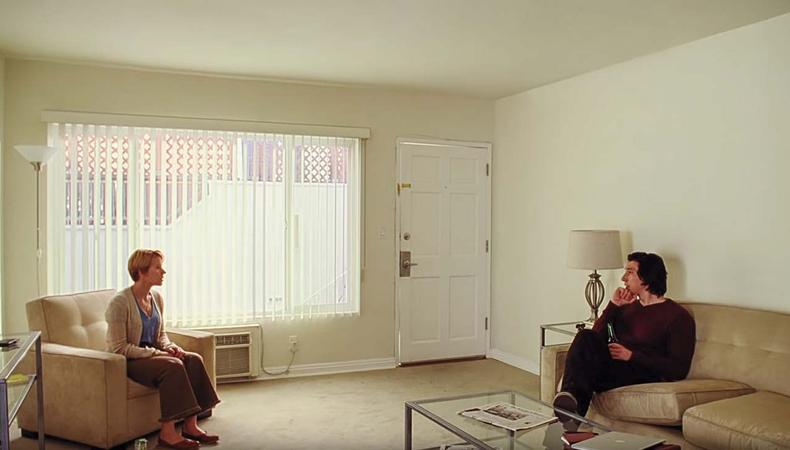 Noah Baumbach, the Academy Award–nominated writer and director behind this year’s “Marriage Story,” is a master at precariously unbalancing his characters, tying them and his audience together in a lacework of delicate tension and holding us there in impressive, prolonged arrest.

In “Margot at the Wedding,” marriages, affairs and sibling rivalries gathered under one roof for 95 minutes of emotional anarchy and estrangement, keeping Baumbach’s audience uncomfortably hostage to a preoccupied home. “The Squid and the Whale” might have been a fairly classic coming-of-age tale if not tripped by the bitter imbalance of divorcing parents. And while “The Meyerowitz Stories (New and Selected)” came as a more mellow fable of family tension, each character is underwritten with resentful unfulfillment, pitching the film inevitably toward irresolution.

“Marriage Story,” Baumbach’s excruciating and surprisingly compassionate epic of a marriage’s end, is no different. There’s Charlie, the creatively intense theater director and tender father; Nicole, the playful mother whose acting career is largely a subset of her husband’s theatrical success; and—an essential character in each of Baumbach’s films—the audience, as much party to Charlie and Nicole’s divorce as the couple’s helpless friends and family.

According to Baumbach, the key to writing and crafting a convincing relationship for the screen—even a failing one that is bracingly, almost uncomfortably lifelike—is the careful work of balancing that tension, of maintaining the interplay of his characters’ perspectives with his audience’s.

“There’s Charlie’s perspective of her and Nicole’s perspective of him, and that can be taken face value as their loving view of each other, but I think as the movie goes on, this notion of perspective becomes more complex. You have lawyers who take that and turn it into argument, turn it into weapons in battle, chips to be traded,” says Baumbach. “We shot it deliberately to accentuate this, to always be within her perspective or his perspective or, with the audience, both their perspectives. We’re never with anyone else, because I knew that people would naturally take sides.”

In oscillating between Nicole and Charlie's points of view, played by Scarlett Johansson and Adam Driver, Baumbach creates a strikingly even field on which audiences can traverse the downfall of the couple’s marriage. “A balanced story is the only thing I wanted to make,” he says. And that realism begets a beautiful paradox; Charlie and Nicole are both universal and intimately unique with every viewer.

“Movies are empathy machines,” Baumbach continues. “We go with the feeling in front of us, and I felt like we really needed to be aware of that, to take that into account because of the subject matter. I knew people would bring their own experience to it, because how could you not? And I wanted to be generous to that, as well. I thought that it could be a sponge in that way, that it could accept different interpretations in a positive, productive way.”

If Baumbach’s judicious use of perspective bears a believable marriage, it also pulls the building tension between Charlie and Nicole like a slingshot, ready to snap.

“In many ways, the fight scene,” an explosion of Nicole and Charlie’s boiling resentment two-thirds through the movie and a triumph of acting and filmmaking which brings Driver to the floor, broken, “is them trying to square and rebalance their perspectives, to redefine their element, to understand what they even think anymore, both about each other and about themselves,” says Baumbach.

“The blocking emulates their relationship up until that point in the movie. She’s confronting things head on, and he’s deflecting or catching up. Much of the blocking involves him walking away. He goes into the kitchen and does a dish or goes into the other room to pack Henry’s backpack. And she’s following, in a way trying to get him to focus, so that when he approaches, when he comes out, we feel the cost.”

That cost is that Charlie and Nicole’s marriage, after months of harrowing legal battles, softened maybe by the possibility of the couple’s lingering affection, is officially, disastrously over.

“But just because a marriage ends doesn’t mean that it’s failed or that the people failed,” says Baumbach, inflecting some sense of hopeful realism in his characters' implosion. “That expression that ‘I have a failed marriage’ is by design self-deprecating, and I think the process of divorce is unusual, perpetuating this notion of failure or shame. I wanted to look at that in a different way.”