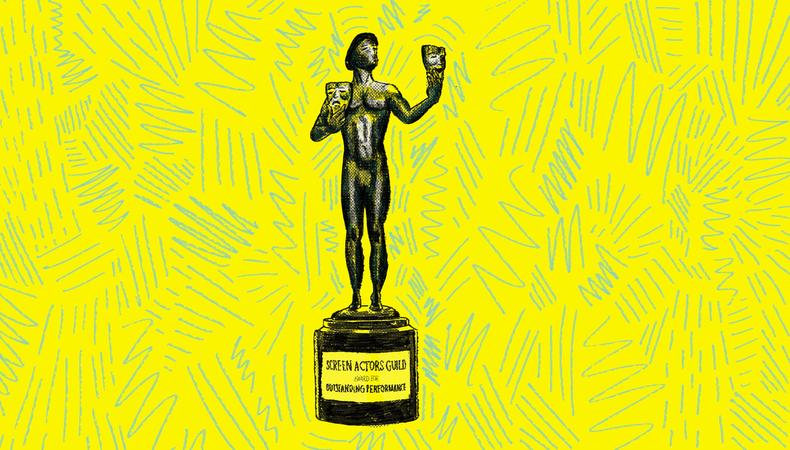 Actors are the face of Hollywood’s celebrations around awards season; they are the most visible representations of screen work being honored. But the Screen Actors Guild Awards—more than any other event—are their night and their night only.

Though the guild only began handing out the trophies known as “Actors” to, well, actors a couple decades ago, the annual ceremony has become a crucial stop for any movie stars gunning for Oscar or TV stars in the running for Emmy. And while it’s plenty glitzy, there’s also often a charming camaraderie on display; the show opens with testimonials from attendees about their early acting experiences. (The official website credits Angela Lansbury, who opened the inaugural evening, with this invention.)

Given that both film and television work is considered, certain stars have historically cleaned up. Some trivia: at the 24th ceremony, Julia Louis-Dreyfus of “Veep” earned her eighth and ninth statues, beating Alec Baldwin and Julianna Margulies’ records of eight. Edie Falco holds the distinction of most nominations ever, with 22. And in 2021 the late Chadwick Boseman, for both “Da 5 Bloods” and “Ma Rainey’s Black Bottom,” earned the distinction of a record-breaking four film nods in a single year.

To celebrate Hollywood’s ongoing awards season, Backstage is rounding up everything you’ve ever wondered about the sensational SAG Awards.

When did the SAG Awards first take place? 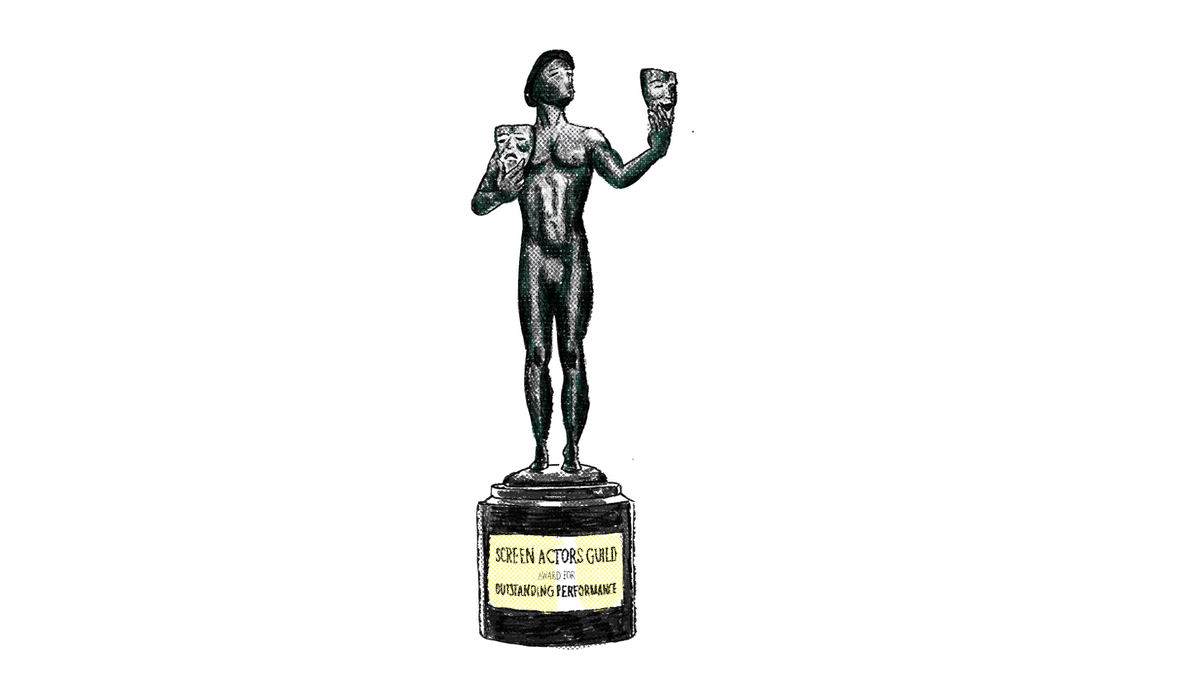 You might be surprised to learn that the SAGs are actually relatively new. The first celebration only took place in 1995, with trophies going to Tom Hanks for “Forrest Gump” and Jodie Foster for “Nell,” among others. Check out our interview with executive producer Kathy Connell for more on the history of the awards.

Why, the actors, of course! These festivities are all about the performers, hence winners usually thanking their peers in speeches. It’s self-explanatory, yes, but all SAG-AFTRA members who have paid all their dues are allowed to cast their ballots. Nominations are decided upon by two special SAG Awards committees. 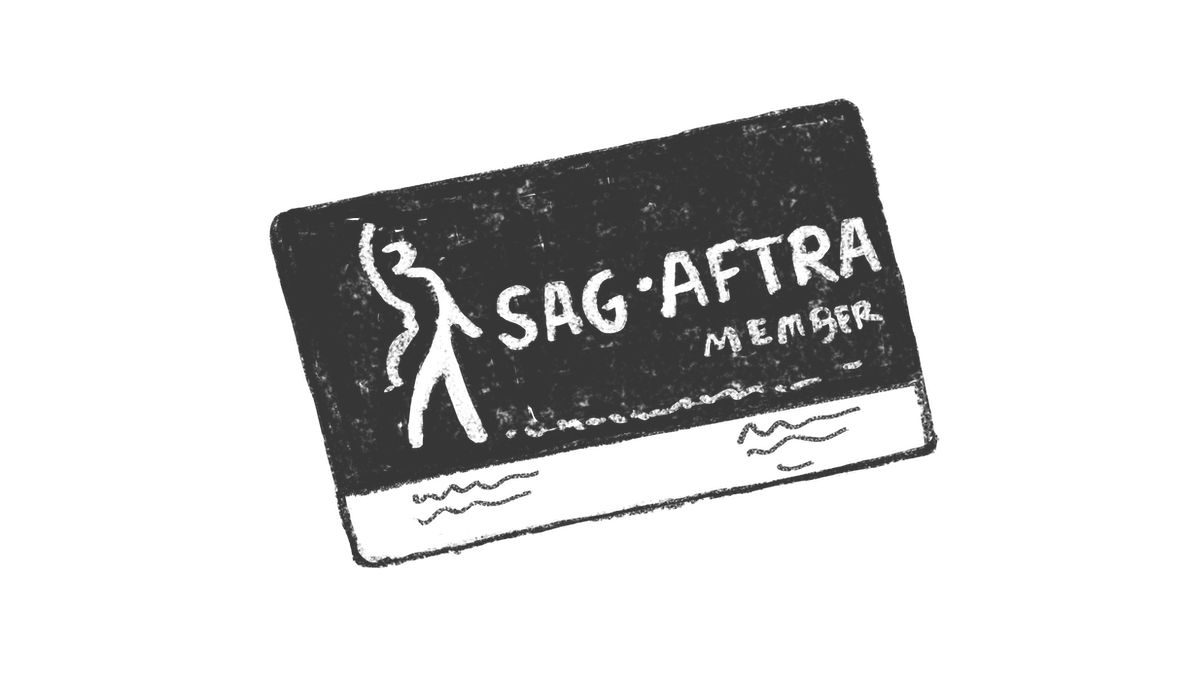 While everyone (who has paid up) can vote for the winners, the nominating process is a little more exclusive. To choose who will be up for the prizes, nominating committees in film and TV are randomly selected from SAG-AFTRA members. The same people can’t choose the nominees every year; those who sit on a committee must wait eight years before being on the same one again.

When and where are they held this year? 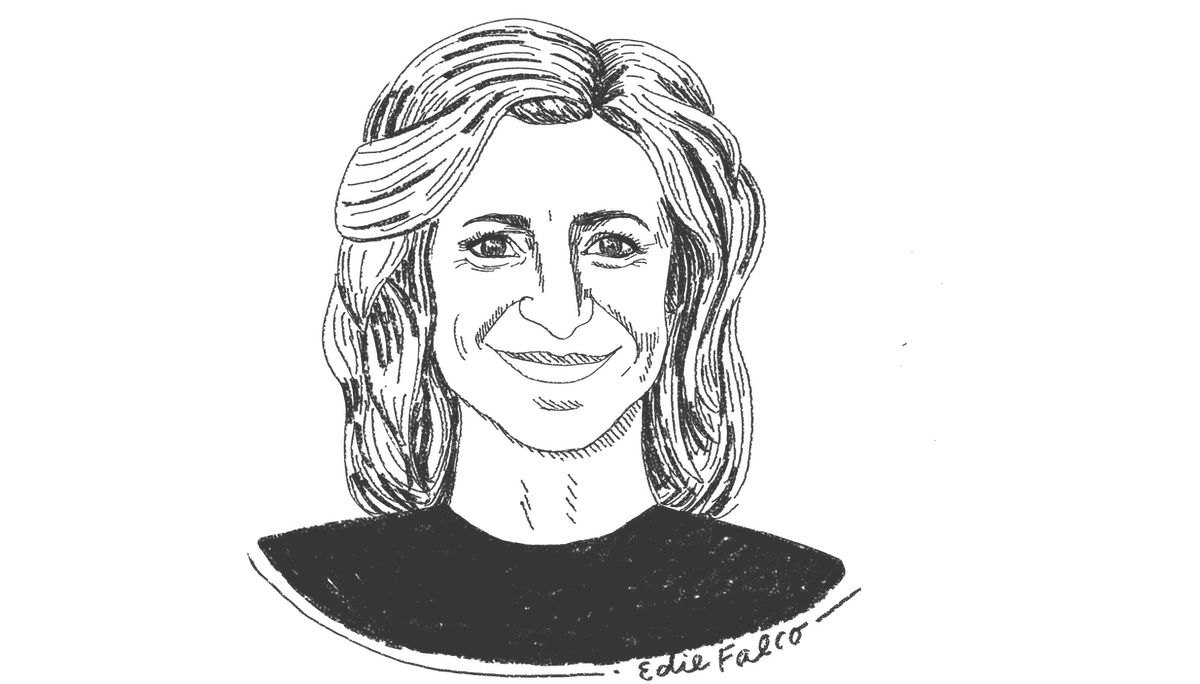 Performers across film and TV! That means for film, the guild presents the standard honors for women and men in leading and supporting roles, but also for ensemble casts as a whole. That’s where eligibility can get a little tricky. To get on stage as part of the prestigious Outstanding Performance by a Cast in a Motion Picture award, rules state that a performer must have been credited on a separate title card. So some in memorable but smaller roles that share billing are left out. (Those who are in the cast crawl receive certificates.)

To be considered part of the ensemble of a TV series, a contender must appear in more than half of the episodes within the nominating time frame and be either a series regular or guest star. Certificates are doled out to those who have appeared in at least three episodes within eligibility.

This is also one of the few awards bodies that pays attention to stunt performers. Also each year, SAG names a recipient of the Life Achievement Award; past winners include Alan Alda, Morgan Freeman, Lily Tomlin, Carol Burnett, Debbie Reynolds, Rita Moreno, and Robert De Niro.

The SAG Awards event is also a fundraiser for the SAG-AFTRA Foundation, which provides union members much-needed resources and programming.

What is the complete list of SAG Award categories?

Outstanding Performance by a Male Actor in a Leading Role

Outstanding Performance by a Female Actor in a Leading Role

Outstanding Performance by a Male Actor in a Supporting Role

Outstanding Performance by a Female Actor in a Supporting Role

Outstanding Performance by a Cast in a Motion Picture

Outstanding Action Performance by a Stunt Ensemble in a Motion Picture

Outstanding Performance by a Male Actor in a Drama Series

Outstanding Performance by a Female Actor in a Drama Series

Outstanding Performance by a Male Actor in a Comedy Series

Outstanding Performance by a Female Actor in a Comedy Series

Outstanding Performance by an Ensemble in a Drama Series

Outstanding Performance by an Ensemble in a Comedy Series

How can I join the fun?

Getting your SAG card is a right of passage for any actor, so knowing how to join the union is crucial. The first step: Getting hired. Then you can supply your paycheck stubs or the “original activity print-out or report from the payroll company that states your name, social security number, the name of the production company, the title of the production, the salary paid in dollar amount, and the specific date(s) worked” to SAG-AFTRA. You can also apply for membership in SAG-AFTRA if you’ve been a member for a year in another affiliated organization. Those include Actor’s Equity and the Canadian ACTRA, among others. For more practical tips, click here! 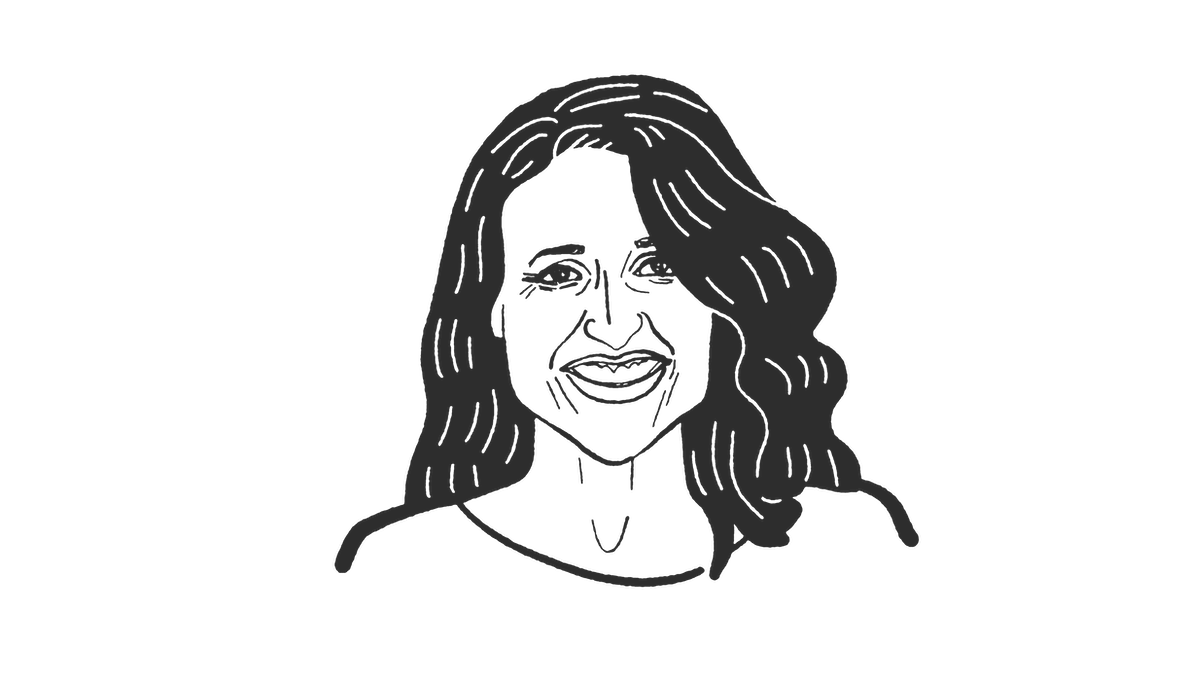 People looking to dominate their Oscar pools tend to watch the SAG Awards pretty closely because their film nominees and winners often align. That’s because—as scholars of this type of thing like to repeat—actors make up the largest branch of the Academy of Motion Picture Arts and Sciences. Thus, people voting for SAG also have a say in who becomes the season’s ultimate victors. Twelve out of 26 of the last winning films for the outstanding ensemble performance Actor ended up with the Oscar for Best Picture, including “Parasite” in 2020, the first-ever foreign language film to win both. The Emmys and other TV awards also boast a large voting block of actors, so depending on eligibility windows, small-screen contenders often overlap with SAG-AFTRA voters. 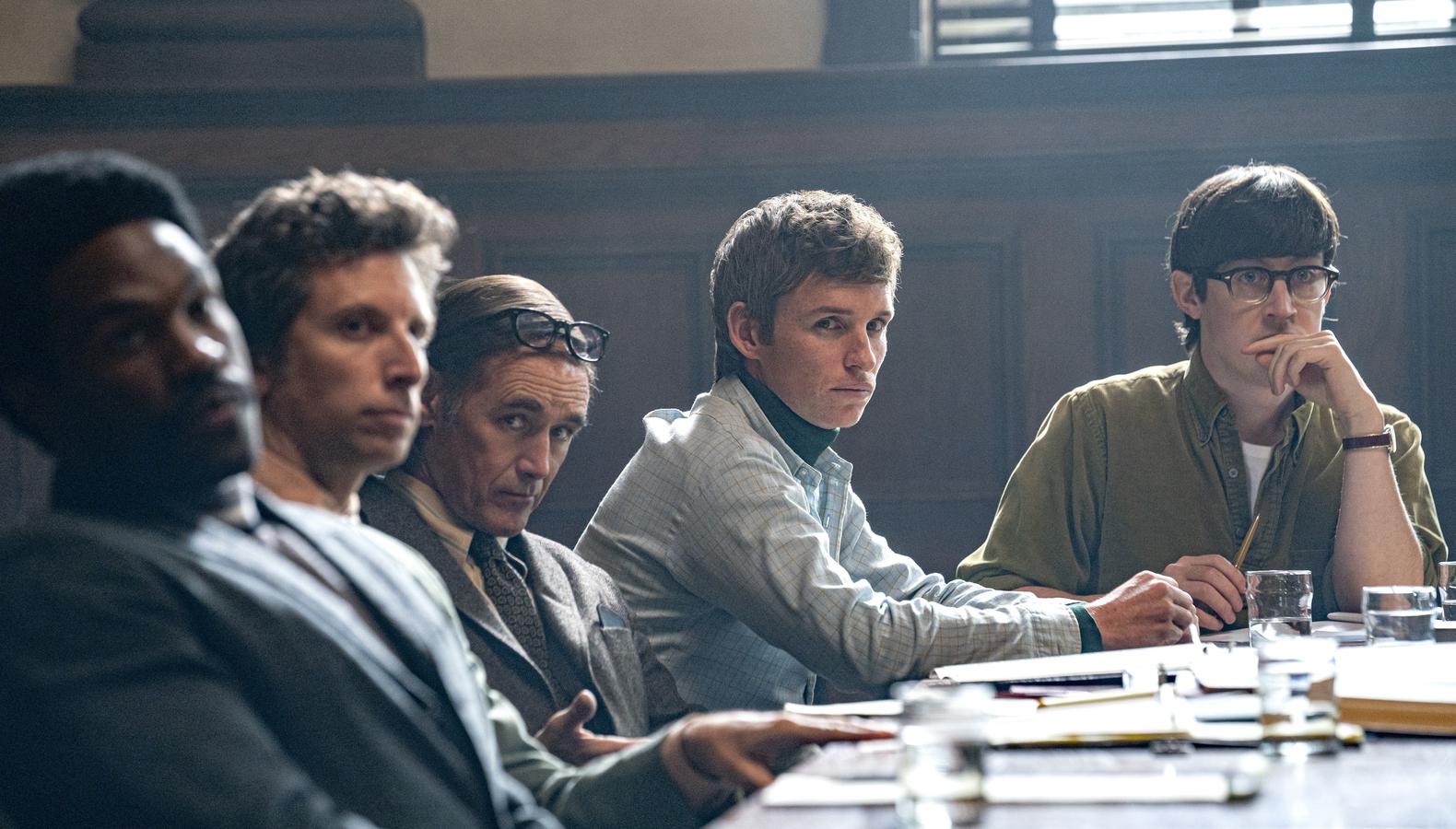 How can I become a SAG Award winner?

Follow those steps and do your best, and you may just find yourself thanking your peers with an Actor statue in hand. You may even go so far as to join the exclusive club of performers we’ve dubbed “ESOT.” Break a leg!

This article was originally published on Jan. 4, 2018. It has since been updated.