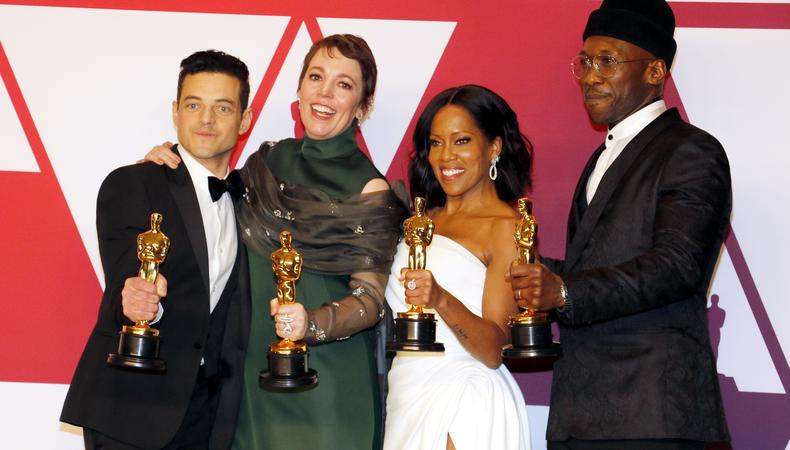 To paraphrase Moira Rose of “Schitt’s Creek,” it’s now time for our favorite season: awards. The 2019–20 film and guilds season, unofficially launched in the wake of the film festivals at Venice, Telluride, and Toronto, begins in earnest this month. Nominators and voters for the Screen Actors Guild, Hollywood Foreign Press Association, and more are seeing and contemplating the best filmmaking 2019 has to offer. Due to last year’s announcement from the Academy of Motion Picture Arts & Sciences that this season’s Oscar ceremony will take place unusually early, on Feb. 9, the condensed timeline means accolades will begin arriving at a dizzying pace.

And as Hollywood readies to honor its best and brightest with its best and brightest trophies, Backstage will be there to answer those burning questions: Which projects and performances are in the conversation? Who will win those coveted little gold men? And which of the industry’s many awards ceremonies should we be keeping an eye on?

In response to that last question, we’ve rounded up the most important awards season dates for your calendar. Check out the list below and follow along with us!

Jack Smart
Jack Smart is the awards editor at Backstage, where he covers all things Emmy, SAG, Oscar, and Tony Awards. He also produces and hosts Backstage’s awards podcast “In the Envelope” and has interviewed some of the biggest stars of stage and screen.
END_OF_DOCUMENT_TOKEN_TO_BE_REPLACED