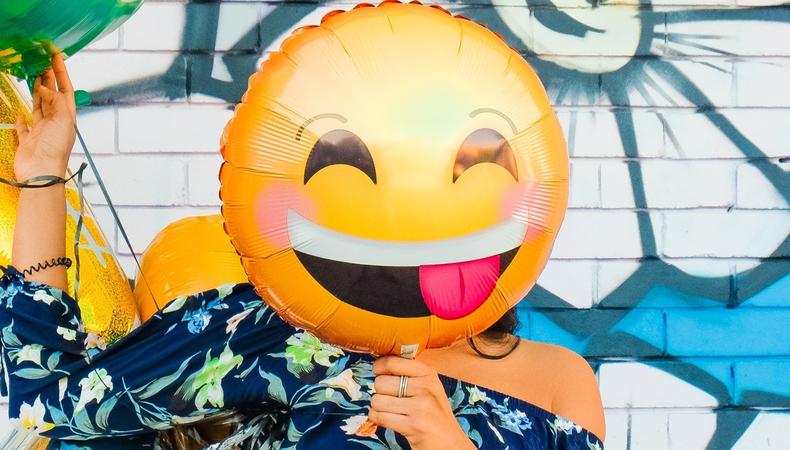 I grew up in Hawaii and since I lived near the beach, it was fairly common to go surfing after school. Well, everyone else would surf. I mostly just got bounced around in the shore break.

But one day as I was riding towards shore, a cross-current wave sideswiped my board and tossed me in the air. I did some sort of flip and, inexplicably, landed, feet first, unscathed, back on my board like nothing had happened. I almost wouldn’t have believed it was true if my friend hadn’t been a witness.

It was crazy and, quite frankly, statistically likely that it will never happen again (especially since I don’t surf anymore).

I know that you know this and yet, every time you don’t book, you feel deflated and wonder what you did wrong. Then you drown your sorrows in an acai bowl, put on fuzzy socks and binge-watch “Ozark” because it feels good that the Byrde family has bigger problems than yours.

But what if instead of basing your self-worth on whether or not you book a job, you focused on how you feel about the job you did in the room?

READ: Busy Doing Nothing? Read This to Get Unstuck

Many of the actors I coach yearn to believe that success is possible, especially when they’re not booking, and that they’re worthy of that success in the first place. What if you could prove to yourself that you’re worthy and that just being yourself in the room is enough? That’s where understanding and owning your strengths come in.

An actor I worked with recently told me, “Our work together shifted my thinking about how I see myself. It was so freeing to realize that I do have strengths. I never believed that before. Now I’m more self-confident and it feels weird to say it, but I’m happier.”

So accept the fact that you’re not going to book every audition. But also know that you’re not alone; even A-listers don’t book every job. Did you know Seth Rogen auditioned for Dwight on “The Office”? Or that Bob Odenkirk auditioned for Michael? And Adam Scott auditioned for Jim? What about that Julie Bowan wasn’t even the first or second choice to play Claire Dunphy on “Modern Family”? Or that Matt Le Blanc was originally tapped to play Phil! Can you imagine that show without Ty Burrell?

Want another one? Taraji P. Henson auditioned for the role of Olivia Pope on “Scandal.” Yup, even Academy Award nominees don’t book every job.

My mission as a coach is to get actors to believe in themselves, to stop overthinking, and connect to the character in a new way. It’s a job I take very seriously, but what I really do is help actors loosen their grip on the fear of not being enough.

I want that for you too because you are enough. Recognizing you’re worthy of success is one of the greatest gifts you can give yourself, period. So figure out what makes you tick, stand in those strengths, use them to align yourself with any character you need to play, and own your life.

Heather Hiatt is a working actor and founder of The Magnetic Actor Method which teaches actors to believe in themselves again, stop overthinking and nail it on the first take. Get started with her FREE Magnetic Actor’s X-Factor: Audition Guide.

Now get out there and do something you care about! Check out Backstage’s film audition listings!

Heather Hiatt
Heather Hiatt is a working actor and founder of the Magnetic Actor Method which is a revolutionary program designed to help actors bust through what’s holding them back in their career, from the inside out. She helps actors believe in themselves, stop overthinking and connect to any character they need to play in a brand new way.
END_OF_DOCUMENT_TOKEN_TO_BE_REPLACED