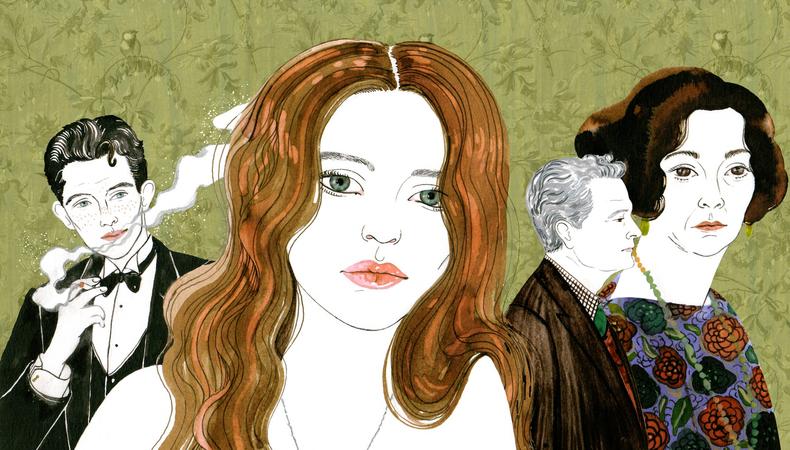 “I’m definitely rogue,” says Kharmel Cochrane of her place within the entertainment industry. The British casting director behind “Saint Maud,” Channel 4 and Netflix’s “The End of the F***ing World,” plus Robert Eggers’ “The Witch” and his upcoming “The Northman” approaches each project determined to match actors to parts in innovative ways. Cochrane casting Jodie Turner-Smith in the titular role of Channel 5 miniseries “Anne Boleyn” is a prime example of that philosophy in action. Here, she details her process for casting Odessa Young and Josh O’Connor in Eva Husson and Alice Birch’s adaptation of Graham Swift’s novel “Mothering Sunday,” and explains why actors shouldn’t stress about auditions.

What is your casting process like overall? Are there things you do every time, no matter the project?

Yes; I will always do the opposite of what I’m asked to do! I’ll always throw in some completely bonkers wild cards, whether that’s musicians or models or dancers. There will always be someone who I’m like, Oh, I’ve just watched this person, or I’ve just seen them in a magazine. Every single job, I will try and throw at least one curveball, if not 10. I’m just really interested in watching people do things that they’re not necessarily known for, or seeing people do things that are unexpected…. I love giving people opportunities that might not have been the types of projects offered to them before.

What went into casting “Mothering Sunday”?

First of all, it was the first time I’d read the book before I read the script. And so as soon as I got sent [the screenplay], I was like, Oh, I love this. It was one of the first—if not the only—time that I’ve gone into a meeting and sent the producer a follow-up email, like, “I have to do this. You have to let me do this.” Normally, I think I play it a bit cool. Probably a bit too cool! But I just absolutely loved the script. And I definitely get offered a lot of horror. For me, I really want to show everyone that I can do something that isn’t such genre-specific casting.

We cast [“Mothering Sunday”] on self-tapes. Obviously, Olivia Colman and Colin Firth didn’t have to hand in a tape. But the [other actors were cast] on a self-tape…. I think very quickly and very early on, we didn’t want it to be an all-white cast, [which is] how it reads in the book. That was something that everyone felt really strongly about.

What went into casting “Anne Boleyn,” especially Jodie Turner-Smith in the titular role?

I think at each point I’m responding to whoever it is that I’m working with. So for example, Robert Eggers is so thorough and so specific. Everything that he does will have been researched and accurate. So I have no problem with “The Northman” having a completely Viking-looking cast, because I know that’s his vision; that’s his story that he’s wanting to portray. Equally, I’ve got no problem with Jodie playing Anne Boleyn. What we do is art and beauty, and we should all find the essence, the spirit of what makes a show pop. I do think that so many conversations about [this series] have boiled down to [Turner-Smith’s] race. And we didn’t sidestep that; it was an intentional decision. But we did want to do something that felt strong, and I think we achieved that. Jodie was brilliant. 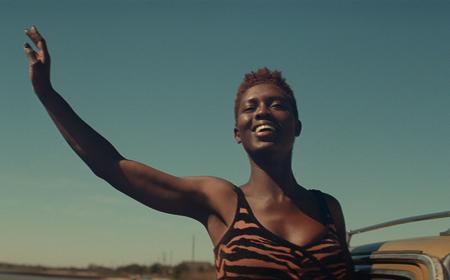 Was that casting part of your mission to see actors do unexpected things?

Yeah. It [also] goes back to circumstance and situation. I jumped on a Zoom with the “Anne Boleyn” team, and I had just watched “Queen & Slim,” like, two days before. So for me, it wasn’t an angled agenda. It was just: Oh, I’ve watched this film. She was really good in it, and she’s beautiful and regal and powerful.

How much of casting has to do with your research and what you’re watching? For example, what if you hadn’t just watched “Queen & Slim”?

Exactly. Years ago, when I first started, we’d just cast Aaron Taylor-Johnson in “Kick-Ass.” Then I went to work somewhere else, and we then cast him in “Nowhere Boy.” You put the dots together. That’s part of casting—it’s circumstance, situation, being in the right place at the right time, and watching the right thing at the right time. A lot of the time, I’ll have actors email me, and it’s hit and miss; I get so many emails a day. But sometimes I’ll get the chance to reply, and then they’ll end up getting the job. I remember Micheal Ward’s agent sending me his headshot, and we cast him in a music video. I begged and begged his agent to do the music video. Now he’s a superstar.

What are your tips for a great self-taped audition?

Just get all your technical stuff on lock. It doesn’t have to be a really fancy iPhone—just have it in landscape and not portrait mode. Set a timer. We send out a really good paragraph from our office that’s just like, “Listen, do not stress. Do not spend your whole weekend doing this, because if you were in a room, we’d kick you out after 15 minutes.” That’s my worry with self-taping, that someone’s sitting there fearing and loathing and agonizing over everything because they don’t have someone to sound off. So just do it. Set yourself a timer. Stick to it; send it off. Don’t think about it again, as much as you can.

I don’t care that someone hasn’t got the latest camera or one of those fancy backdrops or a ring light. None of that bothers me. You don’t know what someone’s financial situation is; not everyone can order something off of Amazon. The work is the work.

Jack Smart
Jack Smart is the awards editor at Backstage, where he covers all things Emmy, SAG, Oscar, and Tony Awards. He also produces and hosts Backstage’s awards podcast “In the Envelope” and has interviewed some of the biggest stars of stage and screen.
END_OF_DOCUMENT_TOKEN_TO_BE_REPLACED