Spotlight On: Valorie Curry 'The Following' 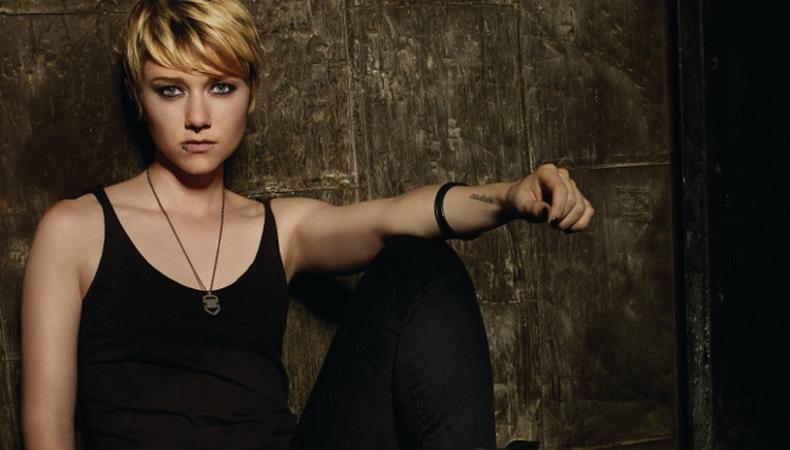 Viewers of Fox’s “The Following” quickly learned last year that, more than James Purefoy’s cult leader Joe Carroll, Valorie Curry’s brainwashed babysitter Emma was the one they loved to hate. Back for the second season (with a new look!) Curry tells Backstage about finding empathy for a sociopath and dealing with angry fans.

On being hated as Emma.
“I can laugh about it now more than I used to, but in the beginning I took it very personally. I never expected to play a villain or someone people told me give them nightmares. I had a harder time with that response in the beginning.”

On humanizing Emma.
“I never viewed her as a villain. I always viewed her as a victim. She was somebody who grew up in an abusive home and was targeted by a manipulative man at a very young age and trained to be a perfect acolyte. Everything she does comes from that place of devotion. I don’t have to go to work and go to this dark center of depravity. Nothing she does comes from the joy of causing other people pain.”

On returning for Season 2.
“I was excited to see who Emma was going to be in a vacuum of Joelessness because she lost everything. And I was really looking forward to seeing what was underneath all of that besides Joe. And you’ll see that explored, but it broke my heart to see how incapacitated she was by the grief. Which, again, is why I talk about her being a victim.”

On creating backstory on her own.
“I didn’t know any of her backstory until after I had filmed the pilot. I had created this elaborate backstory, as you do, never having been a series regular before and not knowing you fly by the seat of your pants! I think where I started with her was her callousness. She’s a sociopath; she’s incredibly cold; she lacks empathy; she’s kind of robotic. I don’t think of her as manipulative, I think of her as calculating. She never does anything without thinking about it first. And then I was doing research on the Manson girls and I found this brilliant interview with [Lynette] ‘Squeaky’ Fromme. She was the only Manson girl who didn’t eventually turn or come to her senses. For the first half she’s talking about why she’s in prison, and she was so well-spoken and articulate and sweet and seemingly normal, and then as soon as she was asked about Manson, it was like this light erupted from her face. And you could just see this love beaming from her eyes. And when I saw that, I was like, ‘That’s Emma!’ And that’s what will allow her to commit any atrocity for this man, because none of it means anything without this man.”

On getting caught up as a viewer.
“With new characters who’ve come in, I can watch it and know them off the set and [think], How is this the same human being? It’s a testament to how strong the writing is, and we’ve always been so fortunate to bring in such incredible talent. It’s challenging every day to come in to work, and I love that. This show is like being in an acting master class!”