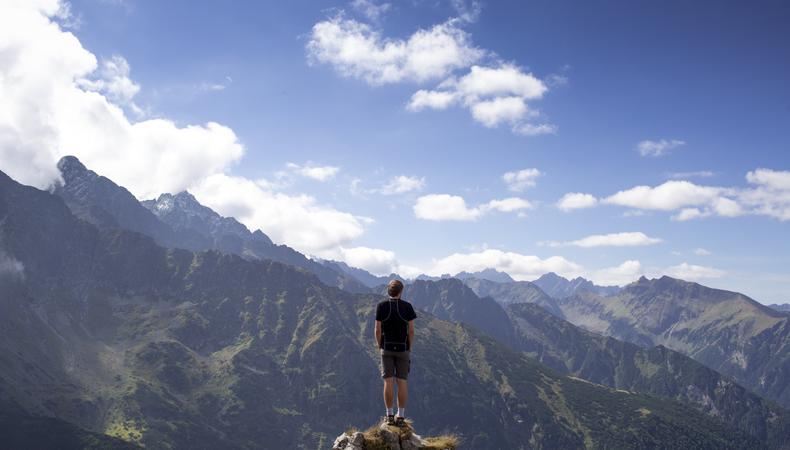 One of the most difficult things in life is to overcome negative thinking and programming. Overeating, procrastination, smoking, and perpetuation of destructive relationships are all hamstringing our potential. Telling yourself to quit this behavior is frustrating because it usually fails to solve the problem. That’s because you can’t effectively fight a negative with another negative.

It’s obvious to you that smoking is negative, so you fight it by telling yourself it’s bad, you instruct yourself not to do it, and then punish yourself for failing to quit. Meanwhile, you notice everyone around you rolling their eyes and saying, “I told you so.” How many negatives do you think will eventually result in a positive? It’s like rubbing glass shards and radioactive sewage into a shrapnel wound and wrapping it in an asbestos bandage.

Can you recall a particular day when you complained about not being able to get an annoying pop song out of your head? Wikipedia aptly offers, “earworm,” “brainworm,” and “stuck song syndrome” as definitions of this common malady, while “Wayne’s World” hilariously coined the term, “The Manilow Effect.” And how many times in that day did you complain about not being about to get it out of your head? Ironically, every time you complain about it you make it more likely that your brain is going to fling it back at you five minutes later.

The only way to get rid of that annoying song on loop in your head is to replace it with a song you love. Sing a new one instead of complaining about the old one. If consciously attempting to do this doesn’t work, automate it and put on your favorite playlist. Pump it up through your headphones until that terrible old tune is a thing of the past because it’s drowned out by songs that make your world hum and pop and glow and radiate power and positivity.

READ: The Purpose of Motivation in Acting (and Life)

Combating destructive thought loops begins with identifying that they exist. The next step is to accept they will always pop up from time to time and not amplify their existence by being frustrated and angry every time they arise. Then, the home stretch consists of countering the negative with a positive, amplifying that positive, and just keeping on going.

If you want to quit smoking, don’t punish yourself by repeatedly telling yourself it’s a disgusting habit, it makes your breath stink, and it’s sending you broke to an early grave. You either believe these things or you don’t but either way, if you’re still smoking, it hasn’t helped. Remind yourself how great it feels to not smell like smoke when you walk into a room full of people. Note the smile on their faces instead of grimaces when you plonk down beside them. How wonderful it is to have clear lungs for that weekend hike or ocean swim. To have minty breath on that date, white teeth, and clean-smelling clothes every day. Every time you resist the urge to light up, immediately take a deep breath and feel the positive results of your decision to counter the old habit with a productive new one. The reward is instantaneous. Focus on that. Amplify that feeling.

Identifying and examining mental and emotional blocks is useful if it leads promptly to forward momentum and prevents relapse, but without the forward movement, introspection is just dwelling on the past—not a useful step in the process. Apply the same knowledge and principles to food, exercise, work, and relationships.

Confidence and success are not easy, but the structure is pretty straightforward:

That’s it. It may take a long time for you to get where you’re going and it may appear to happen overnight for someone else, but that’s not your concern. Your journey takes as long as it takes.

Every single destructive habit in the world has been successfully dropped by millions of people before you, and every single productive habit has been adopted by millions of people also. In whichever way they achieved it, I guarantee you they took the exact stepping stones listed above. Use them to your advantage. Keep your eye on the thing you fancy (career goal, ideal relationship, goal weight, quitting something), identify and remove the obstacles, then take Dory’s advice: Just keep swimming.

Get all of your career questions answered by peers and experts on the Backstage Community forums!

Paul Barry
Paul Barry is an L.A.-based Australian acting teacher, author of “Choices,” and a Backstage Expert. Barry runs on-camera classes in Santa Monica as well as online worldwide and conducts a six-week program called Dreaming for a Living, coaching actors, writers, and filmmakers in how to generate online incomes to support their art.
END_OF_DOCUMENT_TOKEN_TO_BE_REPLACED