The Art of Surviving the Audition Waiting Room 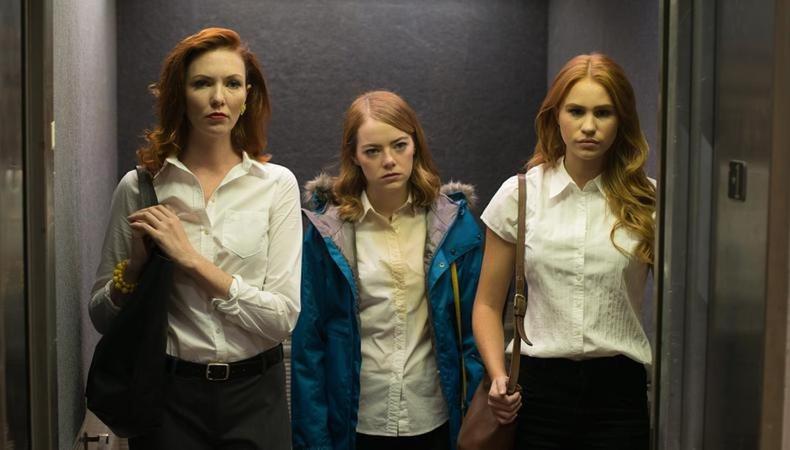 Much has been said about how to conduct yourself properly in the audition room, but what about surviving the psychological minefield of the waiting room? The more you can tune out the distracting—and often toxic, sabotaging—talk from other actors, the better your work will be when you get into the room.

I’m certain many of you have crossed paths with these pre-audition misfits.

The Nervous Talker
This is the guy who strikes up a conversation with other actors out of abject terror. He seems harmless since he’s often friendly and chatty and his subjects of conversation appear innocuous enough (current events, sports, weather, etc). But conversing with him sucks you into his web of anxiety and can indirectly impact your performance.

Solution: Don’t engage. A polite “yep” with no eye contact should give him the message. Bring headphones.

The Status Signaler
This actor will try to psych you out by letting you know that she’s better and more accomplished than you. She’ll talk loudly about “my time at Juilliard” or how she “misses working with Philip Seymour Hoffman.”

Solution: Paying her less than zero attention. Do not allow a single brain cell to engage with her blather. Again, headphones.

The Legit Psycho
This person is more toxic than the status-signaler because he takes his remarks to a level of psychological warfare, talking about how his dad is the cinematographer on the project or how he booked his last audition with a black eye and strep throat. He might even throw out something really provocative and head-scratchy like, “I once had to give Daniel Day-Lewis a shot of adrenaline in Prague.” He desires attention and knows how to get it.

Solution: Ignore him and the reactions he gets from others. He will go the extra mile to psych out his competition by putting on a show. Some actors in the waiting room are guaranteed to take the bait. Pay no attention, particularly when others engage. Headphones.

The Helper
This actor may try to throw you off your game by offering you fear-based “advice.” She thinks she’s being helpful, but it’s really just a buffet table of insecurities. She might say something like, “I wore flats because the lead is already cast and he’s 5 feet, 9 inches” or, “This office likes a really thrown-away read.”

Solution: A terse “sure” with no eye contact should deliver the message that unsolicited advice is not wanted. If not: headphones.

The Omitters
These are some of the most common people you’ll encounter. There might be a last minute change to the prepared sides—“Everyone just read page two!” or “We’re doing cold reads with new sides”—that has been announced to the waiting room. You arrive and have missed the announcement from the CD or session runner. As you sign in, the session runner might be busy or away, and all the waiting room actors look at you, knowing you need the new instructions. However, no one says a thing.

Solution: Do a cursory check with the session runner or casting associate as soon as you can (“Hi, any changes to the prepared material I should know about?”).

The Office BFF
This actor likes to pretend he’s a good buddy of the casting or production office. He greets the session runner like they’re old friends and often makes reference to previous social engagements. He will refer to the CD by their first name or might have a nickname for the casting director (“Jimbo’s new little girl is precious!”).

Solution: Redirect your attention away from this person and the elaborate dance he’s doing. Also, headphones.

These other actors and the noise they make should be as threatening to you as a determined mosquito. Your protection is your preparation and when your preparation is solid and simple, you have the freedom to show production and casting who you are as a person before you start acting. Walk-in with the understanding that your personality may be the thing that gets you the job before any acting takes place.

You wouldn’t try to make friends at the baggage claim carousel at the airport, so take that same mentality into the waiting room: a bare minimum of politeness, with little to no words exchanged at all. If you have a solid preparation and a great final choice for your audition, you are impenetrable. You simply get to live off of the interest of your preparation. Just put on your headphones and tune out the waiting room.

Sign up here to get Pearlman’s free acing and career tips delivered to your inbox, and email [email protected] to launch your career now from anywhere in the world, or schedule an audit.

Ready for the waiting room? Apply to casting calls on Backstage!

Joseph Pearlman
Joseph Pearlman is a celebrity and on-set acting coach for Hollywood’s top actors, musicians, and comedians. He works with clients such as Zooey Deschanel, Skylar Grey, Michael Welch, and Julian Sands, and he also coaches presenters for all the major award ceremonies. Pearlman Acting Academy was voted the best acting studio in Los Angeles by the Backstage Readers’ Choice Awards.
END_OF_DOCUMENT_TOKEN_TO_BE_REPLACED