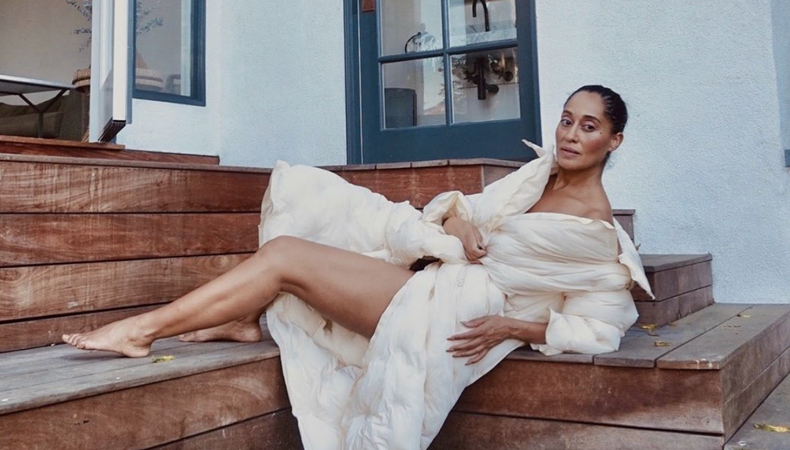 As the daughter of one of Diana Ross, one of the greatest divas in history, Tracee Ellis Ross has been in the spotlight since infancy—which makes it all the more impressive that she’s managed to effectively steal it. That is thanks in no small part to her Instagram (on which she now has a casual 7.3 million followers).

Ross has been starring on ABC’s long-running sitcom “Black-ish” since 2014, winning a Golden Globe Award for playing hilarious matriarch Rainbow Johnson. And though she’s proudly and consistently promoted the show since its premiere, her Instagram has taken on a life of its own, consisting of equal parts glamour, behind-the-scenes peaks, and (most importantly) unmitigated goofiness.

Let’s start with the glamour, though, because there is nary a best-dressed list of the last five years on which Ross hasn’t been cited. And a huge reason to follow her is simply to see her outfits. (Props to her coveted stylist Karla Welsch!)

y’all know I didn’t go to no after party. girl I took some pictures and went to bed.

Now, it isn’t uncommon for very famous actors to post pictures of themselves dressed to the nines. What makes Ross’ Instagram so delightful is how she weaves in decidedly non-pristine posts (the kind that, yes, make you positive you could be pals).

Making my belly dancing debut on @latelateshow tonight! Just kidding, I’m totally not ???? but I do let @harrystyles chat me up and I DO love this gorgeous @jw_anderson dress!

Life is in progress and sometimes that means stopping your routine. And that’s ok. Just as long as you are gentle with yourself and find a way to start again! And have a little fun with it :)

The takeaway from Ross’ Instagram is indicative of 2019 as a whole: The reason you like to follow her is because, frankly, very famous people’s lives are not very similar to that of the rest of us. It’s always interesting, if not downright baffling, to get a voyeuristic look at the inside. But with Ross’ signature silliness, any feelings of rich-people resentment go out the window. Instead, you see her promoting herself, her television show, and her fabulous lifestyle, all the while thinking: This girl is relatable.

And if that ain’t a social media lesson every actor can live by....

Want more? Here is how you can build your digital brand as an actor!

Casey Mink
Casey Mink is the senior staff writer at Backstage. When she's not writing about television, film, or theater, she is definitely somewhere watching it.
END_OF_DOCUMENT_TOKEN_TO_BE_REPLACED