Interested in Visual Effects? The VFX Supervisor for Amazon’s ‘The Boys’ Has Some Unexpected Advice 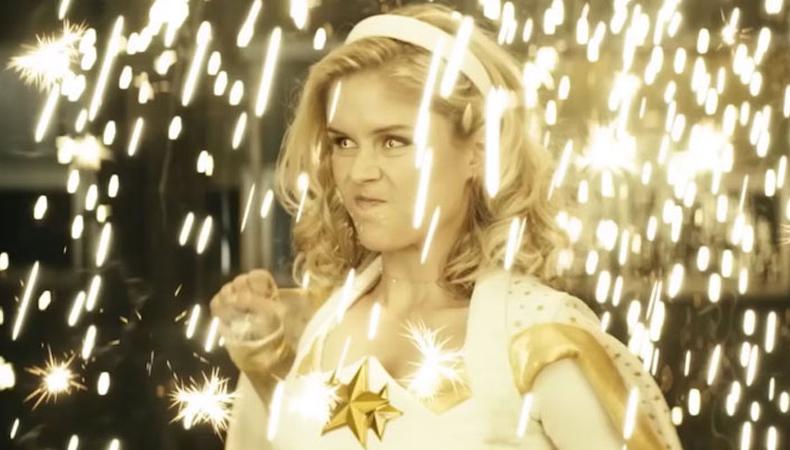 As technology has continued to advance, so too has the role of computer-generated visual effects in the film industry. Visual effects supervisors like Stephan Fleet act as the primary point of contact for all the different vendors tackling effects for a given project, ensuring continuity and clarity at every point from pre-production through post. Fleet currently oversees all of the visual effects on Amazon’s “The Boys,” acting as a liaison between the showrunners and visual effects team.

In talking with Backstage, Fleet describes how empathy informs his collaboration and communication across departments, the value of having an expansive film lexicon, and how his work in fantasy remains grounded in reality.

I actually oversee all of the visual effect supervisors at all of the companies working on our show: I’m like [the] CEO of visual effects and they’re project managers of visual effects. I work with the creator and executive producers of the show to get their creative input and also contribute my creative input. [Once I] figure out what we want, I take that to the companies and work with [them] to deliver that product. I’m [also] the guy that has to come in and educate people on whether it is the best decision to go with visual effects or [whether] it’s a better decision to spend the time and the money now and do it practically. 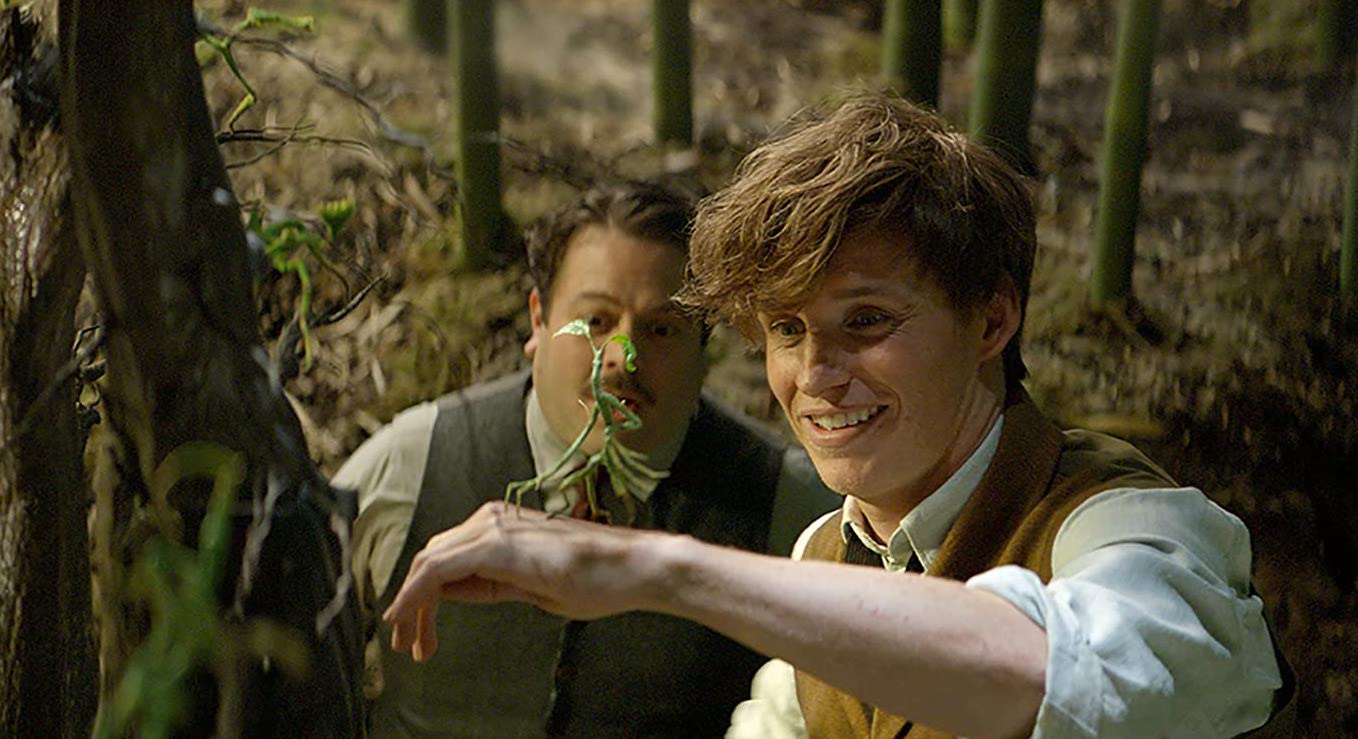 How did you become a VFX supervisor?
I went to UCLA for theater undergrad. I ended up being a graphic designer in the music industry—nothing to do with any of this stuff. Hated it, quit, flitted around Hollywood for a little, found myself applying to USC’s film school. My last semester there, I took a TV class and my professor had a show on the air called “Ghost Whisperer.” He hired me on the spot because of my graphic design skills, which I was just doing as a hobby. I worked for him, for his development company. I was in development before I was in visual effects and I really came at it from that angle, from the storytelling perspective as opposed to the computer perspective. I’ve always been pretty good with computers. Not good enough that I wanted to make that my full-time career, but good enough that I could leverage my computer skills to stay employed.

I think the most direct path is people get in working at [VFX] facilities at a lower level, interning, PA-ing, and then they become artists. I was an artist for a little bit, but again, it was never really my calling to be an artist. I know the programs, I’m good at figuring things out, but I don’t have the patience to sit down and actually do the work.

What does a day in your life as a VFX supervisor look like?
When you first get hired, you’re going to read the scripts or outlines and have a lot of meetings with whoever the director of that episode is, the showrunner, creators, and writer. And the [director of photography] and production designer. It’s going to be a lot of collaboration to figure out the show, especially in the first season as you develop the tone and look of the show. I might be going to locations. I might have a costume show-and-tell with the costume department and contribute what I can there. Or I might be working with a [pre-visualization] company, which is a company that creates a cartoon in a computer for a scene. Or maybe it’s showing concepts for what a superpower could look like or what the building is going to look like.

The reality of it is whenever you film anything, 100 things are going to go wrong that day, so prep is a way to get rid of as many things that could go wrong. You have to have backups and fallbacks for how to do things, especially in television and anything [episodic]. You have to be able to shoot from the hip—there’s no coming back tomorrow if you run out of time. I come from a film background more than a visual effects background.

One of the biggest mistakes I see is that people come in from that computer perspective and don’t understand that human beings actually have to film it. If you don’t account for the human factor, it’s not going to work. A lot of it is learning how different departments work, how cameras work, how directors work, how costumes work, and building empathy for them and hopefully getting some return empathy.

Generally speaking, the complement to the VFX supervisor is the VFX producer [in post-production]. Sometimes it’s the same person, but on a big show like [“The Boys”] it would never be the case. The [visual effects] producer is head of finances and schedule, but the truth is you both have to work together.

In post, they’re the ones negotiating with the vendors and making sure they’re getting things on time. Then you have coordinators who have such a huge process of getting the data, the shots, back and forth between the companies and keeping things organized and presenting me with the material.

How have you been collaborating with the showrunners on “The Boys?”
We talk two or three times a week, we have sessions remotely right now. [Eric Kripke, the showrunner] invites me to the writer’s room sometimes. Between Season 1 and 2, I went into the writer’s room and talked to the writers about things that look better in visual effects in this day and age versus that don;t. I thought that was really cool and a rare opportunity. I used to be really scared of showrunners because they’re perceived as these kings that are high and mighty and up there, but what you learn is they’re humans too. I have to take the computer stuff and translate it into a storytelling language when I talk to people on the writer or the showrunner side. It does nothing for a visual effects supervisor to keep quiet. You’ve got to speak up. You have to be polite about it, you have to be a diplomat, but you have to speak up in the room for sure.

How do you hire your crew?
A lot of it becomes a word of mouth and connection: someone knows someone. I’d say that’s the primary way. And then if you have people that work out that you like working with, it’s always best to bring them back. Just like any job, you get to a place where not only do you understand them but they understand your show and the way you work.

In terms of hiring VFX vendors, that has evolved. You start learning the strengths of [each] company. Let’s say one company turns out to do a really good job with blood—we have a lot of [computer-generated] blood work in our show—then they tend to become your blood go-to. There is no one way, it really depends on the show. But typically, you’ll have one place doing your set extension, one place doing your monitor comps, one place doing your fire work, etc. You try and break it up logically in those ways.

Is it beneficial for aspiring VFX supervisors to have familiarity with cameras?
One-thousand percent yes. I wouldn’t call myself a cinematographer and I don’t consider myself a professional photographer but I definitely learned my way around a camera. The better you can get at that, the more you’re going to understand and be able to work with the DP and camera crew. I think from my experience, DPs like it when you can speak to them in your language and you understand cameras as opposed to coming at them like from a computer perspective. When you’re on set asking a camera guy to do something he can’t do with a camera, you’re going to get a lot of stares. I’ve been that guy, so I really try to honor and respect the way a camera works. I think it’s really important to do that to make things look real.

What are some of your favorite moments of great VFX?
I [tend not] to look at other visual effects stuff for reference for the visual effects I do unless I really have to. I don’t pay attention to the technical side of the visual effects. I try and find real-world examples. [If] I’m looking for explosions, I’ll look up real explosions on YouTube. If I’m looking up spaceships, I’ll go look up real spaceships. I tend to look at a lot of art—I have an art history minor so it’s fine art or digging deep into film history.

At the end of the day, VFX is just another tool to help drive story and character. But story, character, and plot are the keys. No matter how fantastical the product I’m making is, I’m trying to find a way to make it connect to reality as much as possible. So I’m always looking for those real things I can add to the fantasy to connect it to our world. It’s always about grounded reality first working its way up to fantasy as opposed to fantasy on down.

What advice would you give an aspiring VFX supervisor?
One, you’re going to have these periods in your life where you see a door ajar or an opportunity, and you want to wedge your foot in that door and hold it open, and just pull it [as] hard as you can. Look for those opportunities. Two, whatever skills you have that might not necessarily be directly related to what you want to do, exploit them. Don’t hide them. If you happen to be good at graphics or website design or photography, use it to get in the door. Use it to get close to the people and projects you want to be close to.

Allie White
Allie is Backstage’s director of editorial operations, whose professional background includes women’s interest, news, health, beauty, and, of course, entertainment. Despite a crippling fear of singing in public, she still believes she’ll be a Broadway star one day.
END_OF_DOCUMENT_TOKEN_TO_BE_REPLACED