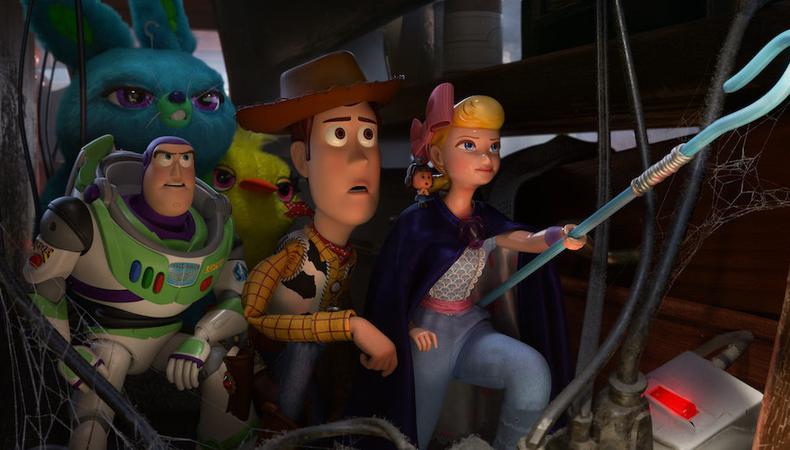 Oscar nominee Charlize Theron lowering her voice to play Megyn Kelly in “Bombshell”; Lupita Nyong’o’s terrifying take on the Tethered version of herself in “Us”; Bradley Cooper altering his voice a full octave for “A Star Is Born”—these recent screen performances prove how a character sounds is as important as they look.

Now, have you ever noticed how big-name actors tend to find time in their careers to play the voice of a character in an animated film or two? If they’ve already proven their ability to deliver a holistic performance that encompasses both the physical and auditory sides to a flesh-and-blood character, why not take it a step further?

While certain special rules apply, and actors hand their appearances off to animators and cartoonists instead of costume designers and makeup artists, the basic concept remains the same: voiceover actors need to discover how their role serves the story. They need to collaborate with other talents—both performers and technicians—and they have to learn techniques for controlling and maintaining their voice.

If you’ve considered getting into voiceover, start here. We’ve brought together nine experts speaking about voiceover careers. Learn how great it is to perform in your pajamas and hear how voiceover can lead to playing new and fantastic characters beyond an actor’s “usual” range.

Shameik Moore, “Spider-Man: Into the Spider-Verse”
“As an actor, you’re pretty much a voice actor—you use your voice. [I’ve been going] on auditions for voiceovers since I started acting; it’s one and the same to me. And if you’re an actor, it should be the same. Think about it like this, ’cause if it does feel different to you, all you got to do is act it out in front of the [voiceover] mic. If you’re supposed to be crazy or if you’re supposed to be cool, act cool in front of the mic—just do it like the camera is there. That’s the secret.”

Katee Sackhoff, “Star Wars: The Clone Wars”
“Voiceover is so much fun because you get the opportunity to play characters you’d never get to play. Some of the most iconic male or boy cartoon [characters] are played by women. What voiceover does is it puts everyone on an equal playing field. It’s the person who has the best understanding of the character and who manages to find something that’s individual and authentic in a voice who gets the role.”

Natalie Lyon, Casting Director for Pixar
“We want people’s natural voices. For the larger voiceover world, I know that it’s about being able to do a bunch of different voices, and so it’s interesting because the standard demos don’t really work for us. We still need people who can do great things with their voice, [but] one thing that I wish for when we got demos is that people would speak a little bit with their natural voice.”

Lori Alan, “SpongeBob SquarePants”
“[D]on’t think that just because you have a cool voice that you can automatically do voice-overs. You must learn technique, know where your strengths are (i.e., my high strung, fast-talking nature comes in handy for the legal stuff you hear rattled off on commercials), and be prepared to stay in classes to always keep up with the trends—especially in commercials and promos.”

Lucie Pohl, “Red Dead Redemption 2”
“For voice work, you really have to be aware of every little thing reading and you have to be aware of the fact that you only have your voice to convey emotion and anything [else] you want to convey. So the preparation is obviously getting your voice warmed up and making sure that you take care of your voice, but also just learning how, like, if you smile, how that makes your voice sound different than if you [scowl], how your voice sounds when it’s very heady compared to when you really let it blast out of your diaphragm.”

Amber Nash, “Archer”
“You’re voicing a completely different character that you’re not responsible for. Someone else makes that character look good or bad. I can hide behind it. When I go in to record, I don’t have to worry about hair and makeup, or what I’m wearing, or if I’m bloated because I ate too much salt the day before—all the things regular actors have to think about.... I learned how to distill down all the things you have when you’re acting with your full body, but getting that out through my voice. I still get excited when I go into the booth to figure out how to make it work.”

Karen Strassman, “Monster High”
“For both [onscreen and voiceover], you have to place yourself into the ideal imaginary circumstances that your character experiences and go there in your heart and spirit to make either medium come to life. It’s also important to know what your character serves in the overall storytelling of any given project so that you can best serve the project itself. I also always make sure to look for the fun, even if it is a heavy or challenging project. If the audience feels me having fun as a creative artist, they will come along with me for the ride and be somehow touched affected by it.”

Phil LaMarr, “Futurama”
“It’s sort of a misnomer to call it ‘voice acting,’ because truly, the acting comes first, the voice is second.... A lot of people think, Oh, I talk all the time, why shouldn’t I get paid for it? They don’t understand that it really is the exact same thing you’re doing in any other [acting] field, just that you’re doing it into a microphone rather than into a camera or for a live audience. The job is the same: taking a script, bringing it to life in front of an audience, and making it real.”