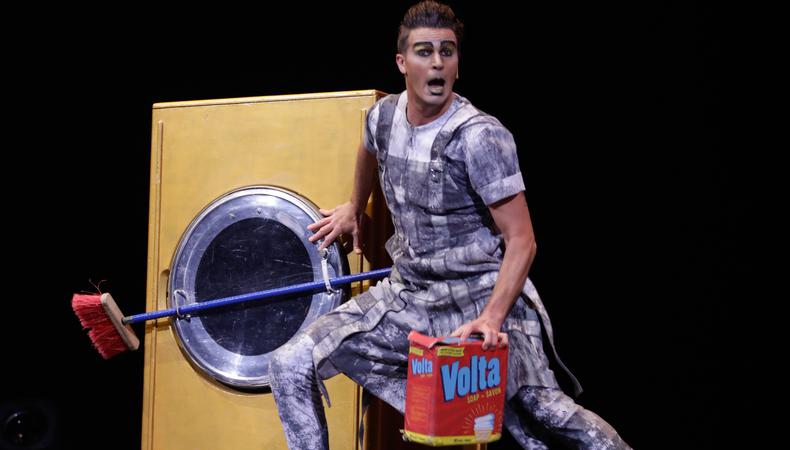 I recently had the pleasure of seeing Cirque du Soleil’s “Volta” show, featuring trapeze, trampoline, song, dance, BMX, and some skits during set changes. When the first of these skits started, I was a little skeptical. Three big washing machines were wheeled onto the circular stage, the performer came on with a laundry basket in his arms, and it began. Little did I know what lessons would be reinforced for performers through the skit and by the end of the entire show!

The skit actually turned out to be very funny and very well done, and had us all in stitches pretty soon. Then it happened: the big mistake. The moment where it goes wrong and the illusion is broken. We’d reached a point in the skit where our dedicated if slightly flummoxed launderer was throwing his pile of clothes into the machine on one end of the stage only for it to immediately b spit out by the machine on the other end. This repeated a few times and in a bout of utter frustration, he threw the whole basket into the machine. Predictably and still comically, it gets energetically spit out by the other one. The only problem is, his aim was just slightly off and his basket never made it into the first machine! It bounced off the frame and now there were two baskets sitting in plain sight onstage.

You may be surprised to hear that the minute that followed was my favorite of the whole evening. Our lovable launderer embraced the gold of what was before him. He didn’t panic, try and pretend it didn’t happen, go on as normal and planned, sort of ignore the whole thing, or do his best to cover it up. Instead, he took a moment to stare, the same as all of us. He allowed himself his natural, truthful moment of amusement and “well, damn,” and openly shared it with us. He found the comedy in the moment as it actually happened and chose to draw attention to it and play on it.

After this moment of acknowledgment and reappraisal, he finally continued with his rehearsed, expected, big comedic reaction of surprise at the spit-out basket, now totally transparent and tongue-in-cheek and thereby made all the funnier. Even he was chuckling through it. His hilarity at and enjoyment of the whole situation, and himself in it as a performer was obvious. Then he went on to conspicuously cough as he conspicuously kicked the surplus basket to the back of the stage, adding to the general amusement, and then continued on with the rest of the skit.

Why was this so magical and had me raving about him the whole way home? Because by allowing himself to live in the moment as it actually occurred, he came alive in a deeply natural, human, and truthful way and showed ingenuity. He was relatable in his fallible humanity. We felt connected to him and rooted for him as he invited us in, rather than keeping us at arm’s length with a perfectionistic façade. The rest of the company did the same whenever one of the acrobatic feats went wrong: They acknowledged it, trusted we were rooting for them, and dealt with the mistake.

As performers, we become incredibly truthful when genuinely dealing with the unexpected in a moment of a mishap. Rather than shying away from it, be like the lovable launderer and harness that power. Whether in tapes, auditions, onstage, or on set, the times I made a mistake in an audition and didn’t mine the gold of it, I missed out. The times I made a mistake in a tape and rolled with it, I ended up with gold and you bet that I used that take. Many of your favorite moments in movies were unplanned mistakes! 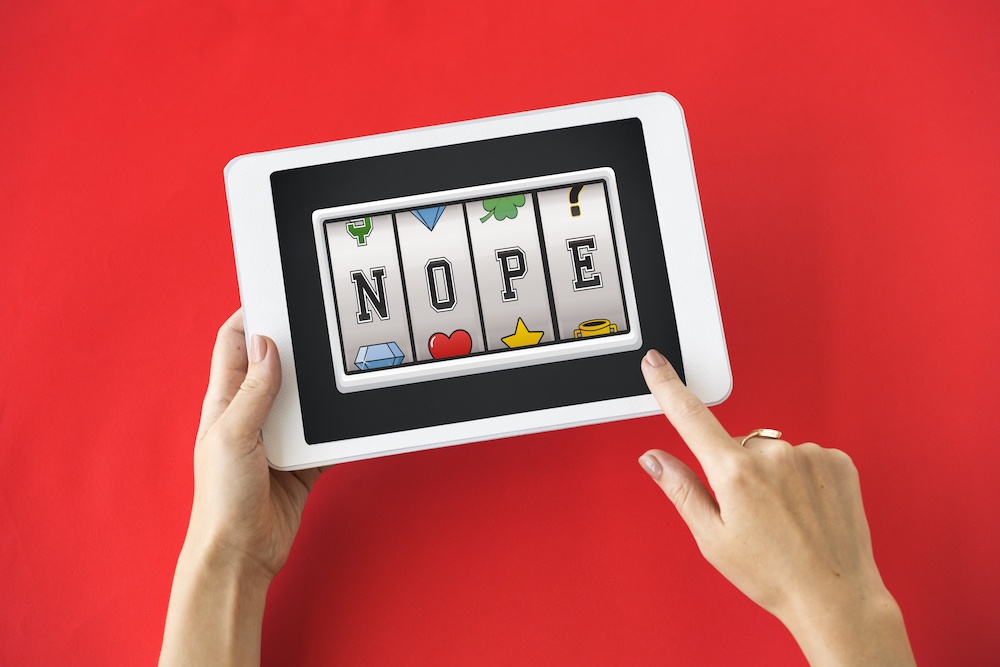 How to Handle Failure + Rejection (And Come out Stronger)

Another takeaway is to remember your joy as a performer. The performers who shone most that night and transported the audience the most were the ones who were having the most fun. It’s easy to get bogged down in the grind of trying to make something happen in an industry that’s hard to control. That’s why it’s important to remember why you do it all. Get back to doing it for yourself, for the simple joy of it. There’s no better way to stand out and be happy.

Embrace the moments that don’t go as expected, be that in performance or in life. Have fun and I promise you, you’ll be golden.

Mera Mayde
An award-winning British-German actor and alumna of the University of Oxford, Mera Mayde has worked internationally on stage and screen for two decades, counting Cannes- and BAFTA-winning directors, platinum-awarded musicians, and eminent choreographers among her colleagues. Having been called “a gift to the movies” and “a young Meryl Streep” by respected industry peers, Mera continues to be inspired and driven by the power of story.
END_OF_DOCUMENT_TOKEN_TO_BE_REPLACED