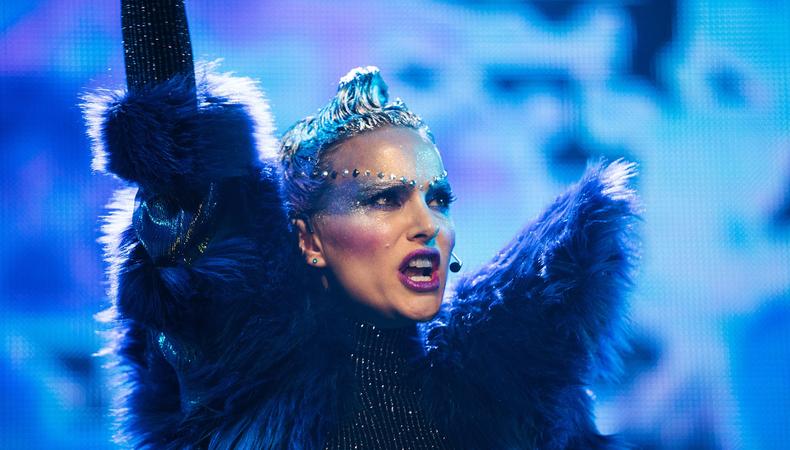 As you head into the inevitable chocolate coma of Easter, it’s probably time to get out there and find inspiration in the big city while you can. What to do? Well, what about hunter-gathering some words of wisdom from people you admire and basking in amazing performances? Sound good? Hooray, we’ve got you covered!

Questions and Answers
In upcoming film Vox Lux, Natalie Portman does a star turn as a troubled pop star. Why not join Vox Lux’s director Brady Corbet and cast members Stacy Martin and Raffey Cassidy on 23 April to hear them talk about the film at the Curzon Mayfair. (From £18)

LISTEN: Backstage’s In the Envelope Episode With Natalie Portman

Nooks and Crannies
And while on the Q&As, here’s a combo: Rob Brydon and Barry Humphries – the man behind Dame Edna, together on stage at the Palladium on 28 April. Brydon will be interviewing his hero Humphries about his career and how he created his most famous character, promising to “probe his every nook and cranny, relentlessly.” (From £29.50)

Peake your interest
Back for a third year is Fertility Fest, now alive and kicking at its new home in the Barbican. There are plenty of performances, exhibitions, and talks with artists and experts but 2019’s big centrepiece is the world premiere of a new play based on Julia Leigh’s IVF memoir Avalanche starring one-woman wonder Maxine Peake. If you’re interested in the subject or not, a Peake performance is always worth your attention. (For two weeks from 27 April. Prices from £16)

Find 2001 sources of inspiration
When the likes of Steven Spielberg tell you not to miss something, it’s time to listen. Opening on 26 April is the Design Museum’s blockbuster Stanley Kubrick exhibition. Costumes, sets, and props will all be on display at the museum’s fancy new Kensington home. If you want to immerse yourself in all things Kubrickian for creative inspiration, this is for you. (£14.50)

Hear from the best of the best
BAFTA is gearing up for one of the big dates in its awards calendar, the TV Awards in May, but on 27 April the Academy will be holding various BAFTA Sessions celebrating the nominees in different categories. There are sessions on performance, directing, writing, costume, and makeup. Not to be missed. (£6 per session)

Oh what an interesting career
You can’t say actor Denis O’Hare’s career isn’t varied. New York-based, he’s done TV (True Blood, This Is Us, American Horror Story), Film (Milk, Dallas Buyers Club); and now he’s in London starring in the National’s production of Tartuffe. On 26 April, Denis will be talking about his career and life on stage and in film. (£7)