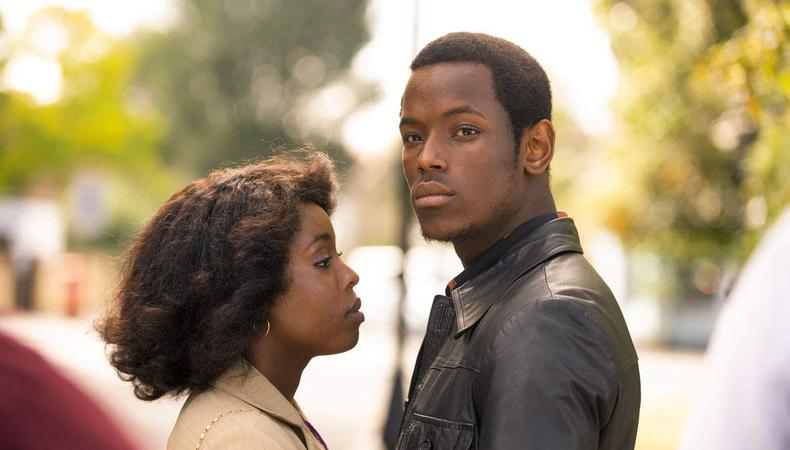 For actors looking to learn more about the ins-and-outs of casting, there’s plenty to take away from our chat with two of the best up-and-coming casting directors (CDs), Jessica Straker (Rocks, Small Axe) and Sophie Kingston-Smith (The Great, The Nun). The pair sat down with us to talk getting the most out of actors, the future outside London, and their most memorable auditions.

On getting the most out of auditions by feeling at home
Kingston-Smith: “It can be daunting to step in a room of people, and there’s a camera pointing at you. So, making people feel comfortable is key. The setup of our studio had a walk from the reception to the audition room that was at least a minute and a half long. That walk would be about talking to actors on their level, getting them a glass of water, and letting them know that I’m a person as well, and not to feel intimidated. Giving someone that space to relax is essential. I’ve met very few people who’ve stayed in character or accent from the minute you pick them up to getting in the room. Generally, they just want to be themselves until that moment.”

Looking for your next stage or TV role? Check out our UK casting notices

Straker: “For anyone, even established actors, it’s about getting them comfortable in the room (or Zoom). We have a chat section before starting, which is still very much part of the audition – you just want to see their vibe. And one of my skills that’s been useful is being able to talk to all different sorts of people. I worked as a cashier and I remember thinking: ‘I’ll do this because I’ll be able to talk to anyone.’ ”

On what makes an audition memorable
Kingston-Smith: “There have been so many but I’ll always remember an early one, my first proper casting job for Chichester Festival Theatre. We’d been through a lot of auditions for the role and this guy came in. And it was one of those slow-burn scenes, where it starts off as a casual conversation and descends into something really emotional, a kind of breakdown. I don’t think the actor had done much before but by the end of the scene, the room was absolutely silent. I was reading with him and forgot to say the next line. I was just staring at him with tears in my eyes. It was so beautiful. And he got the job, thank goodness. But I’ll remember that forever – the atmosphere in the room was special, palpable. It’s one of the reasons I love auditioning in the room – so you can feel that energy.”

Straker: “For me it was D’angelou Osei Kissiedu, who plays Emmanuel in Rocks. We’d been meeting kids all weekend. For the audition, I was playing a stressed mum on the bus, and I actually felt stressed with all these different kids! And then D’angelou came in and he just made us do mindfulness. He actually did meditation in his audition! And that was when we knew, especially when all of the kids who we saw were really into Fortnite and couldn’t improvise without doing the floss or something. He just knocked it out the park. And actually made us calm as well!”

On whether regional accents hold you back
Kingston-Smith: “It depends on the context of the show and how open the production is to a varied cast of accents. Sometimes, an accent has to make sense in the story, so I wouldn’t say that an accent would hold you back but it needs to make sense. If you can nail an RP accent, that will lend itself to a broad range of castings. And an American accent is very advantageous, if you can nail it. But having said that, your accent is you; it’s what makes you stand out. So, it’s not that your regional accent would hold you back, more that it perhaps wouldn’t be right for absolutely everything. And, of course, nobody is right for absolutely everything.”

On roles for actors outside of the ‘norm’
Straker: “There aren’t enough. But I think it starts with writing. This is true for thinking about whether a role is just for someone able-bodied, too. A lot of things are written with a specific ‘norm’ – an unconscious bias, which makes it hard to cast outside. I’ve seen productions fall into tropes, where for secondary characters you’re like: ‘Oh, yeah we could go for a different shape there, we could go for a different ethnicity, or we could go with someone who’s neurodivergent, whatever.’ That creates typecasting and stereotypes. So, I think it needs to change with writers. Of course, I sometimes query castings; I like to ask if we can put forward different types of people. But if it’s not just the CD’s choice – say you’ve got loads of other people like producers, who all have their say, we have to really check people and be like: ‘Is there a reason why this character weighs this much?’ Or: ‘Why are you dismissing this person?’ Pointing out those things is a constant conversation.”

On not having to be based in London anymore
Kingston-Smith: “I enjoy meeting people in the room and look forward to getting back to in-person auditions. However, I think this year has shown us we can all work in a completely different way and be just as efficient. I do think the message now for people who don’t live in London is that you absolutely are able to be considered for roles, you absolutely can be a part of the acting world. We have been casting people from Iceland and even before COVID, we were casting from all over Europe. We’ve managed to meet some amazing actors this way. Maybe being outside of London means fewer opportunities to network and stuff. But even that might be more digital now.”