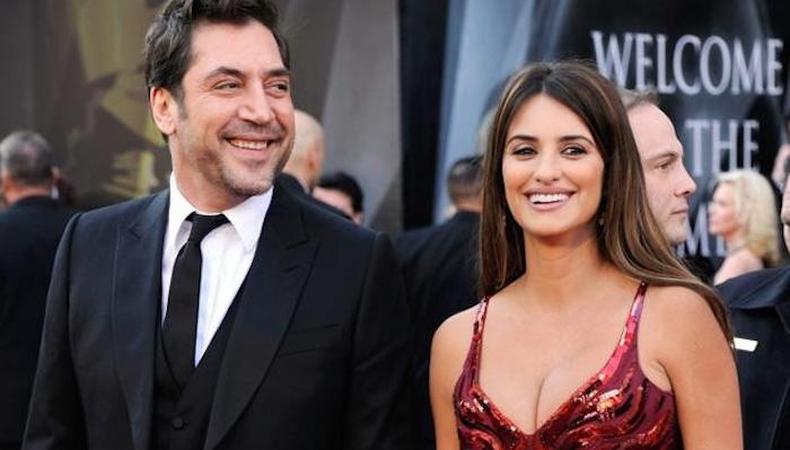 IRL couple Javier Bardem and Penelope Cruz will take their love to the big screen.
The two will star as Pablo Escobar and Virginia Vallejo in “Loving Pablo,” a project Bardem (also producing) has been working on for a long time. The film will reportedly premiere at Venice Film Festival and is based on Colombian journalist Virginia Vallejo’s book “Loving Pablo, Hating Escobar” about her romantic relationship with Colombian drug lord. (Deadline)

Riz Ahmed, Emilia Clarke and more back plan for free drama schooling in the U.K.
Open Door is a new initiative founded by United Kingdom-based actor David Mumeni, intended to give 30 young actors assistance with acting training, bursaries, workshops, and opportunities to see theatre free of cost. Established actors Riz Ahmed, Emilia Clarke, Woody Harrelson, and David Morrissey have signed on to serve as patrons for the initiative. (Backstage)

Actresses come forward to talk about disturbing, non-consensual interactions with filmmaker Nick Stewart.
Yet another reason to always trust your gut if things feel weird at any stage of a project and to always, always report inappropriate behavior. (The Hollywood Reporter)

By turning down “Hellboy,” Ed Skrein shows us how it’s done.
In an unprecedented move, actor Ed Skrein has withdrawn from a major film due to his character’s whitewashing. Skrein, a white, British-born actor of Austrian-Jewish descent, was slated to play Ben Daimion in the upcoming “Hellboy” film reboot, a character that is Japanese-American in the original comic series. News of his casting made its way quickly around the web with various groups, ranging from devoted “Hellboy” fans to racial representation advocates, stoking an onslaught of outcries on social media. (Backstage)

“Orange Is the New Black” and “Weeds” creator Jenji Kohan has some disgusting stories of Hollywood sexism.
“She had her ‘tit grabbed’; her name was taken off a script,” writes Emily Nussbaum. “Once, when she was pregnant and about to have a job interview, her agent advised her to wear a big shirt and eat candy, so that the showrunner would think she was just fat.” (The New Yorker)

Equity members set to vote on dues raise.
Actors’ Equity Association, the country’s union for professional actors and stage managers, is hoping to increase its annual membership dues for the first time since 2002. But before the fees are raised, the members whom it would affect must approve the motion. (Backstage)

Meet the new voice of Kermit the Frog.
Matt Vogel, only the third person to ever voice the lovable Muppet, made his debut this week in an episode of “Muppets Thought Of The Week” on YouTube.

Allie White
Allie is Backstage’s digital managing editor and project manager, whose professional background includes women’s interest, news, health, beauty, and, of course, entertainment. Despite a crippling fear of singing in public, she still believes she’ll be a Broadway star one day.
END_OF_DOCUMENT_TOKEN_TO_BE_REPLACED