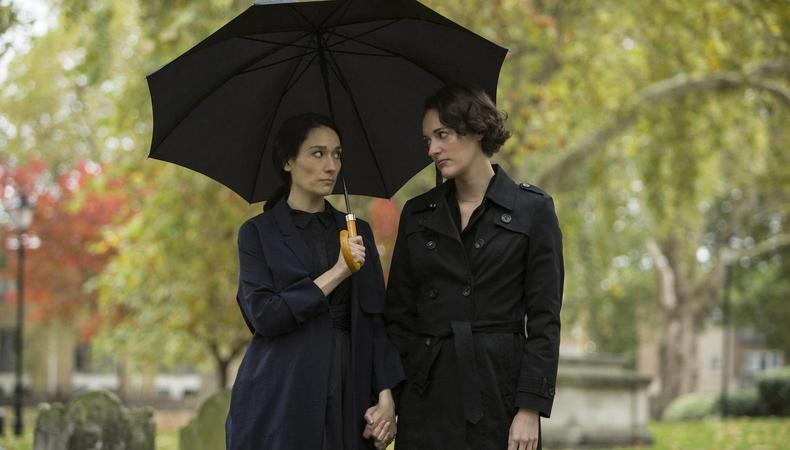 With a last hurrah that thundered like a dragon’s roar, “Game of Thrones” made history as one of the winningest series in the history of the Primetime Emmy Awards Sept. 22. At the Academy of Television Arts & Sciences’ 71st annual ceremony, broadcast live on Fox from the Microsoft Theater in L.A., David Benioff and D.B. Weiss’ HBO fantasy hit extended its own record for most scripted series wins ever, taking home 12 total honors including for supporting actor Peter Dinklage and best drama.

Including wins from last weekend’s Creative Arts Emmys ceremony, HBO raked in trophies for its other hit series—“Chernobyl” won the trifecta of directing, writing, and best limited series prizes, totaling 10—to become the year’s highest Emmys earner yet again with 34. The cable network went into this year’s ceremonies with 137 nominations, followed by Netflix’s 117. The streaming giant’s biggest successes proved to be “Ozark,” winning for director Jason Bateman and supporting actress Julia Garner, as well as Ava DuVernay’s miniseries “When They See Us,” which claimed the leading actor prize; Jharrel Jerome became the youngest winner and first winner of Latino descent in the category.

Patricia Arquette, twice nominated in limited series this year, won for her supporting work in Hulu’s “The Act”; in the leading category, the award went to Michelle Williams for playing Gwen Verdon in FX’s “Fosse/Verdon.” In her speech, Williams pointed out that women of color stand to make 52 cents for every dollar a white male counterpart makes, thanking the show’s producers “for supporting me completely and for paying me equally because they understood that when you put value into a person, it empowers that person to get in touch with their own inherent value. And then where do they put that value? They put it into their work.” HBO’s “Last Week Tonight With John Oliver” and VH1’s “RuPaul’s Drag Race” earned the variety talk series and reality competition statues, respectively.

In the comedy races, Alex Borstein of “Mrs. Maisel” edged out considerable competition for a repeat supporting actress win, with her co-star Tony Shalhoub winning his fourth overall Emmy. Bill Hader also repeated his leading comedy actor win for his dark comedy “Barry.” Jodie Comer prevailed in this year’s leading drama actress race for her work in Season 2 of BBC America’s “Killing Eve,” winning over her co-star Sandra Oh, Emilia Clarke of “Game of Thrones,” Viola Davis of ABC’s “How to Get Away With Murder,” Laura Linney of Netflix’s “Ozark,” Mandy Moore of NBC’s “This Is Us,” and Robin Wright of Netflix’s final season of “House of Cards.”

Billy Porter earned the prize for leading drama actor for his work as emcee Pray Tell on FX’s “Pose,” becoming the first gay black man to do so. In his exuberant acceptance speech he said, “We are the people, we as artists are the people that get to change the molecular structure of the hearts and minds of the people who live on this planet. Please don’t ever stop doing that. Please don’t ever stop telling the truth!”

Jack Smart
Jack Smart is the awards editor at Backstage, where he covers all things Emmy, SAG, Oscar, and Tony Awards. He also produces and hosts Backstage’s awards podcast “In the Envelope” and has interviewed some of the biggest stars of stage and screen.
END_OF_DOCUMENT_TOKEN_TO_BE_REPLACED