13 Actors Who Started Their Careers on Nickelodeon 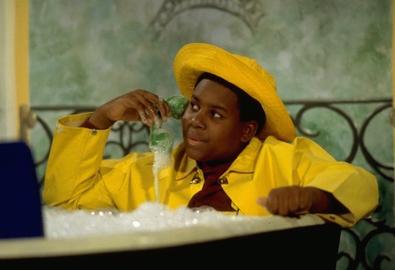 You may recognize these actors as the stars of today’s hottest films and sitcoms, but before they were household names, they broke into the industry as children on Nickelodeon.

Nat Wolff
Before he was leading man in “Paper Towns,” or playing opposite Shailene Woodley and Ansel Elgort in “The Fault in Our Stars,” Wolff starred on the Nickelodeon series “The Naked Brothers Band” alongside his real-life brother Alex. Although the two still make music together, Wolff’s acting career is hitting a separate and serious high note.

Miranda Cosgrove
Known for voicing the role of Margo in the animated hit film “Despicable Me,” Cosgrove once starred on two hit Nick shows, “Drake & Josh” and “iCarly” as the titular lead. She will return to the small screen in 2016 on NBC’s new sitcom “Crowded.”

Ariana Grande
This pop princess, now one of music’s brightest stars, was once known for her signature red hair and high-pitched voice as Cat Valentine on “Victorious.” Grande will continue her acting career on Ryan Murphy’s horror-comedy “Scream Queens” this fall.

Emma Roberts
Far from her “Unfabulous” beginnings as middle school singer-songwriter Addie Singer, Roberts is now a stalwart on “American Horror Story” and will star alongside Grande in “Scream Queens.” She can also be seen in the feature film “Nerve” in 2016, with co-star Dave Franco.

Kenan Thompson
This “Saturday Night Live” funnyman is no stranger to sketch comedy. As a teenager, Thompson gained the experience and notoriety necessary for a lasting comedic acting career on “All That,” before later moving on to the hit ’90s sitcom “Kenan & Kel.” Thompson is currently filming a comedy titled “Brother in Laws” with fellow “SNL” cast members Taran Killam and Bobby Moynihan.

Christian Serratos
At just 16 years old, Serratos got her start as popular middle schooler Suzie Crabgrass on “Ned’s Declassified School Survival Guide.” She later received a Young Artist Award for her supporting role as Bella Swan’s best friend Angela in the “Twilight” franchise, and is now a series regular as Rosita Espinosa on “The Walking Dead.”

Jake T. Austin
Better known as Dora the Explorer’s adventurous cousin Diego on Nick Jr.’s “Go, Diego! Go!” 20-year-old Austin was cast as a series regular on ABC Family’s “The Fosters” for the first two seasons of the show. He also played a role on “The Wizards of Waverly Place” for 106 episodes and voiced Fernando in the 2014 animated film “Rio 2.”

Melissa Joan Hart
A young Hart once starred as the title character in one of the network’s most popular sitcoms, the Emmy-nominated “Clarissa Explains It All.” However, Hart’s career only flourished after the show came to an end in 1994. She went on to receive great success on “Sabrina the Teenage Witch,” and can now be seen in the ABC sitcom “Melissa & Joey.”

Elisha Cuthbert
Cuthbert started her now impressive television career as an extra on “Are You Afraid of the Dark.” She was later offered a role as a series regular when the show was revived in 1999. Post-Nickelodeon, Cuthbert has remained prominent in the world of TV with roles on shows like “24,” “Happy Endings,” and “One Big Happy.”

Jessica Alba
Alba started her career with a recurring role on “The Secret World of Alex Mack.” She went on to receive a Golden Globe nomination for her role in the television series “Dark Angel” in 2000, and starred as Susan Storm in the “Fantastic Four” franchise. She is set to appear in several films in 2016, including “The Veil,” “Dear Eleanor,” and “Mechanic: Resurrection,” and action-thriller starring Jason Statham and Tommy Lee Jones.

James Van Der Beek
Before breaking into the TV industry on “Dawson’s Creek,” Van Der Beek made an appearance as a drummer, and the object of Clarissa’s affection, on “Clarissa Explains It All.” More recently, he starred on shows “Don’t Trust the B---- in Apartment 23” and “Friends with Better Lives.” He currently plays Elijah Mundo on “CSI: Cyber.”