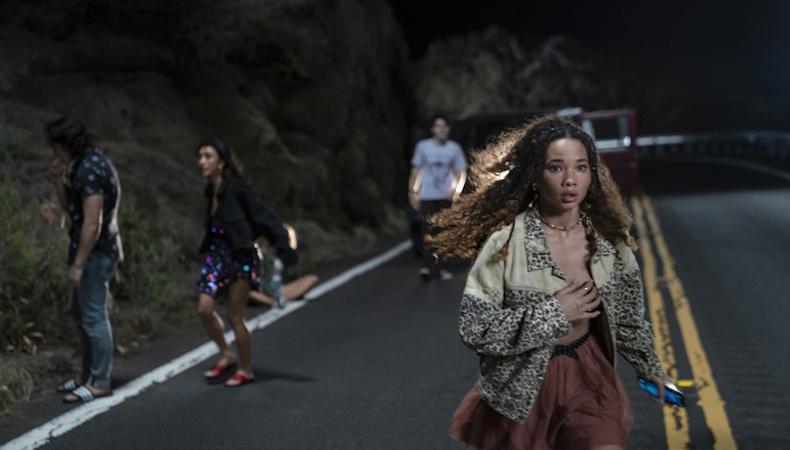 “I Know What You Did Last Summer” is back and deadlier than ever thanks to its oh-so gory special effects makeup (SFX). The head of the Amazon Prime show’s makeup department, Rela Martine, shows off her SFX skills in the new series with impressive prosthetic designs and of course, creating a ton of ooey-gooey fake blood.

Martine dishes on everything you’ve ever wanted to know about fake blood and the art behind the SFX makeup seen in the highly anticipated teen horror series.

We’re dying to know about that fake blood.

From solutions that can stain to skin-friendly products to blood that’s safe in the mouth, Martine says there are many different types of fake blood, so it’s important to know which you’re using to ensure everyone’s safety—especially when it comes to actors’ allergies. She tells us she and her team are essentially blood experts now. “We take a lot of safety courses, and we need to label everything because there are people who are allergic to silicone, and a lot of that is used in products. You just have to ask [the actors] and make sure.”

Martine highlights a crucial factor  SFX makeup artists should be aware of.

The weather plays a significant factor in SFX makeup, says the pro. “I Know What You Did Last Summer” was filmed in Hawaii, which has a drastically different climate than what she was used to in Los Angeles. This, naturally, made it challenging for prosthetics. “You have to learn how things work, being in that kind of humidity—how the blood worked in that kind of humidity. That was all new to me. I did have a great team who [were] from there, too, so that helped because you’re only as good as your team.”

How this SFX Makeup Pro Creates Her Gruesome Looks

The SFX makeup works so well in “I Know What You Did Last Summer” because of this technique.

To help create the show’s modern and dark aesthetic, Martine says she played off the actors’ “own natural abilities” a lot. She’d ask them, “Like, ‘If you’re crying in that scene and you wipe your makeup, how would you wipe it? Show me how you’d do it with your hands.’ And then they would show me what they would do, which probably set them up to know what they were actually going to do in the scene.” 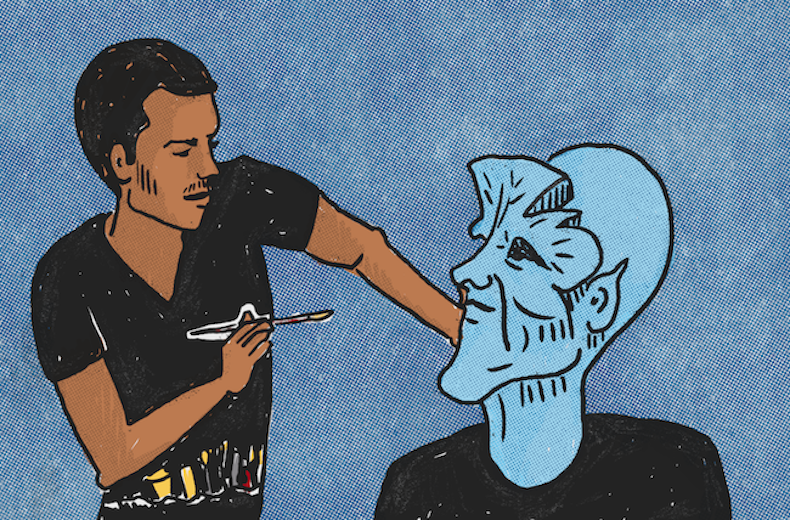 Collaboration between actors and SFX allows for more character development.

“I feel like actors come in, and they have an idea of their character, but they don’t have a whole idea,” says Martine. “So I’ll go, ‘How do you see this character?’ When you collaborate with them, they feel like they’re part of the process, and ready to play their character. Whether it’s beauty or gore [makeup]...they’re completely confident and ready to step out there and do their job.”

Why does makeup help an actor deepen their understanding of their character?

“Makeup can completely change someone’s personality,” she says. “I see their facial expressions change whenever I put something onto them. That’s one reason I got into makeup because I love seeing people change. I love seeing them be confident and feeling beautiful, and I love seeing them feel like: I just got beat up in the ring, or whatever it is—because they really do take it on. Makeup is a big part of changing their persona.”

This is Martine’s best advice for actors getting SFX makeup done.

“Prosthetics take a bit,” she says. “The way actors are, they’re kind of mentally active, so they need to tap into patience and know that it’s going to be uncomfortable. If they can become that character, all the better to deal with it, because sometimes prosthetics can take four hours; I don’t think everyone’s expecting that [amount of time]. Blood can also get sticky and it’s uncomfortable, so patience would be the biggest thing there, too.”

Casey Mink
Casey Mink is the senior staff writer at Backstage. When she's not writing about television, film, or theater, she is definitely somewhere watching it.
END_OF_DOCUMENT_TOKEN_TO_BE_REPLACED