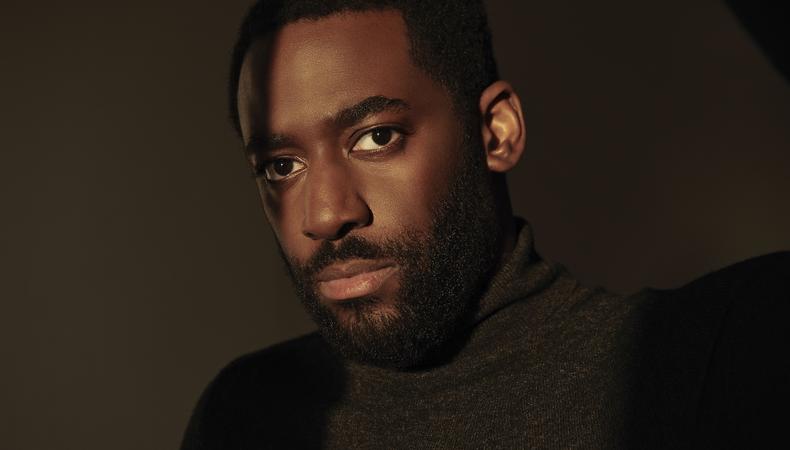 The following Career Dispatch essay was written by actor and rapper Ashley Thomas, who plays Maddox in ITV’s new remake of crime classic “The Ipcress File,” which premieres on Sunday (6 March).

When asked what advice I would give to my younger self, I’d firstly say: Listen to the advice of your elders. My dad used to tell me to be careful whom I chose as friends, and my granddad told me to keep a diary of what I’d done every day, because it’s difficult to remember everything as the years go by. I ignored them both, of course! But now, as an adult, I wish I had done those things. So many pitfalls can be avoided by listening to people with more life experience. I guess sometimes you must go out into the big, bad world and learn for yourself.

But we are here to talk about acting, innit? I love being an actor and getting to portray many different lives, learn different skills, and explore and share important stories and characters with the world. It’s art, and it’s my expression. I really enjoy doing the research behind a character’s story—all the reading, speaking to people, hearing them, seeing them, watching documentaries, and listening to music deeply. It’s all part of it. Doing a heavy amount of research helps me get a better understanding of people and their motivations.

When I was at the BRIT School for Performing Arts studying theatre as a 16-year-old, I didn’t know I would grow into the art of acting in this way; but I knew it was something I had enjoyed doing since I was a shy young boy. My family are from Jamaica and Dominica, and they came to the UK seeking opportunity in the Windrush era. My granddad wanted to be an actor but had a growing family to support, so he didn’t pursue his dream. I didn’t know any professional actors growing up. I went to primary school in Westbourne Park, secondary school in Harlesden (in Northwest London), and grew up in Kensal Green. It was before social media, podcasts, YouTube, Netflix, Amazon Prime, and all of that, so everything wasn’t as accessible as it is now. 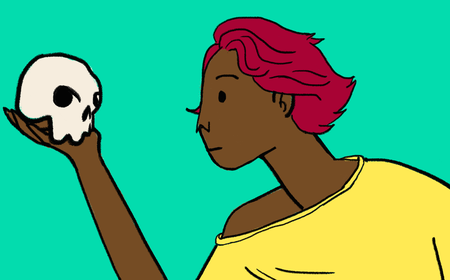 I enjoyed football and athletics, and I was competitive, but I wasn’t really passionate about them; my passions were acting and music. I would act in school plays, go to the theatre with my mum, and spend weekends rapping for hours with my cousin at a friend’s house. (God bless Miss Glenda for letting us make so much noise in her home.) I don’t know why I’m writing all of this, but I suppose it’s to give context about where I’m from and my humble beginnings. I’m proud of them.

Let’s fast-forward to the BRIT School. It was there I met other kids like me from similar hardworking backgrounds with a passion and drive for the arts. It was free, too; most of us couldn’t afford it otherwise. This was my favourite experience of being at school. Looking back on it, I wish I utilised the school more—asked more questions, made more of the facilities and resources there. I made some good, lifelong friends there, and that has been a blessing in my life and career.

When I left, I was lost. How do you become an actor in the world—like in theatre, on the television, and in film? How do you get an agent? I didn’t know the answers. People sometimes ask me now, and I still don’t really know. I literally did nothing acting-wise for about two to three years after I left the BRIT School while I tried to figure out my path. I worked as a postman and then as a London bus driver during that time. I believe both jobs gave me acting training and priceless life experience that I could apply to future characters.

I think what has allowed me to become an actor and make a living from it (which is a blessing) is my tenacity and passion. I did it for free because I love the craft, and I am passionate about storytelling and building characters. For example, I worked with the director Guy Nattiv who directed the short film Skin. Guy was so passionate about the project and the story was so incredible that it won an Academy Award. I don’t believe you can plan or choose those things. You’ve just got to try and do the projects you believe in, and then what’s meant to happen will happen from there.

I think I have a “just get on with it” attitude. It used to feel like I was throwing my self-tapes out into the abyss with little feedback, and it was frustrating at times; but I just cracked on and kept going. I began to find self-taping fun and even to think it helped me to understand my relationship with the camera better and to bring the characters to life. Then I was offered The Night Of from a self-tape audition, and things started to grow from there, both in America and in the UK. I tell people all the time: Put respect and effort on those self-tapes, because you don’t know who’s watching or where it can take you. As my team grew, the opportunities grew. I’ve been with my British agent since the beginning and have really grown with her. My US team then joined in 2015, and they all work as hard as I do. I really believe who’s on your team is important in this industry, because they are a representation of you.

I never take my blessings for granted. My family were poor immigrants, but they came to the UK so their future generations could have the freedom to be whatever they wanted to be. I wanted to be an actor, although it always feels strange saying that to myself and other people, especially as my granddad dreamed of being an actor but he didn’t have the opportunity. Sometimes you are the dream-carrier, sometimes the dreams are passed down, and sometimes you are the one that gets to live the dreams of your ancestors; but it’s all part of the same original dream. I’m living my dream. Big up my granddad for the original dream.