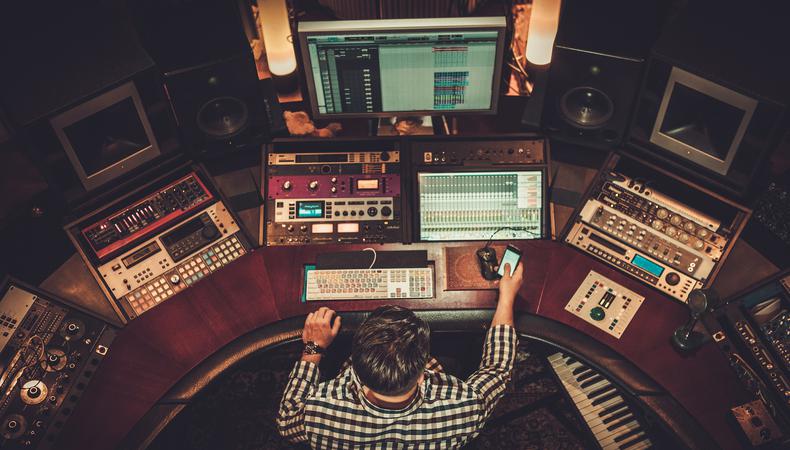 Here, we break down how to become an audio producer, from the most prominent positions in the field, to what kinds of skills are needed for which roles, and how to get started. You can also find out what jobs you can get with a sound production degree (and whether you even need a degree at all), plus everything else a beginner needs to know to get started in the field.

What is an audio producer?

Audio producers are responsible for a project's sound, from recording to editing and synchronization. Their duties may include music composition, arranging for vocals and instruments, and procuring and setting up equipment; in some cases, they may be responsible for managing copyrights and finances, including contracts.

If you’ve ever been to a concert, play, or any other live performance, then you have experienced the work of an audio producer. Unless it is a completely silent film, audio is one of the most important components of any on-camera project; many crucial roles in preproduction, production, and postproduction involve making sure that audio is captured and produced flawlessly.

Given the ever-shifting nature of the digital landscape, there are more audio production jobs today than ever before. Here are some potential roles for you to consider.

The sound mixer, also called the sound recordist, is involved in both the preproduction and the production stages of a shoot. Beforehand, they are the person who decides which audio equipment will best serve the project. They also visit shooting locations ahead of time to anticipate the audio needs of the environment. During production, they record the sound for the shoot, and it is their job to make sure all sound levels are balanced. They need to evaluate sound after every take to determine, strictly from an audio perspective, whether it needs to be re-shot.

This person assists the sound mixer in ensuring all the necessary audio is captured during production. It is an entry-level role in audio production. They are crucial in setting up and dismantling all equipment at the start and end of each day, as well as changing batteries in equipment when necessary, monitoring wiring, and being on high alert for any noise interference.

This person captures the sound on the ground during production. You know that long microphone that hovers over every frame on a shoot? This is called the boom microphone, and the person who holds it is the boom operator. In order to excel in the role, you need to be constantly aware of the lighting and framing of a scene, as the boom has the potential to ruin a shot by casting a shadow over an actor’s face. They also need to have some serious upper-body strength, as they will have to keep the boom extended overhead throughout entire scenes.

The sound editor is only involved in the postproduction process (the phase that occurs after footage has been shot). They are the ones who assemble the overall sound of a project by selecting and putting together all the sound pieces that match the final edit of the film. They are also in charge of automated dialogue replacement (ADR), which is when actors re-record lines that were not sufficiently captured during the actual shoot.

The audio engineer, or sound engineer, is responsible for sound on the technical rather than creative level. They deal exclusively with the mechanical aspects of audio. They aid the sound mixer in achieving the sound they are after. Audio engineers are also instrumental to the success of live events, such as concerts and plays. There are three different kinds of audio engineers:

In a very different vein, podcast producers oversee the entire production of both scripted and unscripted podcasts. They make sure everyone has all the equipment they need to record and check all sound components, including levels, before and during recording. After recording, they edit the podcast together, making sure all the sound is pristine throughout. This is a role that combines equal parts creativity and technical skill.

There is no one-size-fits-all when it comes to what is needed to get audio production jobs—it varies depending on which specialty you want to pursue. However, in many cases, you will be best served by getting a bachelor’s or master’s degree in computer science in either acoustics or engineering.

That said, in the modern era, you certainly can be self-taught. You can learn virtually anything online—endless hours of audio production tutorials are only a click away. So while a fancy degree might help you get your foot in the door, it certainly isn’t necessary in order to actually learn the craft. 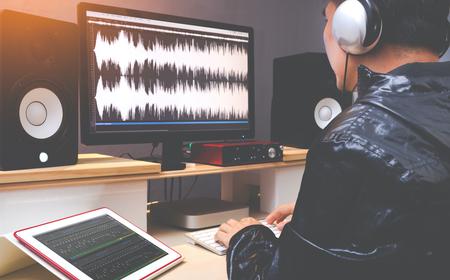 What are the different types of projects I might work on as an audio producer?

The cool thing about working in audio production is that basically anything involving sound includes an audio department—so the work opportunities are endless.

Film and television, of course, have entire audio production teams. In today’s streaming era, there are more film and TV projects than ever before, which means there are more opportunities to work as an audio producer. Live performances also need audio, including theater, concerts, and fashion shows.

Additionally, scripted and unscripted podcasts are hugely popular, and all of them require an audio producer. This is often the person or people who created the podcast, but some may outsource the work.

But there are also companies that have nothing to do with audio, production, or filmmaking that are in need of audio producers for any number of projects. A quick search for “audio producer jobs” yields a number of hotels and universities in need of help with short video shoots.

Depending on your specialty, the discrepancy in salary for audio producers can be huge. For example, the A1 audio engineer is going to make a lot more money than the A3. Your salary also hinges on whether you are employed full-time or on a freelance basis, and how many projects you take on each year.

How to get ahead in audio production

First, you’ll have to get into audio production. With a few exceptions, everything you need to do the jobs described in this breakdown is theoretically at your fingertips. Watch tutorials online, familiarize yourself with any equipment you may use, and learn the ins and outs of relevant software. Network and find like-minded people who work in the industry—not only to understand what the job landscape looks like, but also to keep on top of what your colleagues are working on. Build your beginner skills, then get better with every job you do. 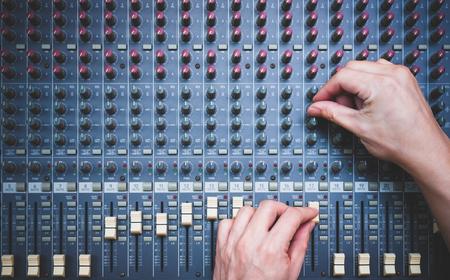 How to Choose an Audio Mixer 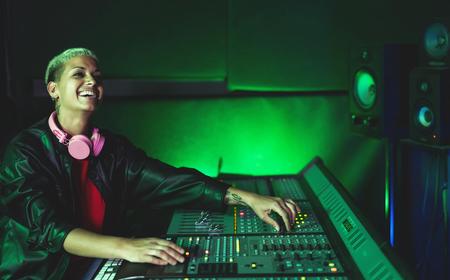 Audio Mixing Basics: How to Get Started in Sound Mixing 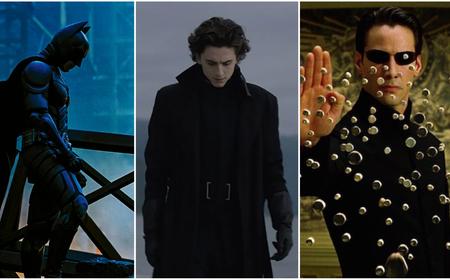 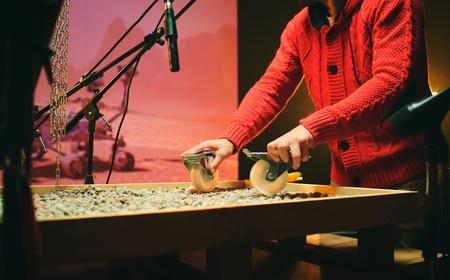 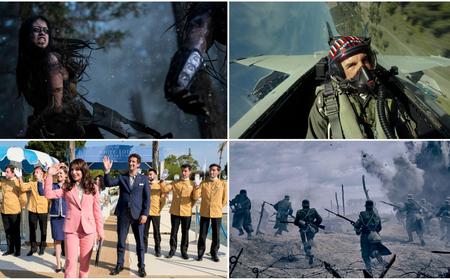 The 59th CAS Awards: The Full List of Nominees 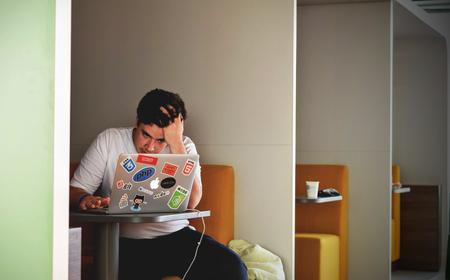