How to Become a Boom Operator 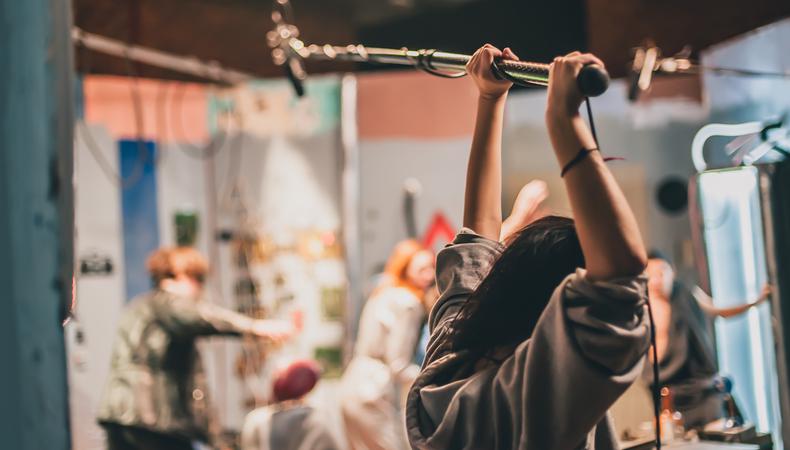 A boom operator plays a significant role in the sound department of any type of film or video project. This person serves as the assistant to the production sound mixer and is primarily seen on set wielding a boom mic, also known as a “fish pole.” The main task for a boom operator is to be engaged in and aware of the scenes, dialogue, camera, and lighting movements. Camera and sound crews are likely to remember a focused, quick learner—and whose boom never drops into frame—for future jobs.

Want to know how to become a boom operator to help kick-start your career? From the specific skills required for the job to how much a boom operator makes, here’s everything you need to know about this entry-level film job.

What Is a Boom Mic? 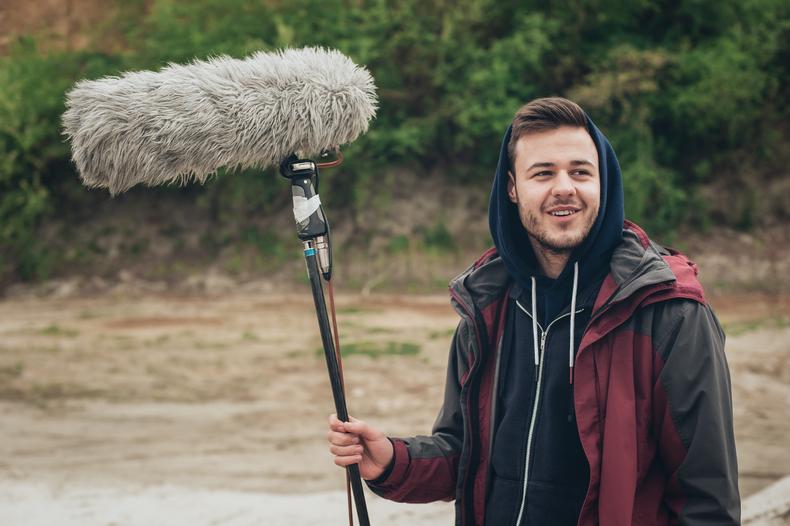 A boom microphone is essentially a long pole with a microphone attached to it, used to pick up sounds from the direction you point it, while also canceling out noise from other angles. Depending on the action of the scene, the boom can also be mounted to a dolly to capture sounds during production. A boom mic is often seen in behind-the-scenes footage, and it's a key component of both film and video production.

What Is a Boom Operator? 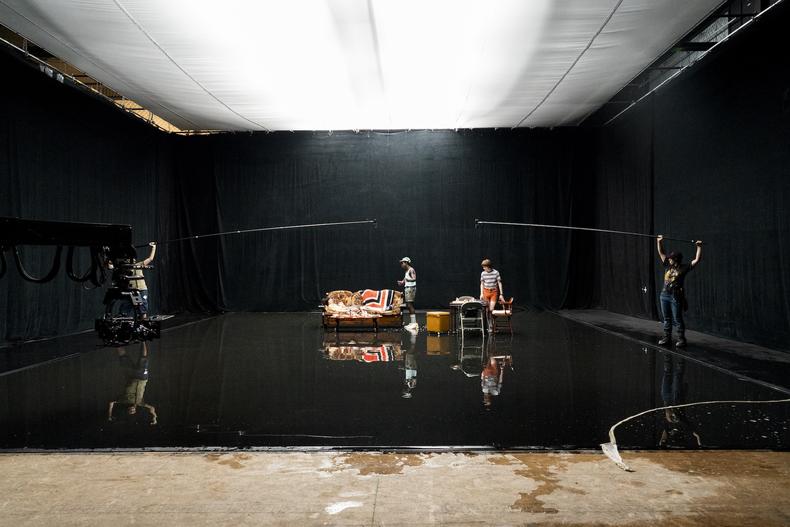 Behind the Scenes of “Stranger Things” Credit: Tina Rowden/Netflix

A boom operator is the crew member who holds up the boom mic throughout production. Boom operators' days on set are busy; they are generally among the first film crew members to arrive and some of the last to leave. They almost always need to be present so they can get a handle on where actors and cameras will be positioned, as well as pack up sound gear at the end of the day.

It’s important to note that being a boom operator isn’t as easy as it appears. This crew position requires strenuous, physically demanding work. At times, a boom operator is expected to stand in place with their arms raised for hours. Like production assistants, they work long hours and are among the lowest tier of crew members. However, this doesn’t mean the job can’t be rewarding. It’s a great position from which to absorb all aspects of production and determine what field someone might want to pursue more seriously. Many boom operators eventually graduate to the role of sound mixer.

“Booming is the absolute best position from which to learn filmmaking,” says Kris Johnson, a prolific boom operator on independent films. “Producers can’t always be on the set. Writers are barely allowed on the set. PAs are sent all over the city to do errands. But the boom operator is inches out of the frame of virtually every shot. I see actors’ performances; I can hear the director’s notes to them; I have to know camera lenses to know where my frame line is (you should rarely have to ask), lighting schemes, and geometry so I don't cast a shadow into the shot; I have to know a little electric and post-production (Can we separate the argument dialogue?) and even a little about the director’s storytelling intent. (Do I have to swing the mic back to get the woman's dialogue, or will we cover that later?)”

What Does a Boom Operator Do? 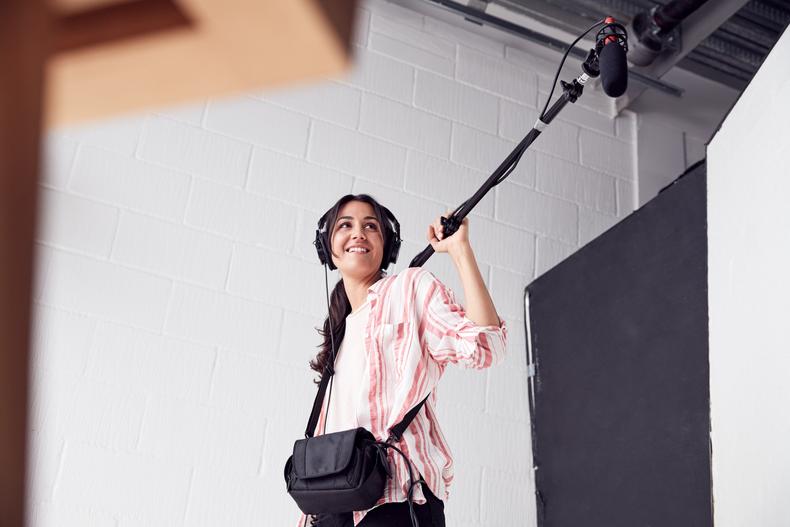 The main task of a boom operator is to properly record the sound for every take on set. This means they must position the boom close enough to the action so lines and specific sound effects in the scene are captured clearly and with the best quality for sound mixers to work with. Boom operators also need to make sure the mic never enters or creates a shadow in the shot. If the boom is not handled well, the postproduction team will have to re-record dialogue or edit the visual out, costing the project money.

The boom operator generally stands alongside the camera operator and wears a set of headphones, listening to monitor the audio quality of the dialogue. “There’s a lot of technique involved; it’s not about brute force,” says Tony Cook (“Trainspotting,” “Shallow Grave,” “The Crying Game”). “It’s about getting the balance right, and good footwork, and getting as close as you can to get the sound but keeping out of shot. It’s also a timing thing; you have keywords that bounce you to the next actor.”

The boom operator is also in charge of setting up and maintaining sound equipment, ensuring all audio is recording correctly, and helping with any other sound devices on set. They attach clip-on microphones to actors’ clothing when necessary. A boom operator must be well acquainted with the script (which character talks when, any dialogue changes, etc.) and must know the camera movements/lighting setups. It’s their job to swing the mic wherever someone is talking, while avoiding dipping into the frame. 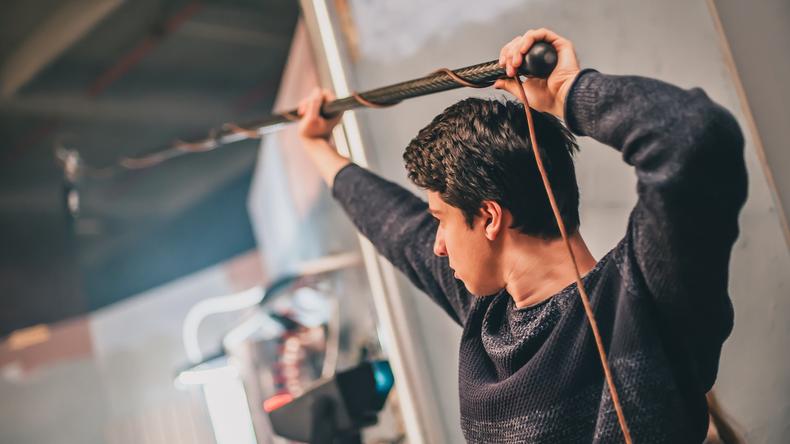 Most boom operators bounce from job to job as contract workers and freelancers, so their rates are dependent on three factors: experience, the project’s budget/location, and the duration of shooting days.

According to the Houston Chronicle, boom operators working in California earn an average of $15.70 an hour. Over time, with more experience, and if they are working on bigger productions, audio/video equipment technicians can make more. Per a 2017 salary report by The Hollywood Reporter, an average salary for boom operators is $72,000 per year. However, this is again dependent on the type of production. According to the report, those working on big-budget projects can make up to $120,625, while those working on microbudget films make around $37,000 a year. Boom operators are represented by IATSE Local 695, which means members are entitled to minimum wage requirements on any union production. 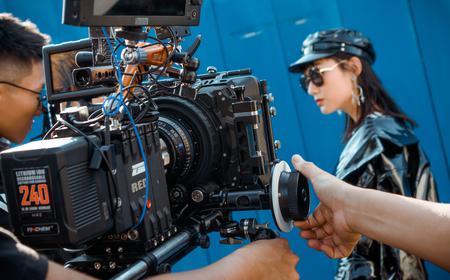 Skills and Requirements to Be a Boom Operator 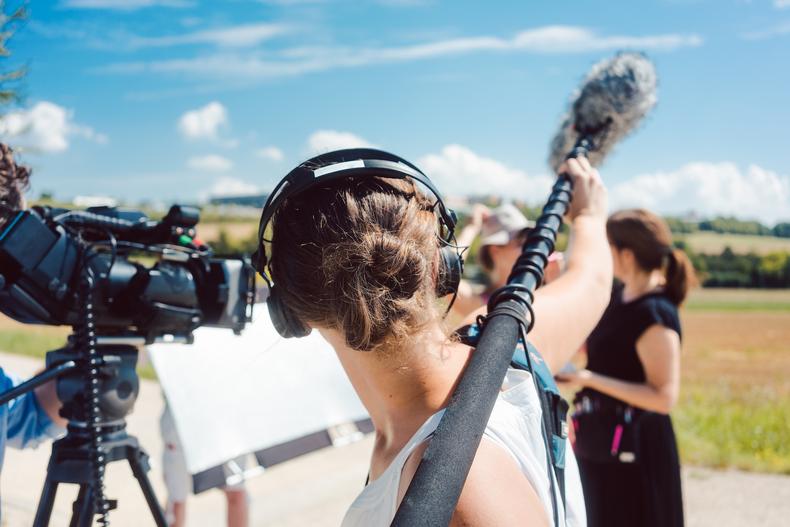 Being a successful boom operator means having a variety of skills under your belt. A keen eye for detail, troubleshooting skills, and the ability to learn a lot at once are all great starting points for getting your foot in the door. While it doesn’t hurt for a boom operator to have a degree in film or sound, the best way to master this job really is practice. Dabble with sound and microphones on student films and absorb as much information about sound equipment as possible. With a vast knowledge of sound design and specialized sound recording equipment, paired with great physical fitness—upper body strength is basically a must for this job—you can easily pave a lucrative career path in the sound industry.