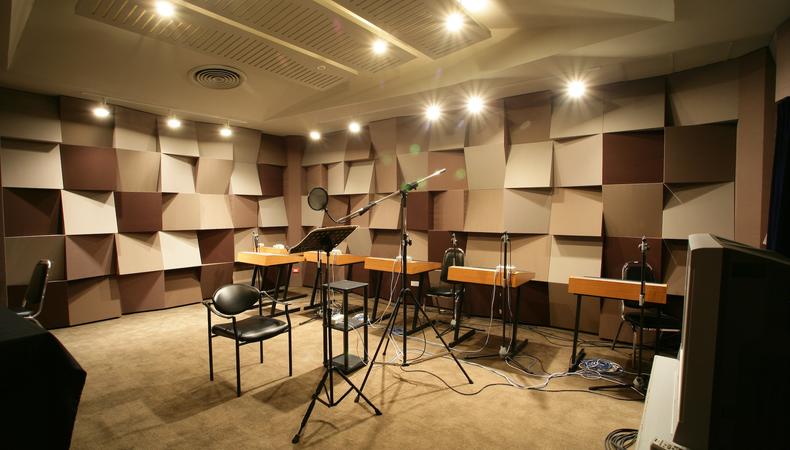 You might be able to control the shuffling of your crew or the hum of a generator, but there will always be planes overhead, nearby crowds, or that dog a few blocks away that will not stop barking and ruins your lead actor’s perfect take. That’s where ADR comes in.

Film professionals use ADR—or automated dialogue replacement—to improve the sound quality of an actor’s dialogue after filming wraps. Keep reading for a full breakdown on ADR, including the best ways to record and perform it. 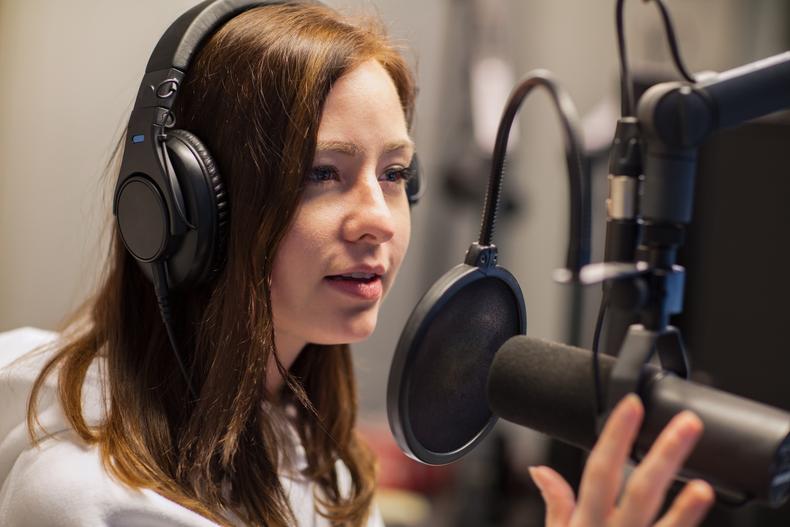 ADR refers to the process of re-recording audio in a more controlled and quieter setting. Usually captured in a postproduction studio, ADR is a way to improve audio quality or reflect changes in dialogue and performance.

The early days of audio replacement ADR—also known as “looping”—involved looping a length of film over and over to allow the actor to perfectly match and sync their performance from set. Today, the actual “looping” happens on a computer, which is where the “automated” part of ADR comes in. But it’s still up to the actor to deliver their performance.

Why is ADR used? 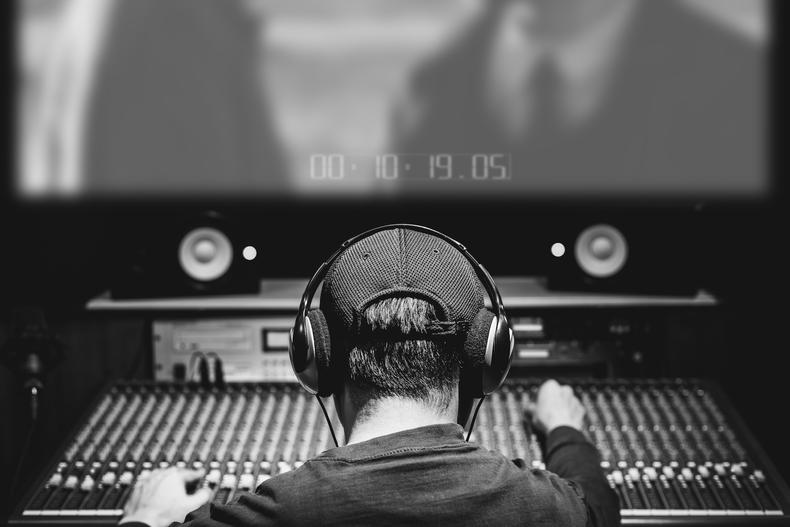 Filmmakers often use ADR to:

Improve audio quality: If nearby noise interrupts or drowns out your filmed dialogue, it’ll have to be recaptured in the ADR process. Peter Jackson’s “The Lord of the Rings” trilogy involved heavy ADR, largely because filming took place next to an airport.

“A lot of the time we would stop and wait until the plane flew over that particular studio. But ‘The Lord of the Rings’ was such a big production that, often, time was money and it became a money equation,” sound recorder Hammond Peek told a fan club magazine. “If we spend so much of a day waiting for planes, then that represents so many dollars for such a huge crew and operation and gear hire. It is a lot cheaper just to look at post-syncing those lines [recording them again later in a studio].”

Creators also use ADR to address audio issues in the editing process. “When you edit a film, every single time there is an audio edit, you may hear a shift in the noise,” veteran audio engineer Dave Leffel wrote in a blog post for the Acting Studio Chicago.

Fill in wide shots: Directors use wide shots to establish locations and scenes, which often means setting up the camera far from its subjects. ADR allows you to prioritize those wide-scale shots, knowing you can add or clean up your character’s dialogue. 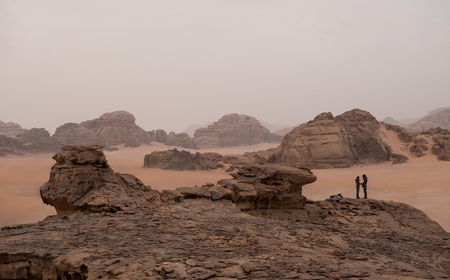 How to Use Wide Angle Shots as a Director & Cinematographer

Input dialogue and story changes: During the editing process—especially if a production involves reshoots—story changes occasionally require lines of dialogue to be revised or added. For example, in “Blade Runner,” the line “I’ve got four skinjobs walking the streets” is noticeably added in via ADR, because the script originally saw Harrison Ford’s Deckard pursuing five replicants.

Improve a performance: After shooting wraps, a director will occasionally notice a line reading or performance choice that doesn’t quite match their vision. Actors can come in during the ADR process to tweak anything from a single line to whole chunks of their performance. Marlon Brando famously preferred the ADR process—here’s the actor’s mindset, as told to “The Godfather” ADR supervisor Walter Murch: “When I see the finished film, I sometimes say to myself, ‘If I knew you were going to [edit it like] that, I would’ve said something different. Or I would’ve said it in a different way. So in self-defense, when we shoot these films, I don’t move my lips very much…. So when I see the film, before we finish it, I can change the dialogue and make it better.”

A filmmaker’s first instinct should be to get the best audio recording possible while on set—ADR not only poses performance challenges, but adds to your project’s budget.

“In the ideal scenario, we would use 100% of your original performance,” says Rachael Tate, a dialogue and ADR supervisor. “We only record ADR when we absolutely have to. The most important part of what I do is preserving the nuances of the original performances as recorded on set.”

How to record ADR 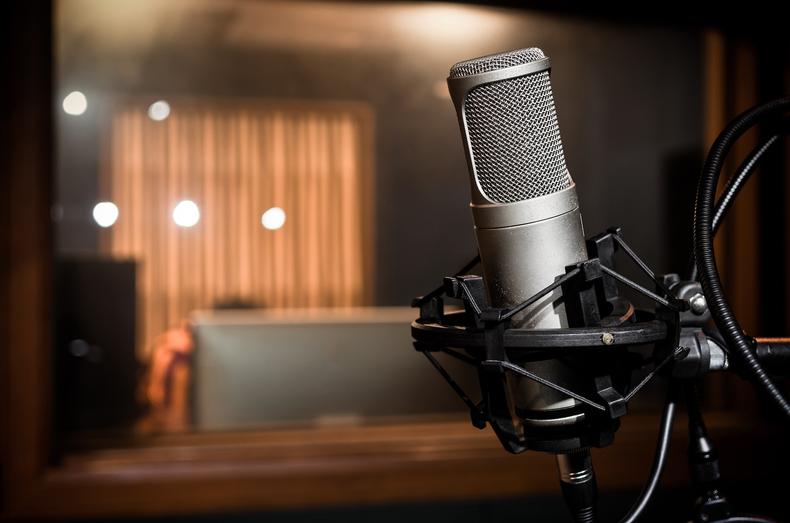 You do not need a big budget or access to a professional studio for ADR recording, but you do need a great understanding of the process. 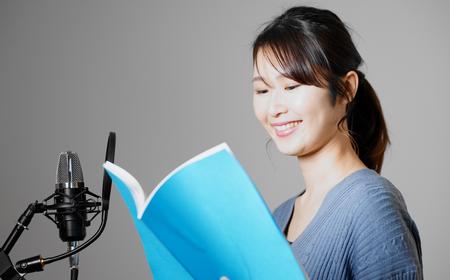 How to Pick the Right Microphone
↑ Back to top

How to edit in ADR seamlessly 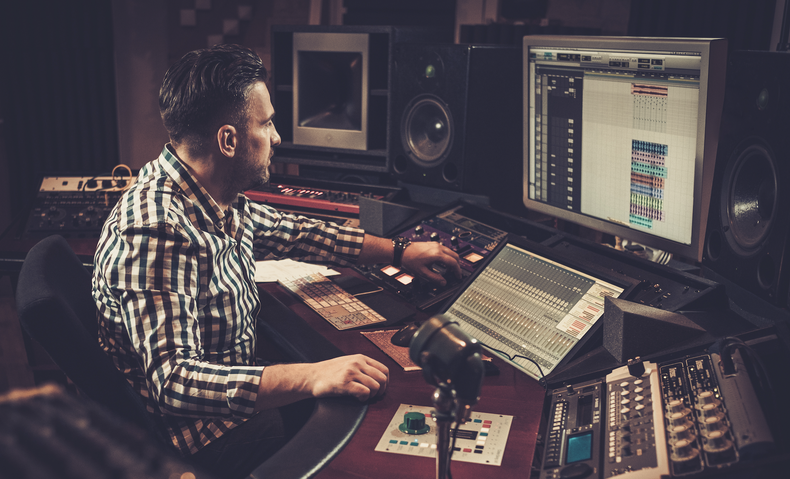 “If I have done my job properly, the average viewer will never notice my work,” Tate said. Robbie Janney from Shutterstock Tutorials recommends using your non-linear editing software of choice to drag your ADR clip over the parametric equalizer effect—this gives you full control of the frequency and gain of all your audio. Adjust your ADR dialogue to match the settings of your location audio. No matter how perfectly you edit the ADR dialogue, it will not sound natural without environmental sounds.

Layer in diegetic noise from the original setting, like the background chatter of a bar or passing cars on a city street. This is also where foley sound effects come into play. Foley artists are the ADR recorders of the SFX world, adding in additional sounds during postproduction such as footsteps and the swish of a coat. 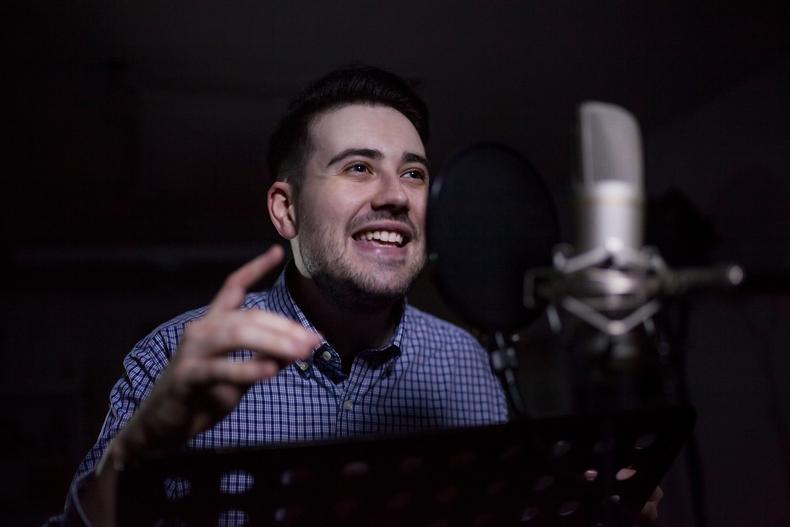 As an actor, re-recording your lines weeks or even months after production is a challenge. It’s important to look at the process as an opportunity to enhance your performance, not repeat it.

“The best kind of actor to record ADR with is one who sees it not just as a technical process, but as an opportunity to improve,” Tate told Backstage. “We are very aware that a lot of the time, the actor is trying to recreate a performance they did many months before [while] in costume, on set, and with others to play off of. The actor who can overcome these restrictions and transport themselves back to the mindset they were in on the day will produce a performance that won’t stand out as ADR later on.”

The best way to find that mindset is to get physical. Position yourself similarly to how you were set up in the scene. If your character is lounging, bring in a sofa; if it’s an intense action scene, take full advantage of the recording space to get your blood pumping.

And remember: Don’t get stressed if you have to deliver dozens of takes. You’re not producing unusable readings. It likely means the sound engineer, editor, or director wants multiple options to choose from.