Backstage Experts Answer: What’s the Best Advice an Actor Has Given You? 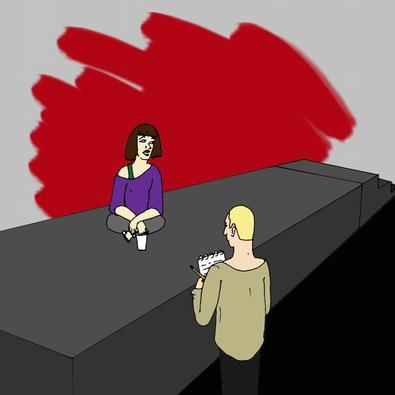 What’s the best advice an actor’s ever given you?

(And if you missed the last installment of this column, check out “What Are Some Qualities of Successful Working Actors?” see how to get your acting questions answered at the bottom of this article!)

Here are seven Backstage Experts on the meaningful advice actors have shared with them:

Joanne Baron, L.A.-based acting teacher
One of the first films I did, I played opposite Lorraine Bracco and Tom Berenger and I noticed Lorraine entered every scene doing a physical action: biting her nail, adjusting her watch, etc.

I finally asked her why she was always doing something. She said that she had coached with Harvey Keitel and Robert De Niro and they both said that entering a scene was just as important as the scene itself—that life starts from offstage, rather than entering as if just to do an acting “scene.”

I started to look at the entrances of great actors and, whether it was in theater, TV, or film, I was surprised to notice that they always seemed to be coming from a place offstage that was just as alive as what they were coming onstage to do.

That was one of the best pieces of advice I’ve ever gotten from an actor. Thank you, Lorraine!

Paul Barry, L.A.-based Australian acting teacher
I had no idea what to say to actors when I began directing 25 years ago. “What do you want us to do?” they would ask. “I don’t know. It’s not really working yet, just do it again,” would be my reply. I didn’t know what I wanted, but I figured I’d know it when I saw it. Later, I’d talk to actors in great detail about what I was thinking, but this resulted in a lot of talk for very little result, as the directions were almost entirely subjective anyway.

After six or seven years of this nonsense, an actor shared a simple sentence with me, which has become my base as a director and teacher now for close to two decades: “General with praise, specific with criticism.” Offer general praise for the many things that are working, and specific criticism for the few that aren’t. The opposite is counter-productive and destroys confidence.

We all need to feel that we are getting somewhere. I’m eternally grateful to the actor who taught me this invaluable lesson.

Cathryn Hartt, founder of Hartt and Soul Studio
When I was a young teen, my sister and I had been working as actors for a while and we both just knew that this is what we wanted to do forever. We went to one of our great mentors and asked him for his best advice about becoming a professional actor. He looked us straight in the eyes and said, “If there is anything else in this world that you can do that makes you happy, do it,” and turned and left the room. He was right. If you love this acting thing with all your heart and cannot imagine life without it, do it. If you don’t love it that much, it will just kill you. But if you do love it that much, you will only die if you don’t do it.

Joseph Pearlman, L.A.-based acting coach
One of my celebrity clients recounted an audition experience reading for a major TV role. She felt her first read was OK, and then asked to go again. Instead of standing by her work, she gave away some of her power by asking for an additional read. When you ask to go again, you’re telling the whole room that according to you, the first read could’ve been better. This act of second-guessing is something many of us suffer from. Actors want to be open to direction and always do their very best, but there comes a point when you need to trust your instincts, deliver the work you prepared, and let it go. Trust yourself and others will trust you. Act as though you don’t trust yourself, and no one will. Oftentimes, your first read is incredibly moving and your best work. Thus, don’t judge yourself when you are in the room. Ever. Stand behind your personality and brave choices. Since adopting this attitude, my client is now starring on her own FX series.

Gunnar Todd Rohrbacher, founder of Actors Comedy Studio
Since I specialize in comedy, I’ll make my answer very specific to a starting point that I share with tens of thousands of aspiring actors/comedians currently training in Los Angeles. In the context of joining an improv or written sketch group, have an exit strategy with a timeline. Joining a comedy troupe is not only fun and hopefully educational, but also very validating. Actors can form close bonds and make lifelong friendships.

For many, I know it’s the first time they have ever felt true kinship and belonging. It can be like finding your tribe. Just know what you’re there for. Performance experience? Writing experience? Both? Are you hoping to build a professional, on-camera acting career or just experimenting with small theater?

Improv and sketch writing can be great venues to hone and enhance your skills, but improv, in particular, can give actors a false sense of accomplishment. Ultimately, serious actors and writers need to place a dollar value on their abilities and performing for free for too long is antithetical to that reality.

Douglas Taurel, NYC-based actor-producer
This best piece of advice I got was from “Bonanza” star Pernell Roberts.

He spoke at my theater convention when I was a freshman in college and at that time he was on “Trapper John, M.D.” He was at the bar having a drink and I went up to him and asked him what words of advice he could give me. I thought he was going to talk to me about craft, honesty, and technique. Nope.

He said, “Be a very good actor—work on your craft and just be good. Everyone needs good actors. If you do that, you will be OK.” And then he tuned back and said goodbye to me. His words still ring true to me today and I have never forgotten them, so I’m will passing them onto you.

Ryan R. Williams, L.A.-based on-camera coach, founder of Screen Actors System
A truly great theater actor who played in a feature film I directed said something that will always stick with me.

He said, "Movies are not as important as the people you make them with."

His name was R.L. Richards and he passed away a few years back.

It can be easy for directors to lose sight of the humanity in their cast and crew as we field marshal the sometimes staggering logistics of a production. The reality is most movies and nearly all theatrical performances are forgotten by the audience, but the cast and crew will remember the process forever—and they themselves are the most changed by the work in the end. I’ll always remember that.