Key Musical Theater Terms to Know Before Your Audition 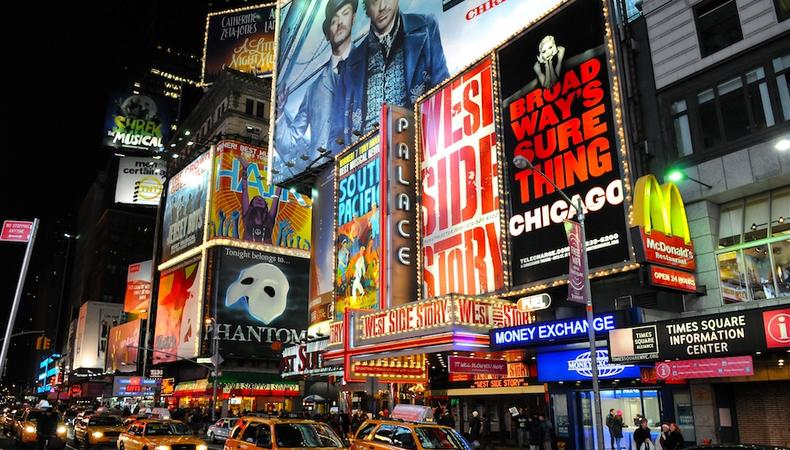 If you’re new to the world of musical theater, it can sometimes seem like everyone around you is speaking a foreign language. There is definitely a lingo to this world, and when it comes to auditioning, it’s important that you understand some basic musical theater terms you’ll encounter along the way. Here are some quick definitions that will have you talking the talk in no time.

When an audition is full, the monitor may make a list of alternates on a first come, first served basis. Depending on the audition type, Actor’s Equity members may be given priority, followed by EMC actors, and then non-union actors. Often at an Equity audition, actors will create a “non-official” list if they arrive before the Equity monitor; the monitor will usually accept this list as it stands, but they are not required to.

The terms “belt” and “mix” mean different things to different people. To me, the best definition is that a belt needs to sound like a call (basically a yell that sounds pleasant to listen to). A mixed quality gets most of its acoustic power through vocal placement (i.e. “singing in the mask”). I encourage you to ask your individual voice teachers about how to specifically develop these qualities in your voice.

When a creative team wants to see more from an actor, they’ll give them a callback, where the actor will come back at a different time to sing, dance, or read again. Often, the callback will involve preparing material from the show (see “sides”), but not always. One of the purposes of the callback is to allow more people who are involved with the show to see the actor’s work.

There are two types of Equity Chorus Calls (ECCs): one for dancers and one for singers. For dance calls, dancers will generally be called in in groups to learn a combination. There will then be a cut, where certain dancers will be asked to stay and learn more combinations and/or sing 16 bars, and others will be released. At a singer chorus call, singers will go in individually to sing 16 bars of their own material.

If you’re asked to sing a “contrasting song,” you should strive to show both a different side of your voice (if you sang soprano, maybe belt) and/or another side of your personality. If you’re unsure what they mean by contrasting, ask for clarification. Even better, present them with two choices: “If you’d like to hear my belt, I can sing ‘Astonishing’ for you, or if you’d rather see something comedic, I can do ‘Adelaide’s Lament.’ ”

Generally, the term "creative team" refers to the behind-the-scenes artists who are collaborating to create the artistic vision for the show. The creative team for a show can include any of the following positions:

If you label yourself as a dancer, it’s expected that you have extensive training in that department. If you have athletic ability and a knack for rhythm but lack formal dance training, you should classify yourself as a mover. Traditionally, a mover tends to favor character and dramatic commitment over precise steps and technique.

Equity Membership Candidate, a program whereby actors can accrue 50 weeks of work in Equity theaters as a credit toward eventual membership in the union. The main audition advantage for EMC actors is that they get to be seen before other non-union actors at EPAs (although not at chorus calls).

Equity Principal Audition. The audition panel will usually see six actors every 20 minutes, so there’s time to sing a short song or a 32-bars.

Actor’s Equity is the union for actors and stage managers. Equity works to support actors by negotiating wages, providing safe work environments, and connecting actors with health insurance and pension plans. For actors in Broadway shows and certain tours/regional theaters, Equity membership is required for the contract.

At many auditions, there will be a holding room where actors can wait for their turn to perform. Often, this is where the audition monitor will be stationed.

When actors enter the audition space for their appointment, it’s usually referred to as being “in the room” (sometimes abbreviated “ITR”).

The term “legit” refers to a singing style that is more closely related to classical singing (think of a song like “If I Loved You”).

The monitor is at an audition to help ensure the process runs smoothly, and to be a liaison between the audition panel and the actors. If you’re at an EPA, the monitor will be an Equity member; at other types of auditions, the monitor may be associated with the theater. Pro tip: the monitor is on the lookout for professional vs. non-professional behavior from actors, and they’ve been known to report bad apples to the folks in the room, so it’s in your best interest to treat them with the respect they deserve.

If an actor is not a member of Actor’s Equity, or the EMC program, they are considered non-union.

When an actor has memorized a scene or song, they are said to be “off-book.”

An open audition call means that any and all performers are welcome to audition. There may still be procedures that need to be followed to secure an audition, but there are no union prerequisites in place.

If an audition asks for a pop/rock song, that generally means that the actor should sing a song off the radio and not from a musical, even if the musical is written in the pop/rock genre.

In some callbacks, there will be a reader in the room who will perform the sides with the actors. Generally, the reader does the scene while sitting at the audition table rather than getting up and interacting with the actor who is auditioning.

If an actor receives a callback, they’ll usually be given sides to learn. Sides are sometimes singing (learn a song or a harmony part) and sometimes acting (learn scenes). The expectation is that the actor be as close to off-book as possible on the sides they have been given.

Song that “shows your range”

If an audition asks for a song that shows vocal range, don’t only think of a high C and a low F. You can choose a song that shows a range of vocal textures, a broad palette of dynamics, or an exciting dramatic journey.

Typing is a process that occurs at some auditions to make the audition process go faster. The actors come in in a group of 25-30 people and the audition panel goes through headshots and resumes, then selects (“types in”) the actors that they want to see audition that day. The other actors are “typed out” and released. For dancers, there’s also a “dance type” where a short across-the-floor ballet combo will be used to determine who will stay to learn the full combination.

Andrew Byrne
Andrew Byrne is a voice teacher, performer, and composer-lyricist. His songs have been featured in movies, Seth Rudetsky’s “Obsessed!” series, and in many international concert venues. He has served on the University of Michigan musical theater faculty, and has taught internationally at the Shanghai Theatre Academy, The Banff Centre, and the Danish Academy of Musical Theatre.
END_OF_DOCUMENT_TOKEN_TO_BE_REPLACED