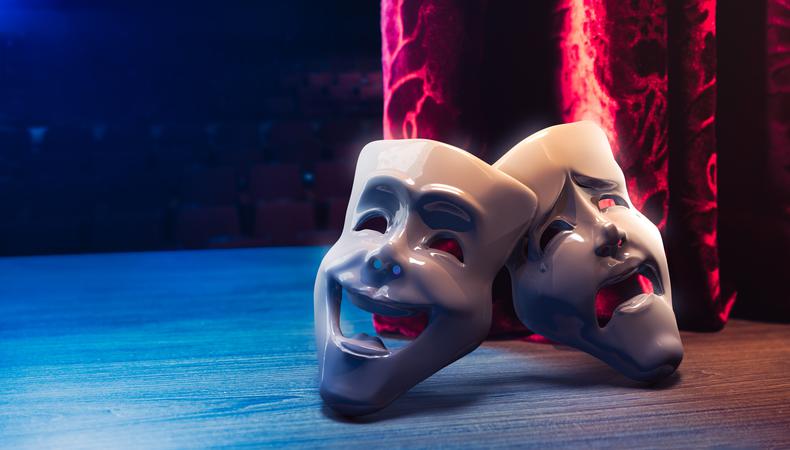 An extended pause in the theater industry thanks to COVID-19 has made space for overdue conversations and examinations of the financial, racial, and production systems that have long fueled Broadway. New York City’s once-thriving theater business hopes to reopen with a renewed focus on equity. Many questions loom around the shows that get made, the actors who star in them, the producers backing them, and the designers and crew making it all happen in one of the world’s most recognizable live performance hubs.

“We cannot let things come back and keep doing business the way we have been doing it,” says Tony-winning lighting designer Bradley King, who most recently worked on “Hadestown.” “Designers, especially, fly from project to project to project, simply because that’s the only way to survive. So this is the first time for many of us that we’ve had any sense of stillness or time for reflection. Now it’s on us to do the work to change it. That means, first and foremost, decentering ourselves and listening to and amplifying our BIPOC colleagues.”

King is speaking to a crossroads moment in which the American theater, like so many industries, is reckoning with both the coronavirus pandemic and the surging Black Lives Matter movement. In recent months, existing groups like the Broadway Advocacy Coalition have set forth new initiatives focused on dismantling racism (and, specifically, anti-Blackness) in theater, while other organizations have been created in direct response to what’s happening across the country.

Among the latter is Black Theatre United, a nonprofit co-founded by Audra McDonald and Brandon Victor Dixon, and We See You, White American Theater, a collective of BIPOC theater makers that was put together to “address the scope and pervasiveness of anti-Blackness and racism in the American theater.” Shortly after its creation, We See You, W.A.T. released a 29-page document of demands for the white faction of the industry, including mandatory, ongoing anti-racism training; union production teams made up of at least 50% BIPOC individuals; and a publicly available study examining pay disparity between BIPOC and white union members.

With Broadway—which made nearly $2 billion in 2019—now closed through at least January 2021, it makes sense that those who work in or around the industry are using this standstill to consider what theater can or should look like when its doors eventually reopen.

“I wish that we were able to consider a collective investment in an industry we deem important, so people would be less pressured to make financial decisions based on whether or not a show will ‘sell,’ ” says Heathcliff Saunders, a writer and actor who appeared on Broadway in “Natasha, Pierre & the Great Comet of 1812.” “Because the fact of the matter is most shows won’t sell, whether they’re good or bad. This lie we’ve been telling ourselves, ‘theater is a business,’ has justified some of the most horrific and violent intrapersonal decisions in the theater community. All the while, we tell ourselves how ’important’ what we’re doing is.”

Saunders is speaking to the capitalist reality that roughly 80% of Broadway ventures never turn a profit (which is to say nothing of Off- and Off-Off-Broadway theater). He adds, “theater is less of a business and more of a gamble. People who are investing in theatrical experiences are investing as gamblers, not businesspeople.”

Whenever theater does return, it’s somewhat inevitable that it will be at a diminished capacity at first, either due to mandates by theaters themselves or audience apprehension about packing into an enclosed space. As such, Broadway’s already precarious financial model may become even more so.

“Everyone would be taking [pay] cuts,” says Charlotte St. Martin, the president of the Broadway League, the national trade association for the industry of Broadway. “Does that mean the person making scale’s pay would be cut dramatically? Maybe not, but there are a lot of people that aren’t paid scale, and nobody wants to talk about that. But do we not want to reopen? Whether we have a social-distancing policy or not, we’re going to have a smaller audience for a while; the laws of supply and demand would tell you that. To socially distance [in the theater], everybody loses some form of income—everybody.”

But varying starting points in pay should be taken into consideration when making “across-the-board cuts,” says King. He highlights the difference between a freelance designer making, say, $3,000 for a six-week stint having their wage decreased versus that same theater’s artistic director making $1 million annually.

Additionally, per Actors’ Equity Association’s first-ever diversity study, made public in 2017, men out-earn women on Broadway, and the majority of them are white. “Women and members of color have fewer work opportunities, and when they do get hired, they often are hired on lower-paying contracts,” executive director Mary McColl said in a press statement at the time of the study.

Of course, this goes back to power and those who have it. As King argues, the industry has been highly successful in consolidating financial and general prowess at the top while diminishing the work below the line of the laborers who actually ensure that the show goes on.

“I think it’s telling that the first place certain people look to save money is by paying folks less,” he says. “Again, this is a question of value. We’ve essentially been taught, systematically, to devalue labor, especially the hard, physical labor that is necessary to put a live show together. It’s disturbing to me that so much journalism uncritically just accepts [the] line that labor unions and their employees are what’s standing in the way of theater making a return.”

King is alluding to a notion—one that’s been floating around for years but has become more pervasive since lockdown began—that livable union wages for Broadway workers are to blame for its high ticket prices. This is a perilous line of thinking, especially when, as King points out, his ability to get health insurance is directly tied to how much money he is paid to work on a show.

Having worked onstage, Saunders also questions the theater industry’s presumption of the necessity of pay cuts for all. “Wages should be cut in an equitable way—people who make more money can live their lives with a higher percentage of that money taken away,” he says. “The way we talk about cutting wages across the board invariably will be used to justify not giving certain workers a livable wage.

For reference, on Broadway—the highest rank of theatrical performance in terms of pay—the Equity minimum for actors is $2,168 a week. Pay Off-Broadway is harder to codify, as it varies; however, for Equity theaters, it is a little more than half that, at $1,145. Off-Off-Broadway rates are, by most accounts, much lower.

But when discussing equity in theater—or lack thereof—the conversation isn’t just about those who make theater, but also those who feel able and welcome to come see it. However, King adds, the oft-cited argument of ticket prices as a barrier to entry is in many ways misleading and fortifies that same cycle of thinking that artisans should take the hit financially in order to make tickets cheaper.

“There’s a knee-jerk reaction to look at the top premium price of a ‘Hamilton’ ticket and think that’s representative of the cost of attending Broadway,” King says. “If you actually look at the average ticket price the week before the shutdown, it was $105. Take ‘Hamilton’ out of the average, and it drops to $99. Think about that in relation to other forms of the cost of an experience, especially sports, concerts, dining, whatever. So when we talk about a $99 ticket being ‘exorbitant,’ I think that’s an interesting insight as to how we value live performance. For any number of reasons, we think it should be cheaper than it is, which means we don’t find it valuable. And yet Broadway is the only tier of theater that pays every one of its laborers anything close to a living wage.

“A lot of times, the conversation seems to center around ‘greedy producers’ and ‘exorbitantly expensive tickets,’ ” King continues, “and we forget about all the labor in between those two poles.” For reference, during the 2018-19 season, 196 directors, writers, choreographers, and designers were employed by at least one Broadway show.

On the subject of ticket pricing, King and St. Martin see eye to eye. Looking, for example, to London’s West End—the only theater district even comparable to Broadway—tickets are generally less expensive than they are in New York. However, the business model in the West End is not necessarily an enviable one for those on or offstage.

“I have been told by producers who produce in both countries that the wages are about 33% less there,” says St. Martin. “If our wages were 33% less, I’d bet our ticket prices would be less, too. I just don’t accept the premise that [Broadway] is not accessible. There are so many discounts—$49 tickets, $39 tickets, lotteries. I do accept that we aren’t free and that we’re not low-priced. I also accept that we have the best theater in the world, and it costs a lot of money.”

Also, like King, St. Martin believes that the broad public tends to inaccurately hang their hat on the least affordable tickets for argument’s sake. “Everybody loves to talk about the high theater ticket prices, but 50% of the tickets are under $100, [and] 75% are under $125,” she notes. “Well, tell me how many live concerts with top entertainment of any sort do you not pay at least $100 for?” (In 2019, the average concert ticket price for the top 100 tours in North America was $94.83.)

Though they work in and represent different facets of the industry, King and St. Martin, in this instance, acknowledge the same ingrained, widely perpetuated belief that both theater as an art form and those who make it are in some way expendable.

Saunders acknowledges this, too, and reiterates that prioritizing “Broadway as a business” thinking will only continue to uphold the same systems of inequity that have been foundational on Broadway since its inception. And if COVID-19 has illuminated anything within the industry, it’s that these inequities are as real today as they have ever been.

“When this conversation intersects [with] the conversations about race and gender—racism and misogyny—running rampant in the theater world right now, it becomes profoundly obvious how this lie has created and perpetuated the unequal system we find ourselves playing in,” he says. “The story of individual meritocracy is seductive. It has never been more clear than in this moment.”

Casey Mink
Casey Mink is the senior staff writer at Backstage. When she's not writing about television, film, or theater, she is definitely somewhere watching it.
END_OF_DOCUMENT_TOKEN_TO_BE_REPLACED