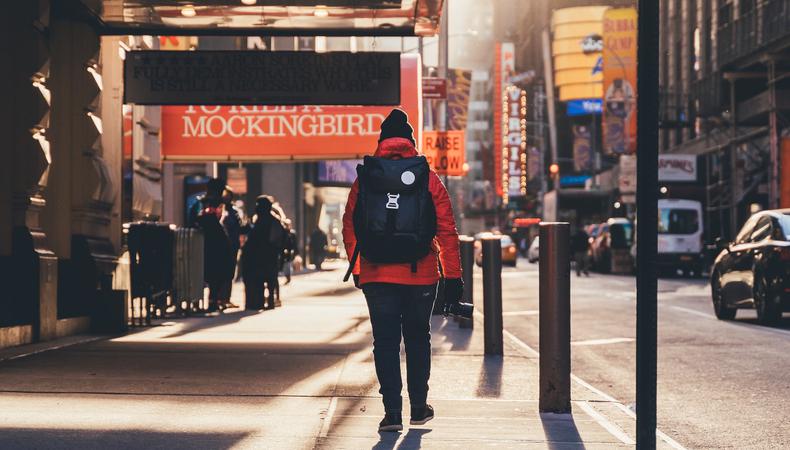 Update (May 12): The Broadway League, representing Broadway producers, has released a statement confirming that Broadway will remain closed until Labor Day in early September. Despite initial hopes that curtains could rise again in mid-April and then again on June 7, the push-back announcement is unsurprising for one of the nation’s most iconic entertainment attractions and one of New York City’s most significant economic drivers.

“Today the Broadway League took a difficult but necessary action to put the safety of everyone from the audience to the actors and stage managers first,” said Mary McColl, executive director of Actors’ Equity Association. “Before our members can safely return to work, we will need new protocols that protect audiences and workers alike.”

The extended closures highlight the singular damage that COVID-19 safety measures have inflicted on the entertainment industry, which often inherently requires close proximity on stage, off stage, and in the house, with an audience of predominantly older patrons—considered an especially virus-vulnerable population—and tourists.

Ticket holders will receive an email about refund or exchange options from theater box offices.

Update (April 8): When it comes to a Broadway revival, June 7 is now the proposed date for actors, and industry workers alike to return to work—and for audiences to return to their seats. The date is, however, by all expert accounts arbitrary—the nation’s return to life sans social distance will be determined by efforts to contain COVID-19, the novel coronavirus.

“Our top priority continues to be the health and well-being of Broadway theatregoers and the thousands of people who work in the theatre industry every day, including actors, musicians, stagehands, ushers, and many other dedicated professionals.” said Charlotte St. Martin, president of the Broadway League. “Broadway will always be at the very heart of the Big Apple, and we join with artists, theatre professionals, and fans in looking forward to the time when we can once again experience live theatre together.”

On March 12, the League announced the closure of all Broadway theaters in compliance with New York Governor Andrew Cuomo’s limits of crowd-sizing. At the time, the League anticipated a mid-April return to the Great White Way. Since, the League and unions represented Broadway workers from actors to ushers hammered out a deal allowing union members to get payments during the shutdown.

It is estimated that Broadway contributes $12 billion to New York City’s economy.

On CNN, New York Mayor Bill de Blasio stated: “I don’t want to see Broadway go dark if we can avoid it...I want to see if we can strike some kind of balance.”

By later that afternoon, Broadway—the institution known for its “show must go on" mentality—announced its lights would go dark until mid-April. The development comes after New York state governor Andrew Cuomo ordered state-wide crowd limits in response to escalating concerns of the coronavirus, COVID-19 pandemic.

“Our top priority has been and will continue to be the health and well-being of Broadway theatregoers and the thousands of people who work in the theatre industry every day, including actors, musicians, stagehands, ushers, and many other dedicated professionals,” said Broadway League president, Charlotte St. Martin. The league represents producers and theater owners of New York’s professional commercial theater.

Ticket-buyers are advised by the league to contact box offices for refunds.

Since the time of this publishing, Actors’ Equity—the nation’s union for stage talent and stage managers—has released a statement from Mary McColl, the union’s executive director, addressing the news: “Gov. Cuomo has made an important decision to protect the health and safety of everyone who works in the theater.... Today’s decision means tremendous uncertainty for thousands who work in the arts, including the prospect of lost income, health insurance and retirement savings.”

This isn’t the first statement McColl has released today addressing the future of Broadway. Earlier, she responded to Mayor de Blasio’s statements from this morning calling it “unacceptable. Any response must put the workers first and protect the actors, stage managers and everyone who works in the theater.”

Since President Trump addressed the nation about the pandemic live on television last night, chaos, concern, and caution have risen in the United States about the health and economic impacts the virus’ could have on American life.

In hard-hit states such as California and Washington, state and local officials have banned mass gatherings. Regional stages like the American Repertory Theater in Boston are curtailing events. Yale Rep in New Haven has canceled its season outright.

Yesterday, AEA and the Theatre Communications Group (TCG) called on Congress to draft a spending relief package for at-risk cultural institutions that rely on ticket revenue.

As sporting events and political rallies have been canceled within the past 48 hours, many have been awaiting news about how New York’s major theater will modify gatherings. Recently, an usher at the Broadway production of “Who’s Afraid of Virginia Woolf” tested positive for COVID-19, sparking awareness about the liability jam-packed theaters pose to public health at the moment.

Considered a durable and ferocious staple of the New York City economy, Broadway rarely shuts down in times of peace because of its large imprint on the city’s tourist economy. The last time Broadway houses were left empty was in 2007 when stagehands staged a strike.

This story will continue to be updated as news becomes available.

For more updates on how the industry is bracing for impacts caused by the virus, follow Backstage’s coverage here.