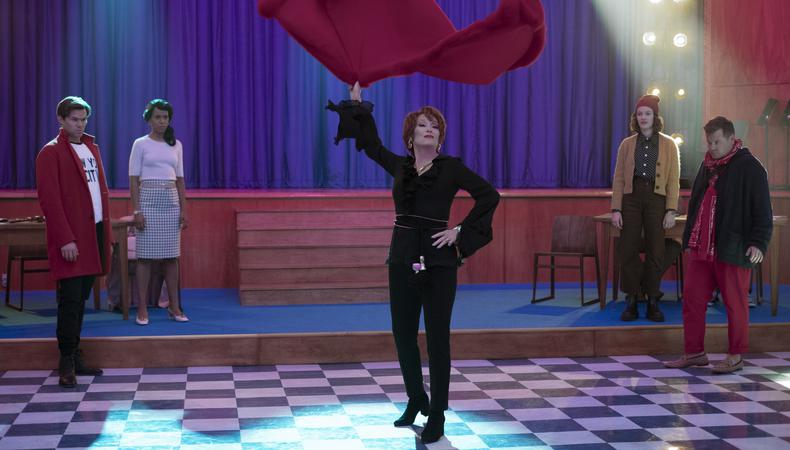 Casting Society of America has unveiled the entirety of their 36th Artios Awards nominees Friday, Feb. 19, with the addition of film nods to the previously announced television, theater, and short film contenders.

The nominations come in advance of the organization’s first worldwide virtual ceremony on April 15. In addition to the project nominees, CSA has chosen to honor the Actors Fund with the Rosalie Joseph Humanitarian Award and Tara Rubin and Robi Reed with the Hoyt Bowers Award, the first time two CDs will jointly be honored with the award.

On the TV side, first season and pilot nods went to drama and comedy series like Hulu’s “The Great,” for CD Rose Wicksteed; Netflix’s “Never Have I Ever,” for team Brett Greenstein and Collin Daniel; Amazon’s “The Boys” for powerhouse team Ulrich/Dawson/Kritzer; and HBO’s “Euphoria,” for Mary Vernieu, Jessica Kelly, and Jennifer Venditti. Returning series earning nods included Netflix’s “Dead to Me” for Sherry Thomas and Sharon Bialy, who were also nominated for their work on Hulu’s “The Handmaid’s Tale,” and FX’s “What We Do in the Shadows” for Gayle Keller. Multi nominees Avy Kaufman (HBO’s “Succession”) and Alexa L. Fogel (FX’s “Pose” and Netflix’s “Ozark”) also appeared in the series category. Familiar nominees like Carmen Cuba (Hulu’s “Mrs. America) and David Rubin (Hulu’s “Little Fires Everywhere) joined new-to-the-list names like Louise Kiely (Hulu’s “Normal People”) in the limited series category.

For a theater season cut short in 2020, plenty of work had been staged to acknowledge the work of those casting directors. Jim Carnahan dominated the play revival category for his work on “A Soldier’s Play,” “Betrayal,” and “The Rose Tattoo.” The CD joined Stephen Kopel and Telsey + Company in the musical category for their work on “Moulin Rogue! The Musical,” “Jagged Little Pill,” and “Tina: The Tina Turner Musical,” respectively. Among the original play category contenders are Telsey + Company for “Grand Horizons” and “The Sound Inside,” New York Theater Workshop’s Taylor Williams for “Slave Play,” and Daniel Swee for “The Great Society.”

For the full list of film, TV, theater, and short film nominees, and for information about Casting Society of America, visit www.castingsociety.com.

Elyse Roth
Elyse is a senior editor at Backstage, where she oversees all casting news and features content, including her weekly casting director Q&A series, In the Room. She came to New York from Ohio by way of Northwestern University, where she studied journalism, and now lives in Brooklyn. She might see and write about awards-worthy films, but Elyse still thinks “Legally Blonde” is a perfect movie and on any given night is probably taking in some kind of entertainment, whether it’s comedy, theater, ballet, or figuring out what show to binge next.
END_OF_DOCUMENT_TOKEN_TO_BE_REPLACED