What to Charge as a Voiceover Artist 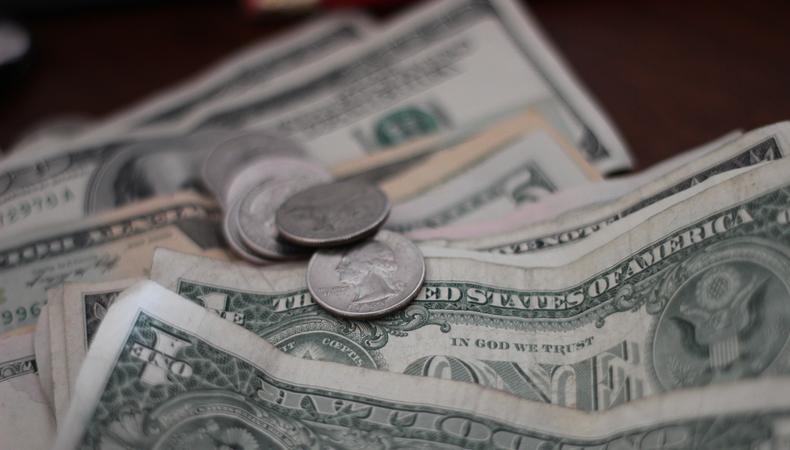 The greatest learning curve to overcome in this or any business, besides consistently delivering your very best performance, is determining your rate as a non-union voiceover. However, assuming you’ll lose the client if you don’t lowball your rate to sub-basement levels is, historically, about the worst small business move there is. You’re digging a hole to bury yourself in.

Since the advent of pay-to-play (P2P) sites, non-union talent has felt compelled to lump all the added production duties—often well beyond the voice talent’s abilities—into the voiceover rate. Yet there’s an ever-increasing demand for skilled voiceover talent.

(In fact, according to the Department of Labor, demand for VO talent has increased 2,000 percent over the last six years. So much for supply and demand.)

READ: Your Backstage Guide to Voiceover

There’s a simple solution to this conundrum and that’s to under promise and over deliver, especially by leaving production to the professionals. Your professional reputation and credibility are at stake.

If you’re a voice talent, be a voice talent. Not an engineer or production studio, especially when you honestly can barely edit much beyond a simple audition.

If, if like so many of us, you’re a business novice as well, regardless of your production experience, it’s imperative you fight the impulse to devalue yourself by offering the cheapest rate possible. Potential clients typically ask for a rate because they don’t have a budget yet. The only experience they may have over you could be their business savvy. They may even attempt to negotiate. Which is precisely why you need to know how much you need to earn to make the project worth your while.

Every project requires a case-by-case gut check and allow for unforeseen overages you may need to cover. They will arise and you will short yourself if you don’t account for them.

Inexperienced individuals who assume doing the first job for $25 to $50, for example, with the intention to raise their rate at a later date are, unfortunately, lowering the bar across the entire industry. This is the fatal flaw of P2P sites. On one hand, there are opportunities. On the other, you may get far less than you bargained for.

All non-union voiceover is loosely based on union scale rates, the lowest acceptable rates offered in the union (SAG-AFTRA). Scale is a national standard; these rates should give you a realistic ballpark for voicing a variety of voiceover genres, in lieu of residuals, and without including additional costs for editing or any production demands. (The Voiceover Resource Guide publishes and updates the most current union rates for voiceover work every six months.)

There are six things you need to consider before offering a potential client a quote is:

1. Know what the job is worth. Most talent just want to work. Therefore, they offer the lowest common denominator and don’t charge enough to begin with.

2. Whatever quote you offer sets a precedence the client will come to rely on in all your future dealings. This rate will be passed on to their colleagues when they refer you, as well.

3. Overages. Corporate production clients often initially claim they “only need a voiceover for this project.” However, statistics dictate a 90 percent likelihood of voicing additional work that’s “unforeseen” at the onset i.e. The client expected the final time on the project to run 10-20 minutes in length, but instead it’s running an hour and a half. More than four times longer than the initial estimate.

This is often due to the client’s lack of production experience. Don’t let it be because of your short-sightedness. Consider in advance how you intend to handle overages the client hadn’t bargained for. Determine when to work with the client, when to hold them accountable, and when to cut your losses.

4. Change. How many “pick ups” or changes will you allow? (If the mistakes are yours, make it right. But if the client keeps changing the script—which they will—how many changes are too many?) If you don’t specify what your rate includes from the start, the client will likely assume they’re allowed unlimited tweaks, even in a year or so. They aren’t. This is work and you have a service to provide. Protect yourself in advance. Put the client on a timeline to expect changes on this invoice, or they will incur overages.

5. Reuse fees. An additional full fee should be invoiced if the client intends to re-use or continue to use the final recording beyond the agreed timeline, such as after a year or 18 months, or whatever timeline you determine with them from the start.

6. Conflicts. Regardless of whether you’re brokering all your own sessions or not, you’re ultimately responsible for keeping track of your “conflicts.” In other words, if you have a Burger King commercial running, you can’t even audition for McDonald’s. It’s a conflict of interest to work for the competition. That’s the case whether you’re union or not.

Kate McClanaghan
Kate McClanaghan is a casting director, producer, and founder of both Big House Casting & Audio (Chicago and Los Angeles) and Actors’ Sound Advice. She’s a seasoned industry veteran and actor who has trained actors and produced demos for more than 5,000 performers over her 30 years in the business.
END_OF_DOCUMENT_TOKEN_TO_BE_REPLACED