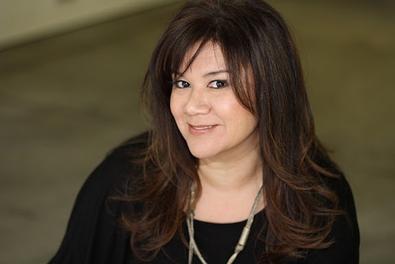 During a session, I heard a couple of the talent talking about their appointment. Some of the conversation I heard included: “It’s only a couple lines," "They never know what they want anyway," "Do you know what this is?”

Showing up is taking action for your career. It’s the physical presence at the appointment coupled with the emotional presence in the room. It’s being prepared to do your part of the job without too much judgment outside the parameters of your job.

Here are three things to consider.

1. "It's only a couple of lines." It’s challenging to create a world when there seems to be nothing - no script, no breakdown, same-day appointment, sides given at the office (with minimal time to work on them). If these are the circumstances, how do you reconcile even showing up?

2. "They don't know what they want." True. So, show us. You’re in a waiting room, having prepared to do your job, with a variety of talent who look nothing like you reading for the same role. Or perhaps this role has been read by “everyone,” and it’s still not cast. You satisfy the role - that’s why you showed up to the appointment. Now, let us see why you’re unique. You possess one-of-a-kind qualities only you can bring to the table. Resist leaving it in the car, at home, with your coach/teacher/mentor, and mindfully bring it to the room. It will line up, and icing on the top, you get the role.

3. "Do you know what this is?" It’s part of your preparation. There are many parts of the audition process actors cannot control outside of the great work you bring to the table, but there are many tools at your fingertips, which can quickly be accessed to provide an informed prepared read.

At the end of the day, showing up is taking responsibility and care for the choices made and committing to the follow through. The actors heard in the waiting room did nothing wrong. But know that you’re heard and seen from the moment you arrive, and we may share a story about it.

Caroline Liem is a casting director, audition coach and teacher based in Los Angeles. Her highly acclaimed film/TV audition and text analysis classes have been taught throughout the U.S. both privately and at universities. She has cast indie films, studio features and television pilot/series for Disney Studios, Warner Brothers, Sony, Paramount, Twentieth Century Fox, ABC, CBS, NBC, WB, and Fox. You can see her latest casting on Nickelodeon's Parental Discretion with Stefanie Wilder-Taylor. You can find more information on Caroline and classes at www.CarolineLiem.com and like her on Facebook and follow her on Twitter @CarolineLiem..

Caroline Liem
Caroline Liem is a casting director, teacher/coach based in Los Angeles. For the past 20 years, she has cast films, studios features, television pilots, and TV series. She is faculty at Pace University and UT Austin and teaches locally at the Village.
END_OF_DOCUMENT_TOKEN_TO_BE_REPLACED