Creating Your Own In-Home Recording Studio 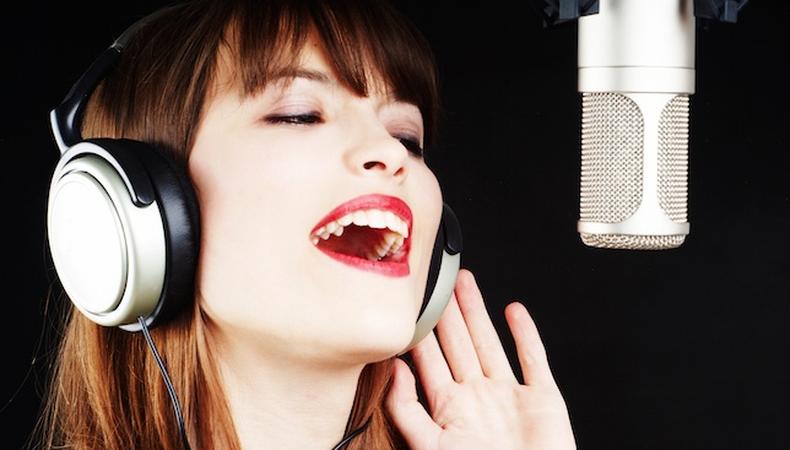 One of the beauties of voiceover work is that you can do it at home by creating your own mini-studio. But you've got to find the proper equipment. That takes research. To help you assemble your own VO nook, I consulted with two experts in the field, George Whittam and John Taylor.

As a voiceover technician, Whittam built his career working with premier voiceover studios and clients. His vast knowledge of computers, software, equipment, and troubleshooting makes him one of the industry's desired tech experts. Whittam has invested countless hours in researching studio design and recording equipment. He's also an industry innovator, having developed specialized services catering to voiceover professionals, including his most successful client, the late Don LaFontaine.

Whittam recommends the Internet as your first step in researching voiceover equipment. You can browse voiceover forums or take online courses in production, but he suggests that you "hire an expert to consult with through the process. In a few private sessions, you'll have gained knowledge that took your skilled instructor years to learn."

Taylor is an accomplished Los Angeles–based voice actor for radio and TV commercials, promos, trailers, animation, and live events, and he works primarily from his home studio in the Hollywood Hills. In his 26-year career, he has worked in practically every genre of voice acting.

"There's a vast community of people out there who've wasted their money, time, and resources trying to obtain clean and clear audio in their home studio," Taylor warns. He suggests asking professional voice artists how they overcame the challenges of home recording. One way to contact them is to join Voiceover Universe, a social network for voice actors, or the many voiceover groups on Facebook, whose members are extremely generous in offering information.

Getting Ready to Buy

Whittam feels that the cost of producing an amazing-sounding final product at home has never been lower. "You can honestly spend under $300 on a microphone, $200 on a preamp that doubles as a USB computer interface, $100 on a mic stand, pop screen, and headphones, and have all the basic tools to begin recording voiceover," he says. Assuming you have a computer—almost any desktop or laptop Windows PC or Mac will do the job—download the free program Audacity, take an online tutorial on how to use this effective audio software, and you'll soon be recording and editing voiceover auditions.

Taylor likes his Sennheiser MKH 416 shotgun microphone ($1,100), which he uses at home in his WhisperRoom isolation booth, but he doesn't recommend it for everybody. There's a much cheaper shotgun microphone, made by an Australian company, called the Rode NTG-3 ($600). "It's in size, shape, design, and sound…real similar to the 416," he says. "You need to have a simple, clean audio chain. For auditions, they want to have really clean nonprocessed audio."

Whittam emphasizes that the missing elements on almost every home-studio shopping list are acoustics, soundproofing, and training. "In fact," he says, "the acoustics in your recording space, whether it be a closet, bedroom, or WhisperRoom, have more to do with the recording quality than the mic you use." This is an area, he believes, in which expert advice can ensure that your recordings are the best they can be whatever your setup.

The solutions to acoustic and noise issues vary widely in cost, depending on the severity of the problem. Every home studio is unique and there aren't many cookie-cutter approaches. Whittam offers one inexpensive possibility: "Bar none, the cheapest solution is standing in a closet full of clothes with your mic, because it creates a very dead space, with zero echo, which is crucial for a professional-quality voiceover track."

Noise issues to look out for include such everyday sounds as computer fans, hard drives, air conditioners, refrigerators, traffic, aircraft, animals, construction, and even your own kids. The sources of acoustic problems include exposed glass, hardwood floors, microphones mounted on a desk, incorrect use of acoustic foam or blankets, insufficient coverage of acoustical absorption, and tiny enclosed spaces.

"If you don't get those issues sorted, the mic you use won't matter at all," Whittam says. "Don't blow your budget on the mic! Figure out your budget for the entire process, including training, and make sure no one area goes overlooked. If you have $1,000 budgeted for a mic and zero dollars for acoustics, you better split that in half so $500 goes to acoustics."

When asked for his favorite recording software, Whittam says, "If you're using a Mac, TwistedWave is by far my weapon of choice for recording voiceover tracks. Audacity's a good way to get your feet wet, and some use it all the time. However, it's free software, and therefore technical support is completely based on the user community answering questions. There's no formal user manual…and it doesn't have the most elegant user interface."

For Taylor, it's Adobe Audition 3.0, or a single-track version of the software called Adobe Soundbooth. "This is actually really good for the voiceover person," he says, "because instead of having complicated inside terms like 'compressor' and 'limiter,' it has a button that says 'Make Louder'—stuff that's not in engineerese. The other thing is there are tons of YouTubes out there that have people operating these pieces of equipment with the software and showing you how to do it."

To sum up, Taylor advises, "The best investment that anyone can make in this career is in training. The microphones? You can spend some, but there's a limit to how much…. I've spent way more on training, workshops, classes than I ever have on equipment or booths." He suggests starting with commercial training, because that's where the lion's share of the work is. Also, if you begin with a simple, clean audio chain, you won't have to reinvent audio editing software in your mind every time you get in the booth. "Take the pressure off yourself so you can be the best possible actor you can be," he says. "And if you still don't think you're good enough, go get better."

Whittam recommends checking out his website, vostudiotech.com. It's got a FAQ, articles by Whittam and others, tutorial videos, a blog, and an easy way to book one-on-one time with him to help you through the gauntlet of issues you'll face in producing great recordings at home. As a final offer, he says, "I'll even give notes on your recording quality for free, by dropping a file in the drop box."

Inspired by this story? Check out our voiceover audition listings! And check out some tips for expanding your vocal range below!