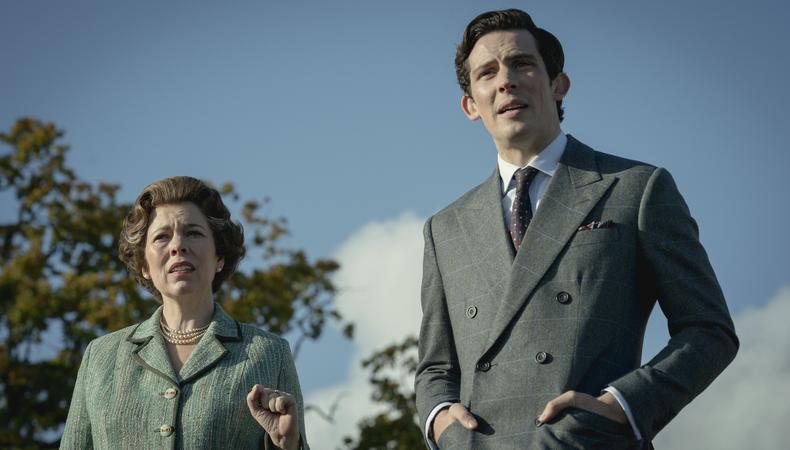 As the real-life British monarchy enters a new chapter following the death of Queen Elizabeth II, the creators of The Crown are also preparing for their next phase, with Season 5 set to premiere on Netflix on 9 Nov.

Over the years, showrunner Peter Morgan has gone back and forth when it comes to how long the series will last. While he told the Hollywood Reporter in 2020 that he had decided to downsize from six seasons to five with Netflix’s support, the creator has now returned to his original course of action, as filming for Season 6 is already underway.

So what would it take for you to become royalty? This in-depth guide has everything you need to know about the casting process for The Crown, including what the show’s CDs are looking for in the audition room, where you can find the latest open calls, and advice from the series’ ensemble.

What is The Crown about?

The Crown follows the British royal family’s lives, centering on the late Queen Elizabeth II beginning with the lead-up to her reign. Season 1 kicks off with Elizabeth’s (Claire Foy) marriage to Philip Mountbatten, Duke of Edinburgh (Matt Smith), and the death of her father, King George VI (Jared Harris). Her ascension to the throne and Winston Churchill’s (John Lithgow) resignation rounds out the first installment. Season 2 covers the period between 1956 and 1964, which includes the Suez Crisis and the births of Elizabeth’s youngest children, Prince Andrew and Prince Edward.

Season 3 saw the series swap casts, with Olivia Colman and Tobias Menzies taking over the roles of Elizabeth and Philip, respectively. The season takes place between 1964 and 1977, highlighting events including Prime Minister Harold Wilson’s (Jason Watkins) election win and the queen’s Silver Jubilee. The drama really starts to heat up on Season 4, as Prince Charles (Josh O’Connor) weds Lady Diana Spencer (Emma Corrin) amid his ongoing affair with Camilla Parker Bowles (Emerald Fennell), marking a significant uptick in the level of gossip surrounding the royal family.

The Crown will age up its cast again on Season 5, with Imelda Staunton as Elizabeth, Jonathan Pryce as Philip, Dominic West as Charles, Elizabeth Debicki as Diana, and Olivia Williams as Camilla. According to Today, the season will focus on the first half of the 1990s, which saw the dissolution of Charles and Diana’s marriage.

Who is in the cast of The Crown?

The ensemble of Season 5 includes: 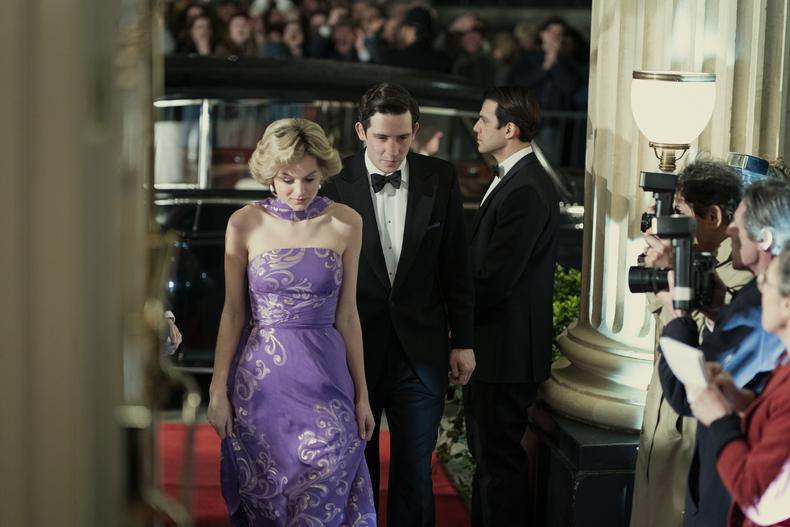 Who are the casting directors for The Crown?

Nina Gold and Robert Sterne have served as the primary CDs ever since The Crown began its reign at Netflix. Because each season dives into a new phase of the royal family’s life, Gold and Sterne have to constantly recast roles to account for each character’s age. The fact that they must find actors who complement those who occupied each role previously presents an added complication.

“You have to redo it and redo it, which you never have to do on any other project. That is a really exciting challenge,” Sterne told us. “The thing that was fascinating from a casting point of view for this show was that we were always going to have a new cast every two years. That’s what’s been a really interesting thing about working on this in particular is working out how to do that. It’s not just one character; you’ve got to put an entire dynamic and family together, again, from scratch, having achieved whatever has been achieved by the last set.

“You’ve got to bear in mind the real people, whether the performances lead on from each other, and making connections between them to try to have the identity of very famous characters at different points in their lives,” he continued. “And then you’ve got to do it again and see if you can put this kind of chemistry together between people. It’s really good fun and a unique challenge…. You need actors who will make real decisions about what they’re like behind closed doors and run with that. That’s why we don’t go for impersonation.” 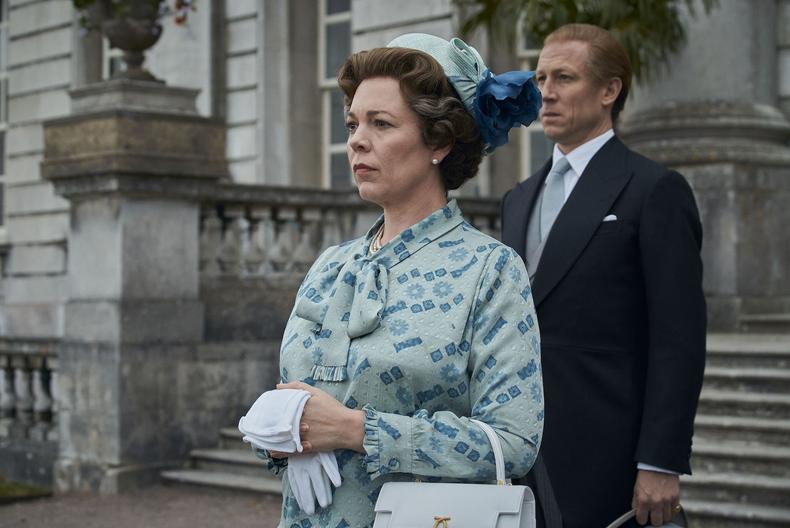 How does the casting process work for The Crown?

The Crown continues to serve as a career launching point for up-and-comers as well as a showcase for veteran A-listers—so the casting process varies from person to person. While the series’ creative team regularly posts open auditions, actors including Emma Corrin won the role of Diana in a less conventional way. They told us that they began their time with the series as an audition reader for Camilla, ultimately using the gig as a back-door audition for Diana. “I need to feel like I have a lot of foundation beneath the person I’m playing. If I have the whole script, I’ll read the whole script. Then if it’s based on a book, I’ll read the whole book,” Corrin said of their research process and their “tendency to over-prepare.”

Claire Foy said that her audition process for young Queen Elizabeth II became a bit “ridiculous” because she was increasingly pregnant with each callback. Casting director Nina Gold told Insider that “the audition process had a hilarious culmination with her coming to finally test. After a few other auditions, Foy was in the full regalia with tiara, long gloves, and gown. And it’s worth noting that she was six months pregnant, with a lovely, huge belly. But all of us completely ignored that bit.” Foy was equally amused, telling W Magazine, “It was getting more and more ridiculous the more pregnant I got, going in for these auditions pretending to be the queen of England. It was just really surreal.” 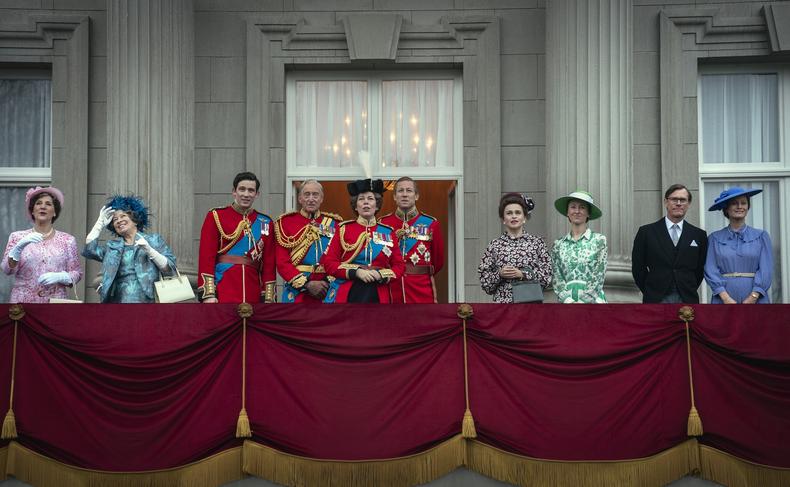 What’s the latest on filming for The Crown Season 6?

The sixth season—which will likely be the series’ last—began filming in August, but the team paused production out of respect for Queen Elizabeth II, who died on 8 Sept. at age 96, according to Variety. As director Stephen Daldry told Deadline in 2016, the team already made arrangements in the event of the queen’s death. “None of us know when that time will come, but it would be right and proper to show respect to the queen. It would be a simple tribute and a mark of respect. She’s a global figure, and it’s what we should do,” he explained. People confirmed that filming resumed on 14 Sept. 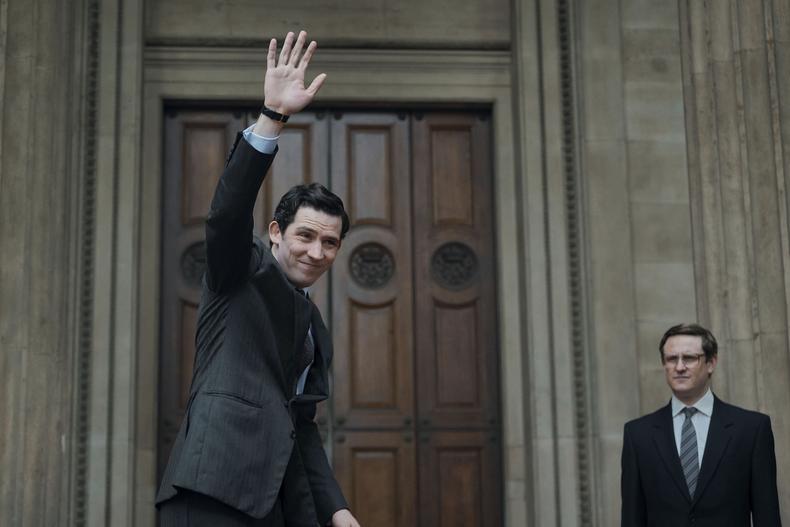 Where can you find The Crown casting calls and auditions?

Sterne turned to Backstage to find an actor to portray teenage Prince William. He was “searching for a boy aged between 13 and 15 years old” who was “talented, intelligent, and sensitive” and could “rise to the challenge of playing this famous character alongside leading British acting talent,” according to the original casting call. The role ultimately went to Charles portrayer Dominic West’s real-life son, Senan West.

On 6 Sept., HullLive reported that production was seeking paid extras—specifically young men and women aged 18–30—to play soldiers; no military experience was required. In late September, British Youth Music Theatre posted a call for actors to play young Prince Harry. With an application deadline of 14 Oct. and plans to film in November, Sterne wants young men aged 16–20, who bear a “strong physical resemblance” to the second son of King Charles III and the late Princess Diana. 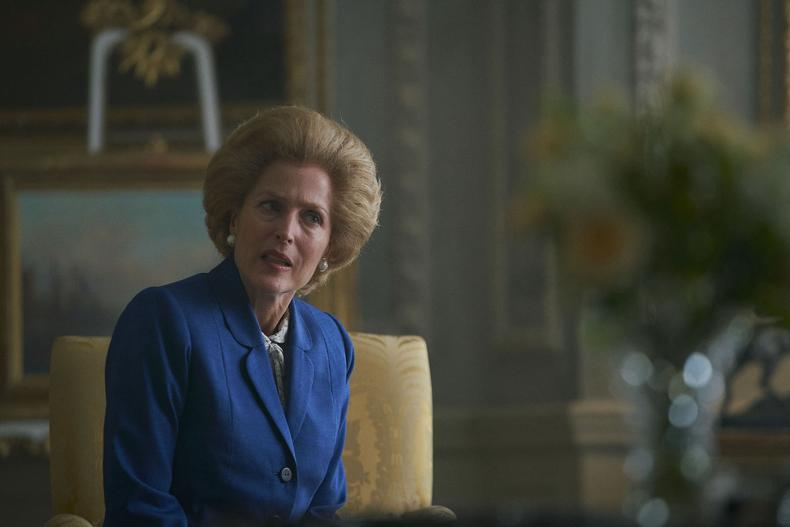 What are the best audition tips for landing a role on The Crown?

Own who you are: Gillian Anderson (Margaret Thatcher) came to The Crown as a seasoned professional, so it’s no surprise that her best advice reaches beyond acting. “Today more than ever, so many young women really, really struggle with self-esteem,” she said. “The minute we start owning everything about ourselves and accepting we are who we are, we are how we are, and loving ourselves for what we are exactly as we are, it’s at that moment that we start to radiate that. I’ve known so many people through the years who, whether it’s sass or charisma or personality, you’re drawn to them; you’re drawn to something about them as a whole human being, and it’s got nothing to do with their body shape or whether they are traditionally beautiful. You’re just drawn to that person because they own who they are and they’re OK with who they are.”

Preparation is key: “I learn the lines and get comfortable with it so I can play with it a bit and can try different things,” Corrin said. “I would normally build a story for myself if I don’t have the whole script, to try and give myself as much meat to get as much into it as possible. And then, remember to be flexible in the room. You tend to prepare so much and can get so bogged down in preparing stuff; and then in the room, when the director’s like, ‘Can we do it this way?’ you freak out. But I’ve always loved that. I’ve always loved letting go of what I’m doing and being like, ‘OK, cool. Let’s try your thing.’” They added, “Remember to play with the possibilities.”

Don’t fake it till you make it: Emerald Fennell (Camilla) joked that she’d tell her younger self that “low-slung, wide-leg jeans don’t look as good as you think they do.” But practically speaking, she advises newcomers to focus on what motivated them to pursue acting in the first place. “When it comes to making stuff, I think the thing that I would say that was useful to me was: There’s this Hollywood idea of ‘fake it to make it.’ And I think actually that’s quite dangerous, and it just makes everything a lot more complicated in the long run,” she said. “I would say that whatever the thing is, whatever the reason is you got into it, whatever it is that makes you want to make stuff, that is the thing that makes you unique and puts you in the position to be able to make this thing. And only you can do it.”

Stay calm—and have fun: Erin Doherty (Princess Anne on Seasons 3 and 4) recognises that auditions are rather stressful, but if you “calm down” and simply enjoy every moment, you won’t feel so nervous. “Our job is predominantly to audition. You go up for more things than you get—that’s just a fact—so you’ll always be in this not-knowing headspace,” she said. “Take the pressure off of yourself and just enjoy. Sink your teeth into what you love about it, and don’t worry about other people’s opinions. You might not get a job, and [if you don’t,] it wasn’t for you. Your view of a character, the way you wanted to play them, wasn’t the director’s view, so it wasn’t right. Trust your instincts and have fun.”