Imagination is an Actor’s Best Friend 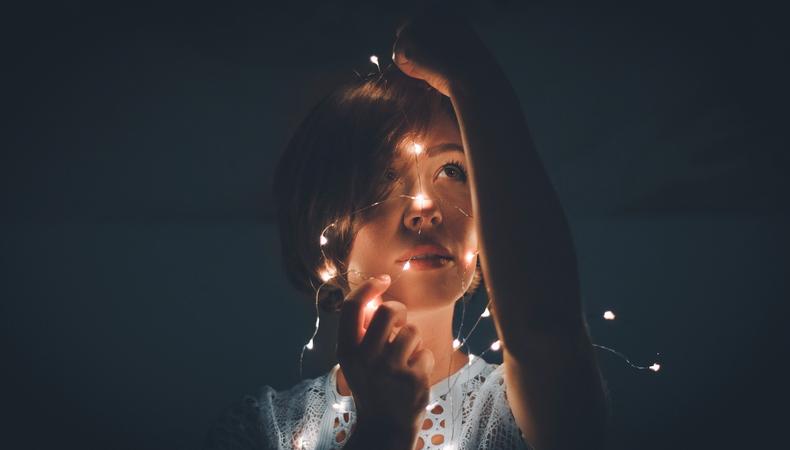 Our imaginations are dying. That’s a shame for everyone, but it’s tragic for actors.

One of the reasons many people chose acting as a profession in the first place is that they loved to use their imaginations. Other kids may have had a train set or a family of dolls, but the aspiring actor could have twice as much fun with an empty box and their imagination. So what happened?

Search engines: We don’t have to imagine anything anymore because we can look it up; the answers to anything we want to know are a click away.

If you call yourself an artist, though, it’s your job to do more than spit back available information. Your job is to show the audience the world in a new way. This is true whether it’s a painting, story, or performance. And the richest place to create from is the imagination.

No one looks at a piece of great art and says, “Yes, that makes sense.” They say, “Wow! I would never have imagined that.”

This applies to auditions as well, by the way. The people in the room want to see the role you’re reading for delivered to them in a brand new way, one that surprises and excites them. They want to see what you and only you have to add to the role. How the words on the page live in your body, heart, mind, and imagination.

READ: How Using Your Imagination Leads to Better Auditions

Imagination is also the bridge between the actor and the character. But because we’re finding all our answers online and becoming so literal, our imaginations are underutilized to the point of paralysis. For this reason, actors often come to me with pieces they’re having trouble connecting to because the character behaves in a way they would never consider behaving. The point isn’t that you don’t behave that way, it’s that you could behave that way.

Take playing a murderer for example. Most of you probably don’t murder people, but all of you could get angry enough, hurt enough, protective enough to do so. As human beings, we are capable of every possible behavior but our mental wiring is such that we most likely don’t consider things like murder an option. So it’s time to imagine: What are the causes and conditions that would force you to murder? What would someone have to do? Who would they have to hurt in order for you to cross that line? No googling profiles of people on death row or looking up famous murderers. Imagine within your own heart, mind, and body what it would take for you.

Here’s a fun way to keep your imagination in shape so that so that it will be in good working order when you need it for acting or auditioning:

Next time you’re out in public, take some time to sit down and observe the people in your vicinity. Choose a person who intrigues you. Maybe they have an interesting face or clothes or way of moving. See them as clearly as you can and start imagining their life. Where do they live? Apartment or house? How is it decorated? Do they have pets? What kind and what are their names? Are they single, married, divorced? What’s their favorite movie, song, color? Let your imagination soar as you create this life. Now, if you’re near a store, go in and imagine what they would like or need. Buy it for them in your imagination and picture giving it to them. What would the look on their face be? What would they say to you?

To create great art and to be a great actor, you need to live in a state of wonder and be willing to use your imagination to discover the truth, not rely on Google to tell you the truth. Imagine that.

Craig Wallace
Craig Wallace is the creator and award-winning teacher of the Wallace Audition Technique, an audition preparation system that he developed based on his years of experience as a studio executive, talent agent, and casting consultant.
END_OF_DOCUMENT_TOKEN_TO_BE_REPLACED