National Board of Review Names ‘The Irishman’ Best Film of 2019 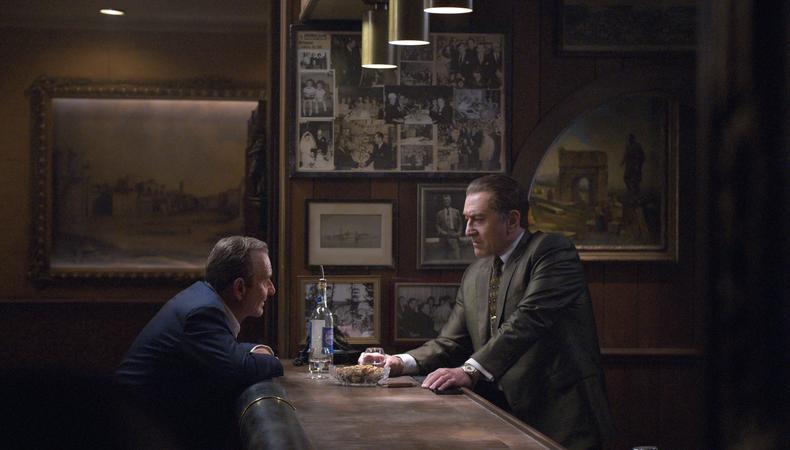 The National Board of Review unveiled their picks for the year’s best filmmaking, further signaling which 2019 contenders will be jockeying for awards this season. One of the oldest film organizations around, and one of the earliest in each season to announce their honors, NBR’s selections tend to prove harbingers of success before the Golden Globes, Screen Actors Guild Awards, Academy Awards, and more. Last year’s top winner, “Green Book,” went on to win the Oscar for Best Picture.

The 2019 Film of the Year title went to Martin Scorsese’s mob drama “The Irishman,” distributed by Netflix and already a winner at the Hollywood Film Awards and at several film festivals. The film’s screenplay, adapted by Steven Zaillian from Charles Brandt’s book “I Heard You Paint Houses,” was also recognized by the NBR. And Scorsese and stars Robert De Niro and Al Pacino will be honored with NBR Icon Awards.

“We are thrilled to award ‘The Irishman’ as our Best Film,” said NBR President Annie Schulhof in a statement. “Martin Scorsese’s masterful mob epic is a rich, moving, beautifully textured movie that represents the best in what cinema can be. We are also excited to be presenting Scorsese, Robert De Niro, and Al Pacino with our inaugural Icon Award—they are the true definition of cinematic icons, each with their own exceptional body of work, and all in top form in ‘The Irishman.’ ”

READ: Why ‘The Irishman’ Has One of the Best Acting Ensembles of 2019

Taking home the best director prize, however, was Quentin Tarantino for Sony’s “Once Upon a Time... In Hollywood.” That was one of the 10 films earning NBR’s honorable mentions as best of the year: Universal Pictures’ “1917,” Netflix’s “Dolemite is My Name” and “Marriage Story,” 20th Century Fox’s “Ford v Ferrari,” Fox Searchlight Pictures’ “Jojo Rabbit,” Lionsgate’s “Knives Out,” Warner Brothers’ “Richard Jewell,” and A24’s “Uncut Gems” and “Waves.”

Earning recognition for their on-screen performances were Renée Zellweger for Roadside Attractions’ “Judy,” Adam Sandler for “Uncut Gems,” the ensemble of “Knives Out,” and supporters Brad Pitt for “Once Upon a Time” and Kathy Bates for “Richard Jewell.” The latter also won the Breakthrough Performance prize, for leading actor Paul Walter Hauser. The foreign language prize went to Neon’s “Parasite,” while the year’s winning animated film was Universal Pictures’ “How to Train Your Dragon: The Hidden World.”

The organization will fete the award winners at a gala hosted Jan. 8, 2020 at Cipriani’s 42nd Street in New York City, hosted by Willie Geist. See the full list of winners here and stay tuned with further awards coverage from Backstage.

Jack Smart
Jack Smart is the awards editor at Backstage, where he covers all things Emmy, SAG, Oscar, and Tony Awards. He also produces and hosts Backstage’s awards podcast “In the Envelope” and has interviewed some of the biggest stars of stage and screen.
END_OF_DOCUMENT_TOKEN_TO_BE_REPLACED