How to Get Cast This Pilot Season, According to CDs Behind ‘Riverdale’ + ‘The Good Doctor’ 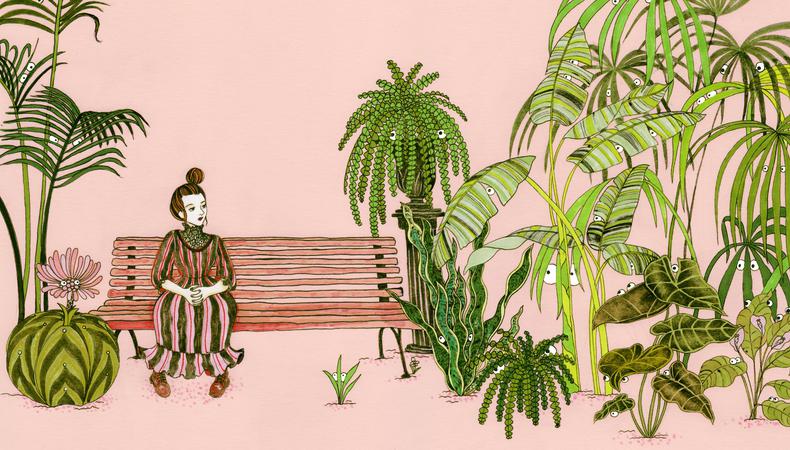 When it comes to pilot season, auditioning is just the first step. So, what happens next? Once you’ve done your work for the casting director, if they believe you could be right for the part, it’s time for many other parties to weigh in—and more eyes to look at you when you come in for callbacks. But don’t let nerves get to you! Read on as CDs who are in the room every day explain why network auditions should be treated like any other.

Who’s doing the casting?
“Once we start casting a role, we’ll have a session in my office and I’ll send a link of that session to the producers who weren’t there, the director, and writers. Everyone weighs in and we narrow it down to final choices, which we then send to the executive producers. Then we narrow that choice down to one, which we then send to studio for approval and then to the network for approval and then we go back and negotiate a deal and hire them.” —David Rapaport (“Riverdale,” “Arrow,” “Chilling Adventures of Sabrina”)

What is the process?
“It’s really a numbers game. I would say now we’re averaging about 2,500–3,000 submissions per role, which I look through very quickly. I narrow that down to about 50 people, which I then share with my co-CD and we decide on an average of 15–20 people that we bring in to pre-read for a role, and about 10–12 people go straight to producers. From those pre-reads, we’ll pull maybe five people, if that, so we’ll have anywhere from 10-15 people that we bring to producers. Ultimately, we cast one person. It’s quite a task.” —DR

“I look for actors and bring them in and read them for shows for all of our new pilots in New York. Sometimes, casting directors of the shows in Los Angeles will ask me to put someone on tape in New York and they’ll look at all of our choices, but I also oversee the casting directors of the shows that shoot in New York. Once they have a choice, the studio will send it to me as the casting executive covering that show, and if I don’t like it, I can always ask for other choices. Generally, the casting directors on our shows we really like and believe in, and they send awesome choices and it makes my job easy. I’ll send those choices on for approval and then we’ll get an actor approved for a show. And then I just help with my knowledge of the landscape and the actors here. If there is someone I know I want to send on to the CD of that show, I’ll send them on.” —Jennifer McNamara, senior vice president of casting for NBC

READ: How to Audition for ‘Riverdale’ CD David Rapaport

“I will initially audition an actor, then I will present them to my creators, and then, ultimately, we’ll send their tape or their audition to the network and the studio. If everyone is on the same page, they will test. It’s the same process if you’re doing an independent film or feature film; it depends on the director. They may want to see them once, then they may want to see them another time if it’s a romantic comedy. You may have the actor [do a] chemistry read with another actor; they may do it another time. It depends. Some folks think that in a feature film you just audition and that’s it, but it really depends on what the role is and what the director is looking for.” —Kim Coleman (“The Good Doctor”)

What’s different about the process?
“We go through a really long casting process. ‘Riverdale,’ for example, was 10 weeks or longer. You have to go through the auditions, studio tests, network tests, screen tests, lots of conversations and back and forth and questioning who’s right and who’s wrong. It’s a fast and furious process, because we’re seeing so many people over those 10 weeks and we’re not just doing those [lead] roles; we’re doing the guest star roles and the recurring roles. We could be casting about 15 roles within 10 weeks. Sometimes, you go into a studio or network test thinking you’re going to go with one person and come out with another person. It can be very confusing. You spend a lot of time working with these actors to get to a finish line in casting a role. There’s also a lot of pressure, and you’re competing with other pilots that are casting at the same time.” —DR

READ: How to Land an ABC Pilot: A Step-by-Step Guide

“During pilot season, I’m in the room all the time. We are easily working six days per week and eight hours per day. We have two tape rooms going at once, because we would never see the number of actors that we want to see otherwise. I like to have actors in the room, but if I can’t because of timing, self-taping has become a great tool. It really gives the actor an opportunity to be considered for a role, so I’m a big fan of it, but I would so much rather be able to play in the room and try to have that collaboration with the actor so they can leave with the best audition that they could have gotten that day.” —Marci Phillips, executive director of casting for ABC Entertainment Group

“The flip side of the network TV casting process would be working on a feature film or indie film. [There,] I usually just deal with my director; they usually have final say. It’s more collaborative with the network. It also depends on what the show is and what the situation is—we may send a self-tape and people will cast off of it, usually with film, but with TV, it’s usually a little more of a process. I don’t know if I have cast anyone who has self-taped and they just automatically started testing them. Someone needs to see this person physically in person.” —KC

READ: NBC’s SVP of Casting Shares How You Can Get Cast, Even as a Newcomer

What advice do they want to share?
“Every step of the way there are challenges. As an actor, you can say, ‘I want a bunch of auditions this pilot season,’ and you get them and they’re all on the same day. You say, ‘I can’t focus and do my best because it’s too many,’ or, ‘I have this audition and it’s a 12-page monologue for the next morning.’ I think an actor has to know what they can manage and respect that. I do have a lot of actors who come to me and say, ‘I have five auditions today, I’m sorry I couldn’t do this or that.’ What you really should do is respect what you can handle and always ask. Say, ‘I have too much on my plate.’ If you spread yourself so thin, you’re not going to do as well as you would if you had more breathing room. A lot of actors feel like they are not allowed to say things like, ‘Can I have an extra day?’ Or they don’t take care of themselves in that way because they knock their heads into the wall for so long waiting for that big break and they’re so grateful when someone gives them their shot. They still have to respect themselves enough to ask for what they need. As long as you’re being respectful, take a little bit of ownership and be empowered to ask for what you need.” —MP

Elyse Roth
Elyse is a senior editor at Backstage, where she oversees all casting news and features content, including her weekly casting director Q&A series, In the Room. She came to New York from Ohio by way of Northwestern University, where she studied journalism, and now lives in Brooklyn. She might see and write about awards-worthy films, but Elyse still thinks “Legally Blonde” is a perfect movie and on any given night is probably taking in some kind of entertainment, whether it’s comedy, theater, ballet, or figuring out what show to binge next.
END_OF_DOCUMENT_TOKEN_TO_BE_REPLACED