The Pros + Cons of Background Work 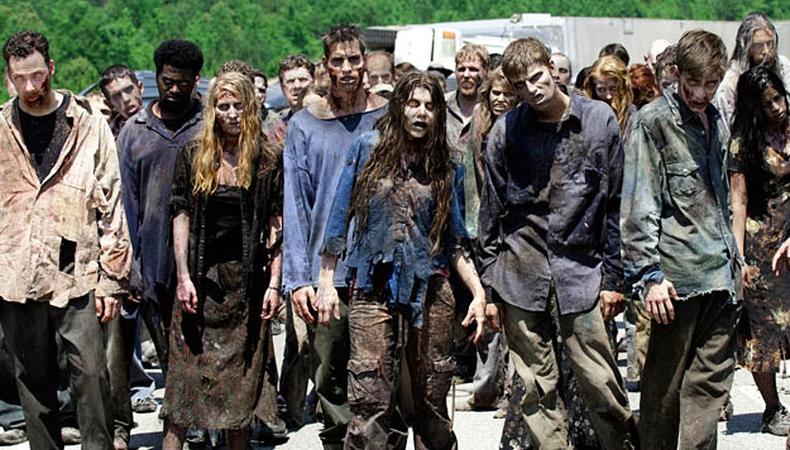 “Should I do extra work?” is a question I get asked all the time by actors. For those of you just starting out—and those of you aiming for principal roles—extra work may not seem glamorous. But while you wait to land that Academy Award-winning role, let’s talk about why it could be beneficial to your acting career.

Here are some pros to consider:

First and most importantly, it’s an acting job!
Although some may beg to differ, after casting hundreds of extras for movies, TV shows, and commercials, I’ve found that great extras can make or break a project. Whether or not you have lines, if you are in front of the camera, your job as an actor is crucial to the believability of the project. How you portray these roles needs to be convincing, otherwise it detracts from the scene. So if you’re booked as an extra, approach it as an opportunity to flex your acting muscles.

You’ll network.
You can expect a lot of downtime sitting in holding, the designated area where actors are asked to congregate for longer waits between shots. Use this time to your advantage by making contacts! The community of actors on set is a great place to make new friends and colleagues as well as share resources and knowledge. There’s also the possibility that you may have some informal time to spend on set with directors and producers. Now, don’t blow it by performing your Hamlet monologue at Craft Services, but by all means, be professional and gracious if you get a chance to meet them.

The gig pays (usually).
By booking steady extra work, you can get some financial relief to help pay your bills while doing what you love. If you’re are on a non-union shoot, the rate might be less than ideal but for union background commercial work, you can actually make some decent money. I had a cable TV, internet, and phone provider job that hired 40+ union extras and shot on a Sunday. Not only did the union talent get time and a half for working on a Sunday, but they ended up with some OT as well. Many of those actors are still thanking me for that job!

READ: How to Make a Living as an Extra

The set is an amazing classroom.
You can learn so much just by observing the people around you on set. Start by watching the principal talent if that’s your end game. Observe how they work on set, interact with the crew, handle continuity—all the things you will need to know when you’re cast as a principal.

And don’t forget about the crew! Production is an intricate piece of collaborative artwork with hundreds of people involved, each with important roles in making a project successful. You’d be surprised at how many actors are solely focused on acting and have no idea what goes on behind the scenes. If you can understand what the crew does to make the project happen, you can be a better actor and make their lives easier. Trust me, you want to make friends with the crew!

It can lead to more work.
If you’re cast as an extra, be a great extra. The talents that are grateful, professional, punctual, and take direction are the ones that get hired again. You’d be surprised how many times I’ll get feedback from production about the extras that were amazing on set. Clients will start to request you if you’re good. And if you’re looking to start booking speaking roles, this could be your foot in the door. Guess what happens if they decide to give out a line on set in the middle of the shoot? It will usually go to the extra who has been the best to work with.

As with any job, there are some cons to consider as well:

Long days.
Yes, the days can be very long while you wait in holding to be called. Bring a book, a charger for your phone, and get ready to wait!

You may not even get used.
There’s always a chance that you will wait an entire day and not get used in a scene at all. It can and probably will happen to you at one point. But, hey, you still get paid even if you aren’t in front of the camera.

If you’re looking to book more work or are new to the business, extra work is a great way to make contacts and learn about your art while getting paid. Sure, the hours are long and you’re not the star, but believable extras are crucial to a great project and give you a chance to be on screen doing what you love to do. Plus, it will enable you to be proactive in pursuing your acting career!

*This post was originally published on July 23, 2018. It has since been updated.

Melanie Forchetti
Melanie graduated from NYU’s Tisch School of the Arts with a BFA in acting. She worked at Writers & Artists and at The Firm, a celebrity management company. She is the former Head of Casting of Mike Lemon Casting, having cast over a thousand award-winning films, commercials, and television shows for networks such as Netflix, Amazon, CNN, Oxygen, and Investigation Discovery among others. Currently, Melanie is Head of Casting for Forchetti Casting, LLC in Georgia.
END_OF_DOCUMENT_TOKEN_TO_BE_REPLACED