Do You Really Have to Memorize Lines? 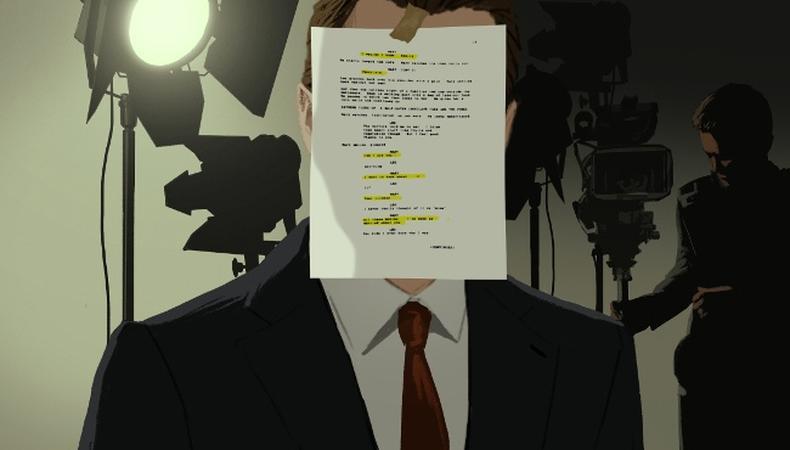 One of the eye openers about being a teacher isn’t the questions—it’s the answers. Over the years I have become more uncertain of everything, even the basics. Here is a frightening example: Two years ago, one of my students asked if it was important to learn your lines. (Pause for a bemused smile.) Of course you have to learn your lines! It is part of your job. It is what is referred to as “what you are paid to do.”

In the days when Marlon Brando was the ideal of every young actor, the stories of his refusal to learn lines were legendary. Brando felt the camera loved to look at the human face grasping for the next idea, and I believed it—especially when I had a lot of irritating exposition to learn.

I was playing “Computer Guy” on “Knots Landing,” a one-hour television drama from the 1980s. I had a scene where I had to deliver a half page of phony tech talk to William Devane, one of the show’s stars. When I showed up to rehearse the scene, William asked, “You didn’t learn that crap did you?” I said, “No, sir.” He patted me on the back and said, “Good man.” I cut the speech out of the script and pasted it on my computer screen and read it. I pointed at it and pretended I was showing William something on the monitor. Not my finest hour, but it worked.

On “Deadwood,” it was a foregone conclusion we wouldn’t be able to learn our lines. Ian McShane told me to keep looking at him, stay in character, and just call out “Line.” The script supervisor would feed us the next adverbial clause. In the end, the scene turned out to be a standoff of two actors saying “Line.” They cut it together and it looked great.

On sitcoms, writers occasionally hold out alternate jokes and spring them on the actors during the show. No rehearsal. The audience loves it. Especially if you forget what you’re supposed to say.

Arthur Rubinstein was one of the great pianists of the 20th century. He believed that if a pianist practiced too much, the piece sounded lifeless, like they kept it in their pocket. He felt there should always be a question as to what would happen in live performance. He said the audience could sense if there was blood in the work. He wanted to go out onstage with the uncertainty as to who would win that night—Beethoven or him. Of course, he was a genius. He could do those things and get away with it. Later in his life, after the birth of his children, he dedicated himself to more practice. He didn’t want to set a bad example.

The way I look at it, an actor only has two choices: You are either over- or underprepared. If you are overprepared it is easier to improvise than if you are underprepared and have to do the scene in one take.

So learn your lines.

Inspired by this story? Then check out our audition listings and get yourself out there!