Setting Up a Home VO Studio? Here’s What You MUST Know. 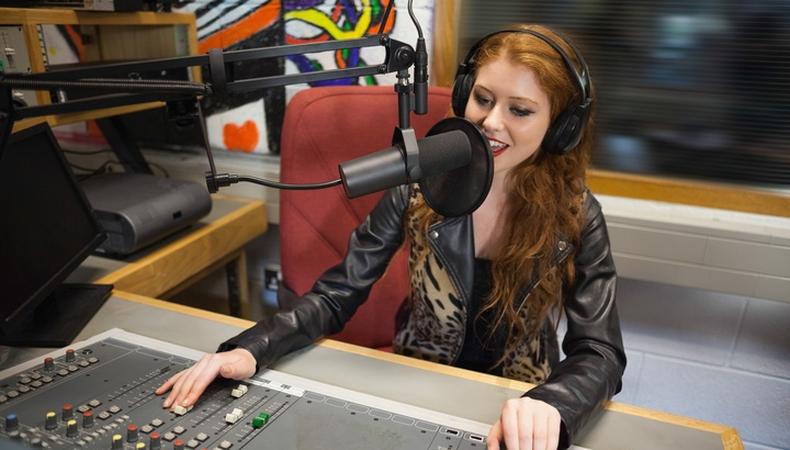 Setting up a home studio? As a voice over artist, the room in which you record is the most important factor to consider. It is more critical than your mic, your interface, expensive preamps, your computer and software. If your sound is compromised before it even gets to your microphone no amount of expensive equipment is going to be able to make up for poor acoustics.

There are two areas that you need to consider that are often confused and misunderstood; soundproofing and sound treatment.

The best approach when treating a space is to use multiple treatments concurrently to attenuate frequencies across the spectrum as evenly as possible. This is never going to be perfect, and short of a physics degree experimentation is going to be your best method for treating your recording room.

We’ll go into more details below, but here is what you basically need to do:

SoundproofingThis is the process of preventing sound from leaving or entering your recording space. This has nothing to do with optimizing the sound quality of your recording, rather it is a fundamental requirement before you even get started.

So how do you soundproof your space? It depends on many factors. As voice actors we rarely have to worry about sounds leaving our space as our voices tend not to carry to the same extent as loud music. So our main concern is to prevent sounds from coming in and interrupting us.

Where to recordMost people's first space is going to be a corner of a room or a walk-in closet in their home, and while this may not always look professional, if done correctly can produce extremely usable results. As you progress you may decide to invest in a dedicated audio booth, or even better a build out of an existing space (more on this later).

A walk in closet or a small room is useful as you can treat the whole space with a relatively small amount of material. If recording in a larger space, say a bedroom, you may be using that room for other purposes which is a compromise. With a larger space comes a larger area to treat and shares a larger surface area with neighboring walls or the outside.

Soundproofing Your Space
A lot depends on what you are trying to eliminate. If you live near a busy train line then you are going to have to spend an extraordinary amount of money (create multiple walls, float floors etc.) and even then it will not eliminate the sound entirely. If however you want to insulate against household noise, outside sounds such as leaf blowers etc... there are some more realistic things that you can do.

Mass is the name of the game here, even better is mass plus air. Allow me to explain further:

You will have the same issue with soundproofing your space.

Your sound proofing is only ever as good as it’s weakest point, so first you will need to make sure that your space is completely sealed starting with spaces around doors and windows that should be filled in. If the door is hollow you could try to fill it with sound insulating spray foam or replace it with a dense fire door. You can also add a sheet/s of sound proofing material that overlaps the frame when the door is closed.

If you seal the room so effectively that you are creating an airtight box, you will most certainly need to have a ventilation system to remove stale air and replace with fresh. The way to achieve this acoustically is to put the vent outlet in one part of the room and then pipe the stale/fresh air conduit around the room and then through the wall as far from the vent as possible. This serves to separate the end of the vent from the break in the wall and reduce that as a weak point where sound can leak in.

READ: “10 Questions Every New Voice Over Actor Must Ask”

Treating your wallsAdding another layer of plasterboard will help reduce upper mid and high frequencies (the thicker the better), but if you really want effective isolation you need to decouple an inner wall from the outer wall. This can be done with an entirely separate stud wall, unconnected to any other, or via resilient bars (R-bars) that screw to the outer wall and provide a surface for the inner wall to attach to. The air gap between either the stud wall or the R-bars offers decent isolation, and the decoupling of the walls reduces sound vibrating from one surface to another.

If this still doesn't do the job, adding multiple layers of different thickness plasterboard will further insulate the space. Floating floors and ceilings are also a consideration if this is where sound is leaking in.Sound proofing is expensive, time consuming and it is difficult to predict its effectiveness. So choosing the correct space to start with, and/or being able to live with certain restrictions may save you a significant amount of time, money and headaches.

Sound treatment Sound treatment deals with how the sound moves around within the room that you are recording in. When a sound is created it hits any surface in it’s path. This causes a reflection and the sound will continue bouncing off surfaces until it loses energy. These reflections interact with one another creating audible anomalies. Clap in an empty bedroom to hear some of these sounds in their most raw form. And as I mentioned in sound proofing, higher and lower frequencies behave differently.

For those of you who like statistics, the optimal reverberation time for speech is 0.2 of a second. (Don’t worry, you don’t need to know this to create a pleasant sounding space).

The approach that most people take is to buy a stack of acoustic foam such as Auralex (those square sheets made out of small foam pyramids/triangular prisms) to absorb reflections, and they stick it on every square inch of the space. While it immediately reduces a lot of audible reflections, it does so unevenly. As we mentioned before, different pitches have different amounts of energy. Acoustic foam is only really effective at reducing upper mid and higher pitched sounds. Therefore the higher pitched sounds are reduced but the lower frequencies are free to bounce around unimpeded creating an uneven and muddy or boxy sound where the low end dominates.

Middle and higher frequency reduction (attenuation)This is relatively simple, you can hang heavy drapes or thick rugs on the wall, you can use specialized products such as acoustic foam, you can bring in soft furnishings such as pillows and cushions. You can even hang thick clothing on hangers in various places around the space. If you’re feeling particularly handy you can construct your own acoustic panels. Check out this video from VO Tech Guru Tim Tippets who shows you how to do it:

Low frequenciesReducing low frequencies is tough, they tend to form what’s called ‘standing waves’. They can bounce off surfaces and react with each other causing some frequencies to be exaggerated and others to be reduced and on occasion even eliminated—it’s very complicated! (Google ‘phase cancellation’ if you’d like a headache).

But there are some things that you can do. Thankfully the human voice tends not to produce significant low frequencies at high volume, so the effect is not so pronounced, as it would be for mixing music for example. Even in VO low frequencies tend to build up in corners, so adding mass there can help to reduce them in the whole room. One simple and cost effective way that I have found is to put a tall, thin book shelf across the corner(s) and fill it with books and magazines. This both cuts off the corner of the room and also fills it with very dense material that soaks up the low end. You can also buy specific acoustic products called bass traps that stick to the wall or stand freely in the corner.

Diffusion
Another way to reduce reflections is to diffuse them. Rather than absorbing sound, diffusers scatter sound waves. They should be placed directly opposite the source (your mouth in our case) to stop the sound from bouncing back at you and around the room. The problem with diffusers is that you have to be at least two times the wavelength away from them for them to be effective. 100 hertz has a wavelength of around 3.5 meters (11 feet) so for them to scatter sound effectively in the lowest register of a deep voice you would have to be standing a long way from one (over 20 feet!). The human voice does not produce volume levels (a.k.a. sound pressure levels, or SPL) to really justify that kind of treatment. It’s also extremely unlikely you will be in a room that large.

That was a lot of information, but acoustics are vitally important for your recording environment and you must become familiar with the relevant facts. A lot of information that you can find online tends to be tailored toward recording studios and music production (amplified sound amplifies the issues). While a lot of it does translate to VO, we only really need to be aware of the issues discussed above. At least to start with. You can go and have a lie down now.

This series is presented in conjunction with VO School, an entirely free online course, which examines everything a prospective voice talent will need to know to embark on a career in VO. This course includes contributions from some of the industry’s biggest players building week-on-week into a comprehensive syllabus, which will serve as a jumping off point for further private study, one to one and group coaching.
Jamie Muffett is a British voice actor and Backstage Expert who lives in New York City. He is the driving force behind VO School, a free online resource that provides students with a comprehensive training in voiceover.
Inspired? Check out our voiceover audition listings!
The views expressed in this article are solely that of the individual(s) providing them,
and do not necessarily reflect the opinions of Backstage or its staff.

Jamie Muffett
Jamie Muffett is a British voice actor and podcast producer based in Philadelphia. Jamie is best known for playing Thatcher in “Rainbow Six Siege” and has voiced for clients including NBC, ESPN, Warner Brothers, Microsoft, and National Geographic. He also produces Backstage’s “In The Envelope” podcast. For more information: JamieMuffettVO.com.
END_OF_DOCUMENT_TOKEN_TO_BE_REPLACED