The 3 Types of Characters That Will Ace Your Audition 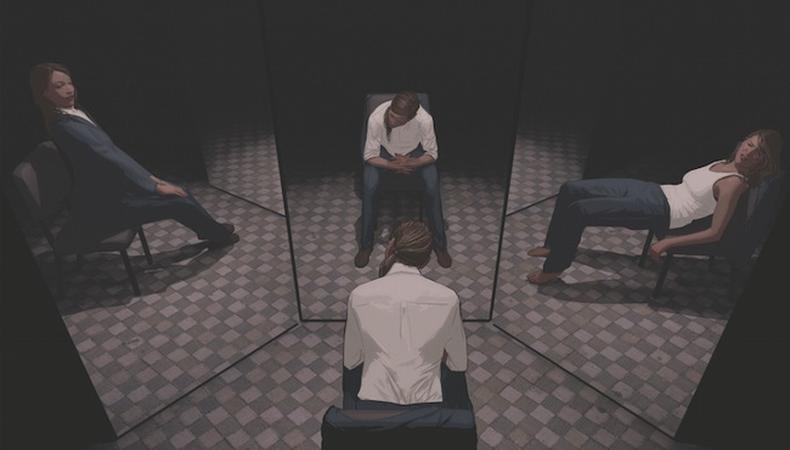 I always went to acting classes with a mixture of reverence and confusion. Everything sounded logical and simple—even holy. How can you argue with phrases like “24-hour emotional life” and “sense memory”? I felt confident I knew what I was doing until my next audition. I kept wondering when I was supposed to use my “magic if.”

I blame Stanislavsky. I’m sure he meant well. He was probably one of the greatest directors of the last century. But talking about his ideas can become like getting tequila drunk: eventually all you have is the headache.

I know that “playing the emotion” is disastrous. Emotions change rapidly. Every take, every performance is different. I go through 50 or 60 emotions waiting in line at Starbucks.

We live in an era when actors put a high value in finding the emotional truth of a part, unless they’re in a “Transformers” movie. Is there any other “method” that approaches the problem of finding truth in a simpler way?

Perhaps. The joy of this method is that it is Stanislavsky adjacent.

Michael Chekhov was one of the leading actors in Stanislavsky’s Moscow Art Theater. He was the nephew of the great playwright Anton Chekhov. He had his own system of acting that is simplicity itself. Chekhov said there were only three types of characters. That’s it. Three. Head, heart, and groin characters.

Head characters walk on the balls of their feet. They sit forward in chairs. All gestures seem to come from the head, as does all of the emotional energy.

Heart characters walk flat on their feet. Balanced. They sit upright. All gestures come from the center of their being. Chekhov noted that the heroes and heroines in Shakespeare are heart characters.

Groin characters walk with a low center of energy. They slouch into a chair. They lean back. All gestures come from the hip. On HBO’s “Deadwood,” almost all of the characters had a groin-centered energy. I suspect this came from wearing gun belts. Costumes make a difference.

It sounds simplistic. I know. But try it out at a grocery store and see what happens. Note how your energy and rhythms shift. I have found this method of acting has enormous value.

Try it yourself. Rehearse an audition piece using the three different placements of energy. It always affects the scene and often in an interesting way. Use it as a tool to look beyond the conventional. If you are reading for the part of a scientist, conventional wisdom says “head character.” Flip it. Try it as a groin character. If you have a voiceover and the director gives you three takes, try switching from head to heart to a groin-centered energy. You will have three completely different reads at your fingertips.

The results are not as robotic as you might think. The physical can lead to the emotional. Ask any dancer. Just for fun, look into Michael Chekhov’s three types of characters. If nothing else, it’s easy to remember.

Stephen Tobolowsky is an actor, author of "The Dangerous Animals Club," and teaches improvisation for Kalmenson and Kalmenson.