WATCH: Check out Sarah Michelle Gellar in One of Her Very First Commercials 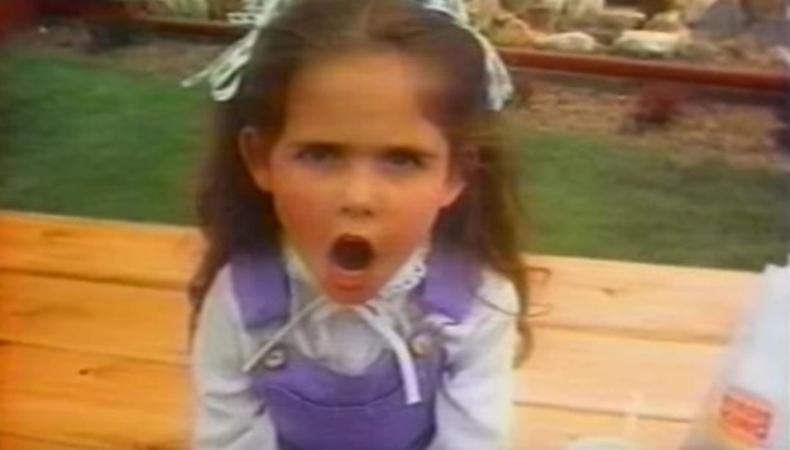 Before scream queen Sarah Michelle Gellar starred in “Buffy the Vampire Slayer” and “The Grudge,” she appeared in a number of Burger King commercials. We dug up some of Gellar’s clips from the ‘80s and discovered that she doesn’t mess around when it comes to burgers.

In this 30-second spot, the itty bitty star sports purple overalls and asks viewers if she looks “20 percent smaller” in size. In a matter-of-fact tone, she explains that every time she goes to McDonald’s to order a regular burger, she ends up with one that contains 20 percent less meat than the one Burger King makes. It’s “unbelievable!” Her solution for kids who want to show McDonald’s how they really feel? Go to Burger King.

Watch the clip below to see a young Gellar deliver a “very big message for grown-ups.”

Check out our commercial audition listings!