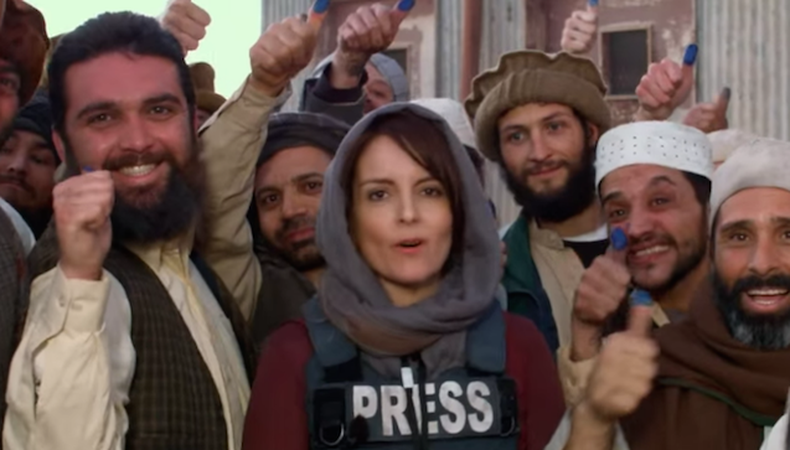 Tina Fey dances with guns, Afghanistan, and fellow journalists in the new trailer for the comedy “Whiskey Tango Foxtrot.”

“Whiskey Tango Foxtrot” is based on former Chicago Tribune reporter Kim Barker’s memoir about her experiences reporting in the Middle East, “The Taliban Shuffle: Strange Days in Afghanistan and Pakistan.”

Check out the trailer below!