10 Podcasts Every UK Actor Should Be Listening To 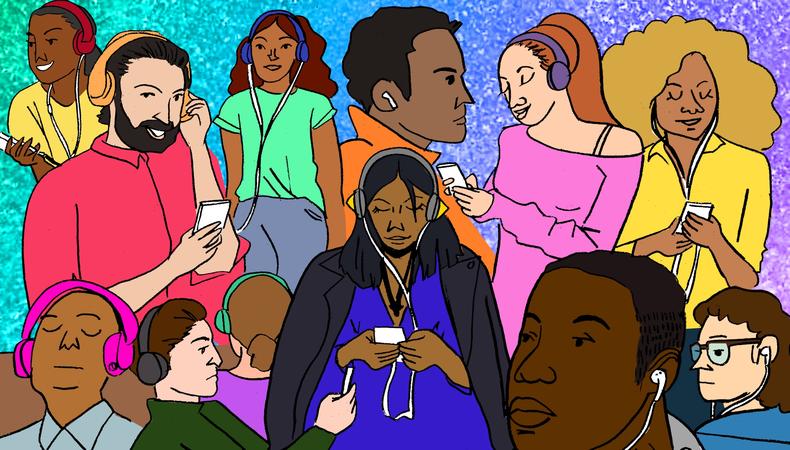 Back in the days when Jonathan Harden searched “actor” on iTunes podcasts, there was no great content for performers so he started making his own – The Honest Actors’ Podcast. Today, there’s a whole landscape of podcasts made by performers, theatres, or institutions, offering insights into every aspect of the industry.

Now you can discover the highs and lows of acting first-hand and keep up-to-date with the industry. Young actors can find comfort in listening to performers who overcame exactly the challenge they’re facing, and actors of any age can seek solace in hearing that it’s never been easy to crack this job.

The issue is that there’s more series than anyone has time to listen to, so sorting the wheat from the chaff is a trial and error exercise. That’s why we’ve done the listening for you and found the top 10 podcasts to inspire, challenge, and offer practical advice for actors at any stage of careers. In no particular order, here’s the cream of the crop.

As mentioned, Jonathan Harden’s series was a reaction to the lack of content for actors a few years back. But even now that it has plenty of competition, it stands out for being a frank and personal look at the experience of working as an actor without any “how I made it” stories or luvviness. Highlights include Denise Gough (both times), Noma Dumezweni, the mini-series with emerging actors, and spin-off project Talking Taboos with actor Helen Vine.

READ: The Podcast Confessions of an Honest Actor

Named after damning statistic that 98% of performers don’t earn enough to support themselves through acting alone, hosts Alexa Morden and Katie Elin-Salt have created a podcast that is part series and part community. Perfect for young performers who want to know the reality of drama schools, auditioning, and getting by, the pair also take a deep dive into issues such as non-binary actors, being a performer with dyslexia, and the dos and don’ts of self-tapes. Highlights include Mike the Hamley’s Elf, a two-parter on ageing, and a world-renowned performance coach giving tips on resilience.

READ: If You’re a Famous Actor This Podcast is NOT for You

The first in our pick of podcasts that are a step outside the industry, Adam Buxton’s eclectic mix of guests includes comedians, filmmakers, journalists, musicians, and yes, actors who speak candidly about what inspires, drives and annoys them. Freewheeling and tangential, expect tearful ruminations on David Bowie right next to moments of infectious good-humour or timeless wisdom. Subscribe for a break from the “how to” and a shift into the “why not.” For what is often seen as a blokey podcast, highlights include the irreverent Kathy Burke, Cariad Lloyd, Diane Morgan, Greta Gerwig, and Gentlemen Jack creator Sally Wainwright.

Pioneers of affordable training and workshops, supporters of emerging talent and all-round legends The Mono Box have launched a podcast that’s worth your time. Co-hosts Polly Bennett and Joan Iyiola talk to renowned actors about finding their feet, developing a career, and stand-out plays they’ve been involved in. At the end, each guest delivers their favourite monologue (hence “Speech Share”), making the podcast a treasure trove of performances. Highlights from Series 1 include Sir Derek Jacobi (of course), Patsy Ferran on “continuous learning”, and Cherrelle Skeete on coming to acting from dance and finding her voice. Look out for live recordings at Hampstead Theatre in 2020.

READ: Everything UK Actors Need to Know About Monologues

A podcast for anyone interested in making their own film, The Filmmakers Podcast features a mix of hosts talking with directors, producers and actors about every stage and budget of filmmaking, mixing practical advice with thoughtful interviews from some of the best voices out there. Highlights include actor, writer and director Jim Cummings (Thunder Road), how to make a feature film for £45 and Mark Strong on auditioning for Bond.

Actor Amy Worthington has aimed her podcast squarely at the realities of the acting profession: the “pressures and strains of breaking into an ever-growing, ever-changing, ever-demanding industry and how we may maybe one day become relevant.” As well as her fellow actors, she hosts casting directors (including our very own Hannah Williams), talent agents, writers, and producers.

One for performers who live, eat and breath films, School of Movies is a round-table discussion with cinephiles who leave no stone unturned in the story of how films are made and watched. Each episode sees hosts Alex and Sharon Shaw take a film (and occasionally a TV series or game) and dissect it, often with the help of fellow film-lovers and critics. Highlights include the team’s analysis of Stranger Things, Get Out and the strange story of The Island of Dr Moreau.

The Young Vic’s brilliant but sporadic podcast isn’t one to rely on for a new episode every week. Presenting quality over quantity, it’s been slowly but surely building up a catalogue of interviews with a range of leading artists during their time at the theatre. Using what’s on stage as a springboard for wider conversations, it’s one for theatre nerds and those looking to get inside the nitty-gritty of a production. Highlights include Juliet Stephenson on theatre and activism, Sharon D. Clarke on her journey to the stage, and Gbolahan Obisesan talking representation in the arts.

Actor Craig Parkinson hosts an informal discussion series, starting off with Line of Duty co-star Vicky McClure and working through some of the finest actors around. It’s so informal that you’ll often feel like you’re at a pub table with two old mates. Highlights include Jodie Whittaker, Jonjo O’Neill and an interview with someone who left the industry.

READ: How This BBC Actor Created 1 of the Most Successful British Podcasts

OK, so we might be biased but our very own podcast deserves to make this list for the names alone. There’s Rocketman star Taron Egerton on preparing for auditions, Jonathan Van Ness on making your own web series, Hayley Atwell on breaking into America, Gary Oldman on recovering from rejection, and the one and only Patrick Stewart on the similarities between Shakespeare and sci-fi. Host Jack Smart holds intimate, inspirational, career-spanning interviews with some of the world’s most talented stars. And the whole back catalogue is available wherever you get your podcasts.

Have we missed your favourite podcast? Join the conversation on our Twitter feed.