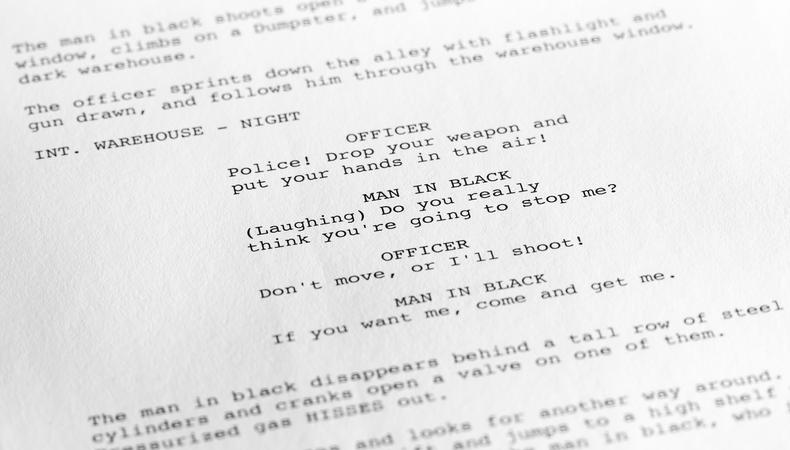 Memorizing lines is among the most important skills an actor can have. And being able to do so quickly and efficiently is a godsend. Of course, learning lines doesn’t come naturally to everyone. So if you’ve ever wondered whether it’s worth your time to get off-book for an audition—particularly if it’s going to take you awhile—why not look to the experts for advice? We rounded up tips from seven stage and screen actors, including Glenn Close and Leighton Meester, on how best to remember your lines for an audition.

Glenn Close, “The Wife”
“Now it’s so different because people make tapes and people are expected to memorize lines in auditions, which I think is nuts because then a good 30 percent of you is trying to remember what the lines are instead of trying to get the meaning or the nuances from the scene. [But] what I used to do is I’d work on something and I’d get myself at this pitch, on this razor edge of energy and concentration—which is fine if I could hold that till the time I would walk in the room and perform. And if I could hold that, I more often than not got the part.”

Leighton Meester, “Take It Easy”
“The most important thing for me is to try to be relaxed. An audition, in any situation, is the least relaxed environment, so I do everything I can to be relaxed because I do a lot better [that way]…. Nothing makes me more tense than not fully knowing lines.”

Lili Simmons, “Ray Donovan”
“I lock myself in my home. I have to have the lines memorized. I know some people can go in and do a great job reading off the script, but not me. I use the [Warner] Loughlin technique: finding the human-based emotion of a character and [thinking about] how they think and how they would respond to the situation.”

Lela Loren, “Power”
“I do it in layers. First, I read it a couple of times without putting anything on it. Then I start memorizing it, and then I put it down and memorize it again; put it down, memorize it again. And then I start playing with the choices of it, but I get the words down in myself before I start getting ideas.... And then I try to harangue anybody I can to run lines with me. I usually need to run it in order for it to be good. I envy those actors who work in a vacuum and present it flawlessly. I can’t—I have to work it [with someone else].”

Lily Mae Harrington, “Some Freaks”
“Being a singer, I have always been really bad with memorizing the intonation and melody of the way a sentence is said, so I like to memorize things either monotonically or by writing them down and not saying them out loud until I’m fully running the scene completely off-book. I don’t really work well until I’m off-book.”

Malcolm-Jamal Warner, “The Resident”
“My approach is to look at the character’s world. Often, we get so locked into memorizing lines and practicing how we’re going to say those lines, when in reality the lines are just a symbol or representation of the person. I spend a lot of time getting into the character’s life. Every character has a point of view, so what informs this character’s point of view?”

Geoff Stults, “Unforgettable”
“I used to think that if you just memorized your lines, you did the work. I studied with a woman who I think is a genius. Her name is Deborah Aquila. She really changed the way that I did things. I was so terrified of her criticisms because I wasn’t prepared, because I didn’t have a backstory, because I didn’t know where this guy went to high school or what his mom did for a living and what he liked to eat during the day. I always thought that was just overkill, but there’s just no other way to do it. If you do the work and you really put the time in, and you have a story and understand where this character is coming from, you might not get the job—because you’re not the right look or the right essence or you’re too good-looking or you’re not good-looking enough—but you can go into that audition, do the job and you [won’t] leave feeling like, ‘Man, I should have studied harder’ or ‘I should have said this line different.’ That stuff falls by the wayside if you have done the work and if you have prepared. And I credit my recent success to her. My process used to be the old wing-it method, and that can only get you so far.”