Broadway Preview: 12 of the New Season’s Most Anticipated Shows 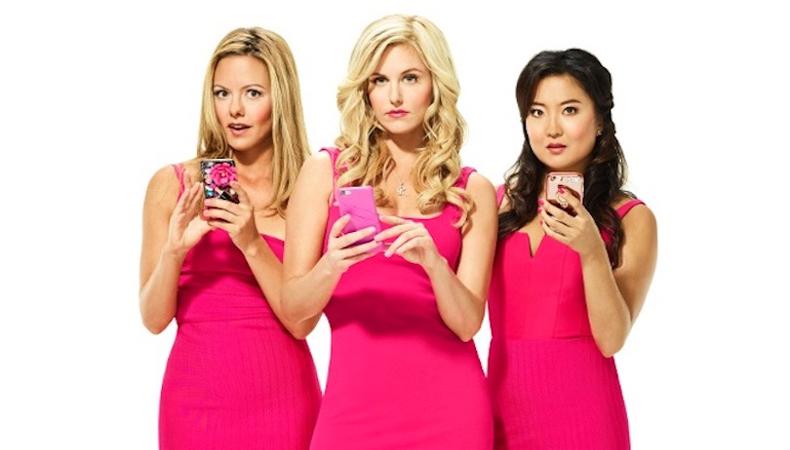 Revivals and adaptations; comedies and dramas; legends and professional debuts: The new Broadway season will be an eclectic grab bag for theater-goers of every inclination.

“Frozen”
Given the unprecedented success of Disney’s animated hit “Frozen,” it’s unsurprising the franchise worked with hyper-speed to rev up a stage production. But audiences shouldn’t expect an exact replica of the icy feature when performances begin at the St. James Theatre Feb. 22, 2018. Directed by Michael Grandage, known for his work on such heady plays as “The Cripple of Inishmaan” and “Hamlet,” this adaptation will veer decidedly darker. Ebullient young girls in blue dresses can rest easy, though (and their parents should brace accordingly): “Let It Go” will be heard in full at each performance.

“Angels in America”
A two-play drama that runs in total a cool eight hours would, under most circumstances, be a nightmare for seasoned and novice audiences alike. But every minute will be equal parts wrenching and satisfying in the forthcoming revival of “Angels in America,” Tony Kushner’s tour de force drama about the AIDS epidemic, making its way back to Broadway for the first time since its debut in the 1990s. Tony winner Nathan Lane and Oscar nominee Andrew Garfield will lead the production (as they did in London’s West End, where it ran earlier this year), when it begins previews Feb. 23, 2018.

“Carousel” and “My Fair Lady”
In a Broadway landscape currently ultralight on classics, two golden age hits will make grand returns to New York’s biggest stage next spring. “Carousel,” the Richard Rodgers and Oscar Hammerstein II masterwork, will begin previews at the Imperial Theatre Feb. 28, 2018, seeing Tony winner Jessie Mueller in the role of Julie Jordan opposite Tony nominee Joshua Henry as the antihero Billy Bigelow. Further uptown at the Vivian Beaumont, storied director Bartlett Sher will oversee the “My Fair Lady” revival, beginning previews March 22, 2018—which, enthrallingly, has not yet announced its leads.

“The Band’s Visit”
In a season that skews inordinately commercial, with adaptations and big name properties galore (“SpongeBob,” “Frozen,” Jimmy Buffett’s “Escape to Margaritaville”), one new musical offering will serve as the antithesis to Broadway bluster. “The Band’s Visit,” David Yazbek and Itamar Moses’ gorgeously understated adaptation of the 2007 film, opened to rapturous praise Off-Broadway last season and is positioned to be the year’s critical darling, having already been nominated for best musical at the 2017 Drama Desk Awards in its previous incarnation. Three-time Emmy winner Tony Shalhoub leads the tuner’s eponymous band, opposite Backstage cover star Katrina Lenk in a role likely to propel her to leading lady superstardom. Previews begin at the Ethel Barrymore Theatre Oct. 7.

“SpongeBob SquarePants”
Theater elitists may bemoan the arrival of the “SpongeBob SquarePants” musical when it begins performances at the Palace Theatre Nov. 6, but they shouldn’t be so quick to write off this cunning take on a quirky kids’ favorite. The insidiously smart score features a hodgepodge of all-time great songwriters including Cyndi Lauper, Sara Bareilles, John Legend, and Steven Tyler, and director Tina Landau has taken the show down a surprising and inspired avenue that is both sophisticated and true to the original source material. In place of cartoonish costumes and outlandish character portrayals is, instead, a humanized and fleshed-out group of individuals who want to do right by each other and the under-the-sea town they love.

“The Parisian Woman”
While many theater creators this season are using their respective shows to escape today’s politics, others are leaning into it—hard. In his first Broadway venture, “House of Cards” creator Beau Willimon will, unsurprisingly, rank among the latter. Willimon’s political drama, “The Parisian Woman,” will star Uma Thurman in the title role, making her long-awaited Broadway debut. Josh Lucas and Tony-nominated “Hamilton” star Phillipa Soo round out the cast of the play, which will be directed by Tony winner Pam MacKinnon. Previews start at the Hudson Theatre Nov. 9.

“Once on This Island”
Lynn Ahrens and Stephen Flaherty’s “Once on This Island” returns to Broadway for the first time since it opened in 1990, and it will be thrillingly staged in the round at the panoramic Circle in the Square Theatre. Directed by ever-innovative Michael Arden, whose last Broadway credit was the Deaf West production of “Spring Awakening,” the cast will be led by Tony winner Lea Salonga alongside a slew of both stage veterans and newcomers. Previews begin Nov. 9.

“Escape to Margaritaville”
As far as the season’s escapist offerings go, no one will do it more fervently—or literally—than “Escape to Margaritaville.” The tropical tuner will feature a score comprised of the hit Jimmy Buffett songbook, and will most appropriately open in the dead of winter at the Marquis Theatre; performances begin Feb. 16, 2018. Tony-winning director Christopher Ashley (“Come From Away”) will helm, with Paul Alexander Nolan and Alison Luff in place to lead, as they did in the show’s out of town tryout in San Diego.

“Three Tall Women”
Laurie Metcalf just won a Tony Award for her leading role in this past season’s “A Doll’s House, Part 2,” but she’s wasting no time returning to the stage. For the third year in a row Metcalf will, thankfully, open a play on Broadway, starring this time around as one of the “Three Tall Women” in a revival of the Edward Albee drama. Beginning performances at the John Golden Theatre Feb. 27, 2018, Alison Pill and Glenda Jackson will complete the titular trio in the Joe Mantello–helmed piece, which depicts three women of different ages as they discuss their lives and familial relationships.

Casey Mink
Casey Mink is the senior staff writer at Backstage. When she's not writing about television, film, or theater, she is definitely somewhere watching it.
END_OF_DOCUMENT_TOKEN_TO_BE_REPLACED